The End of La Belle Epoque

Endings carry a certain weight – a call to reflect, and the knowledge that something different is about to begin. The End of La Belle Epoque, a new book from Ukrainian photographer Misha Pedan, transports us to Soviet Russia between the years 1986 and 1989, the precipice of the collapse of the Union. Before even opening the book, the title provokes our loyalties and values – by bestowing the label of a ‘beautiful era’ to this period of time so directly, it becomes unclear and arguable whether Pedan means the beauty as genuine or ironic. The accompanying text acknowledges the duality in perception: “The fall of the Soviet regime, according to one perspective, is the central revolutionary event of our time; according to another, it represents its greatest geopolitical catastrophe.”

And so we dive in. With Pedan as our guide, we walk the Soviet streets in 92 black and white images, catching sight of a small babushka in headscarf carrying a bucket, then horsing around with a group of construction workers as they break from digging up a sidewalk to have an ice cream, and later being ignored by a man and woman as they sit on a ledge sharing slugs off a glass bottle. Taken mostly in Kharkiv, the images also show scenes from St. Petersburg, Moscow, Odessa and Poltava - though the locations are not readily distinguisable from each other. In many images, we see scenes and fashion that are quintessentially Soviet Russian – for outsiders, icons that offer a clear demarcation of exoticism, like the Russian fur hat and the concrete jungles of communist block housing. Other images portray symbols of the ‘80s that are more connected to Western pop culture - like young women with feathered hair and stone-washed jeans - delivering a firm sense of the transition afoot.

Though nostalgia is somewhat inherently driven by the experiences of one’s own culture, the book manages to express a more generalised notion of nostalgia well. Displaying the images with the film’s black borders left intact, capturing small moments of interaction in the street and collecting a certain amount of relaxed joie de vivre in the people he encounters, Pedan shows us something of a sweet life that we might not have experienced, but we would have liked to see. The book itself, lined with a kitsch pattern of illustrated men rowing through geometric blue waters, not to mention the vibrant red coloured edges of the book, draws us into the emotion of the place and time. Enclosed in a thin cardboard slip-case, titles printed in Russian and English, and sealed with a small cloth ribbon, the book’s craftsmanship and attention to detail is also reminiscent of times gone by. It’s a welcome and precious object.

Of course, like all nostalgia, the bad bits are omitted or seen through eyes obstructed with fondness; essentially, we're looking through the rose-coloured glasses of a Ukrainian who has been based in Sweden since 1990. Like images showing an idyllic childhood, we know there are many things left out, or scenes which take on a new interpretation in hindsight. Though there are images of soldiers, images of children playing on tanks, and the infamous grocery queues, there's lightness rather than weight. As an outsider to this experience, this is not the Soviet Russia of the ‘80s that you might think of, but perhaps for this reason, it’s worth taking a stroll along the street with Misha Pedan in the midst of the beautiful era.

The End of La Belle Epoque has been published as an edition of 500 numbered and signed copies. It’s available for sale online through the konst-ig bookstore in Stockholm. 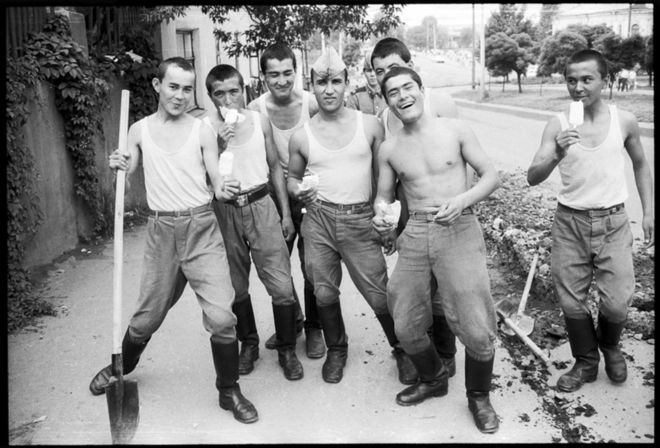 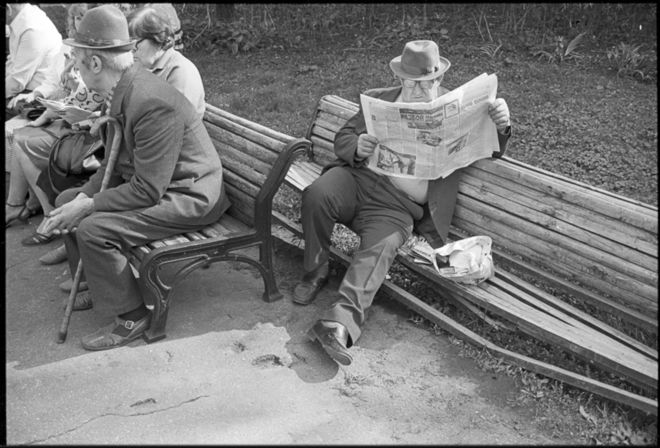 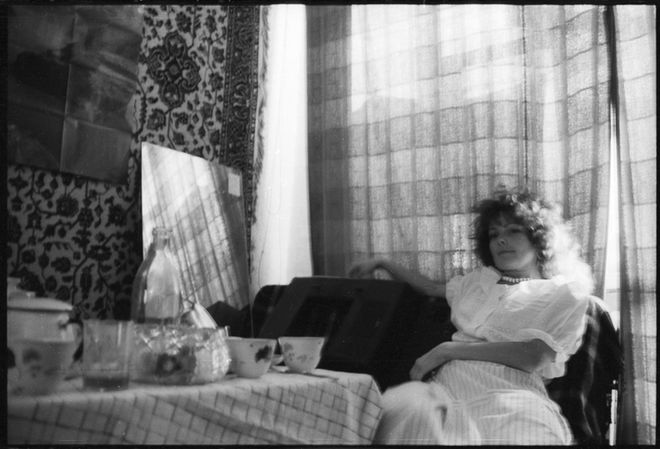