The Art of the Photobook: An Interview with Teun van der Heijden

Teun van der Heijden is one of a few well-known photo book designers, having produced such works as Black Passport with Stanley Greene, Diamond Matters by Kadir van Lohuizen, and most recently, Interrogations by Donald Weber. Contributing writer Katherine Oktober Matthews speaks with him about the importance of the form of photo books, why design matters, and the risks of making controversial books.

Your work on photo books extends much further than layout, they really do embrace the concept of books as an art-object. Why is that aspect important to you?

That aspect is important to me because of the role that the photo book plays in the total outcome of images. People today are bombarded by images. Language changed very much from the written language to the visual language. That already happened with film and television, so already for more than fifty years, but especially since the internet, visual language more or less exploded.

For me, the visual book has that same intensity as a novel had in the world of written language. But since it is visual, it goes deeper. It’s literally three-dimensional. You can feel it, it has substance, but you can also feel it on a two-dimensional level. It’s a total experience. That’s what makes books different from digital presentations, for instance, and somehow go deeper or more intensely than stories presented in a different way. That’s where the book stands out more, and I feel that the book therefore has to be an object.

If I would compare that with a more or less standard coffee table photo book – a hardcover with nice, glossy paper that’s easy to print on – then the difference between the presentation on the screen and on that glossy paper is not that big, compared to when the form of the book comes from the core of what the story is about.

Are there any particular challenges specific to photography books, as opposed to other types of book design?

It has to stay a photography book, not a design book. The design skills for a photographic book are seen less, but they are there. It is about the choice of paper, but it’s also about color. Not so much the color you add to the book like red pages, but part of making an interesting sequence is often the way the design which is hidden in the photograph is placed in sequence. You don’t add color, you simply have to search for it – it’s already there! 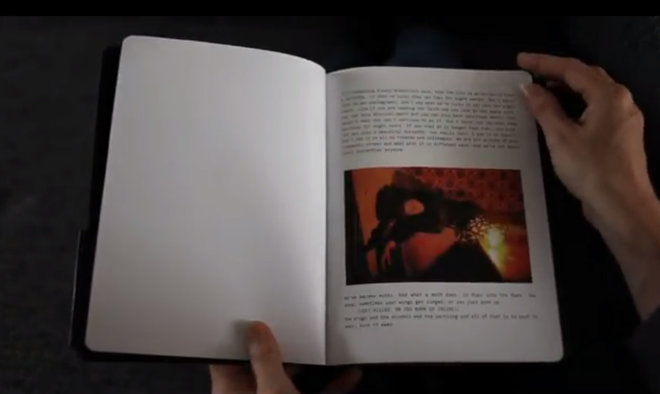 Photographers are often lousy editors of their own work. One of the elements of editing is that it’s also design work. Design is where color comes in. If you have a color story, how do colors match or mismatch? But also in black and white photography, do you combine a very white photograph with a very black one? Basically, these are design decisions, and most photographers are not designers. That’s where a designer can really add to an edit. If a designer has experience and knowledge of all those three layers – the design knowledge, as well as the photographic quality knowledge, as well as the storyline knowledge – then you are capable of using all these elements at the same time.

Design is very important, but when someone looks at a photo book, they may say it’s a very nice book, but they would never recognize it as the design element. The same goes for typography, most photo books I hate are because of lousy typography.

There are a lot of photographers trying to produce books now, so you must be selective about which projects to take on. How do you choose?

A project has to appeal to me, but it’s not that I’m only interested in certain projects. I have a history in journalism, and a lot of the books I’ve done in the past are journalistic photography books. If you become specialized in something, it may be interesting because you’re experienced in it, but at the same time it also haunts you.

If a photographer comes to me who is not a journalist, I’m already interested because I want to explore other fields as well, but I think that the main decision is based around the idea that project needs to have book potential. I don’t know exactly what that means, but I have to feel from the beginning the possibility of ending up with a book as an object. 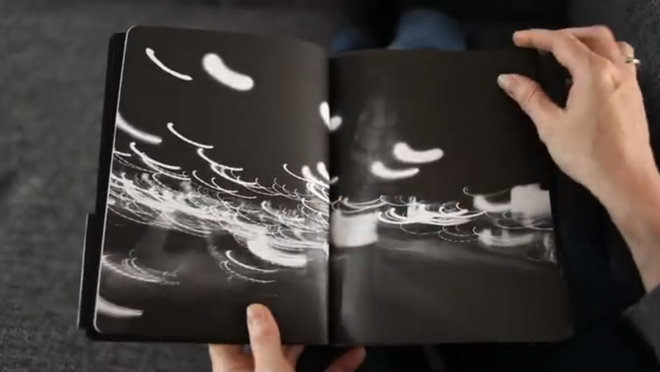 After you take on a project, what’s your book-making process like, from inspiration to knowing that it’s done and ready to be shared?

The first step is always take the photographs off the screen, put them on paper and put them on the table. The second step is to put the photographs in order and bind them. Go through the booklet. Then things start to happen, and you reflect on that.

Basically the whole process of book designing is repeating those steps one after the other. By going through it multiple times, you come up with ideas.

Black Passport, the book you did with Stanley Greene, was quite different because you did more than just design it, you compiled it. How did that come about, and why was that the right choice?

Sometimes things happen because the time is ready for it. I got a phone call from Stanley and he said I love that little Diamond book you did with Kadir, and I want to make my next book, and you have to design it!

Basically we started traditionally – the idea was that the book was going to be an overview of his conflict work. The thing is that, when I was going through the archives with Stanley, I found out that he still did some fashion shoots, and in the days that he was a fashion photographer, he was also shooting his girlfriends and a lot of private work. So, that’s why I came up with the idea of making an edit where the two sorts of photos were combined. 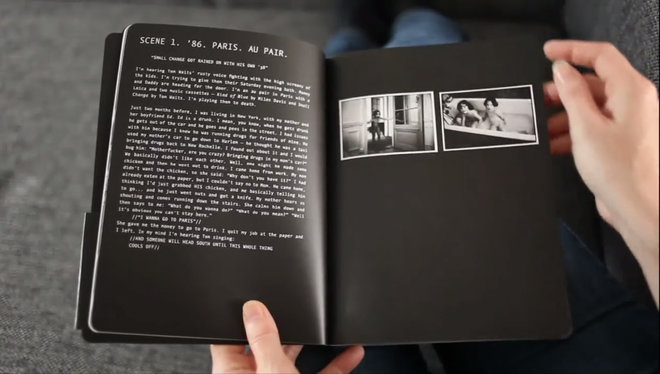 I knew at the beginning, it was going to be very, very dangerous, because he showed me photographs of one of his ex-girlfriends half-nude on the bed, and then there are the other photographs of burned bodies, and I thought, Woah, this is very difficult and dangerous to combine, but therefore it’s also very interesting to try.

It’s impossible to do a sort of documentary on somebody’s life while having him involved at the same time. So I said to Stanley, this is my proposal: the book has to be about you, and from now on, you are not going to be involved in the process anymore, you are going to be the subject. You have one important role: you have to inform me about your life.

When you talk about the ‘dangerous’ nature of Black Passport, it seems there was also an element of this in your work on Interrogations – at one point, it changed from a photo story about Ukraine to a story focusing on the interrogations. Do you naturally tend towards the controversial?

I wouldn’t say I tend towards the controversial, but I do think that for me, it’s easier to make these controversial decisions than for the photographer who is directly connected to the subject. There’s still the question of how far do you go, but I look for the potential in the story.

If you take Donald for example, he is a very intelligent guy, so I didn’t have to tell him that the interrogations images had potential – of course he knew. But there are a lot of ideas in his head about the project that he’s attached to. One of the issues is that it’s very hard to disconnect from the first idea, the second issue is that everyone knows looking at these photographs of the interrogated people that there is a sensitive element. You are there as the photographer, as an intruder. If you decide to do a project differently like this, you’re basically experimenting, and there has to be a reason for it. If the only reason is aesthetics or art or whatever, those are false reasons. But, if the reasons bring the story forward, from which other people can learn something, then that can become an interesting reason. 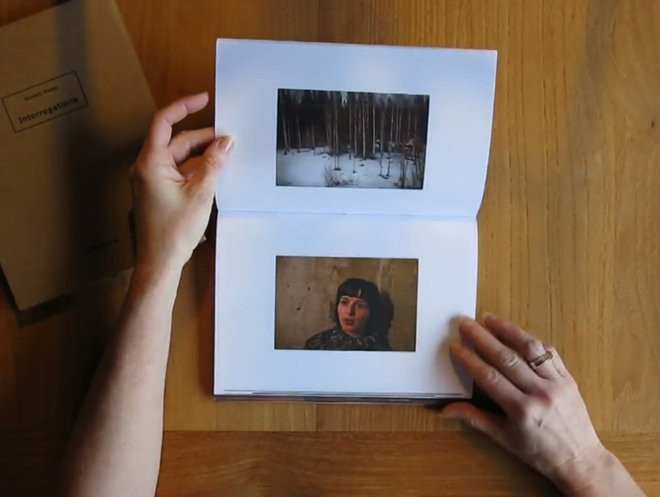 In the case of Black Passport, why would I make a book about the private life about a conflict photographer? He is someone who gives a voice to the people who are otherwise not heard. That’s his profession. It could be that nobody is interested in his private life – who he is or what he does may simply not be interesting.

Nowadays, in the overflow of storytelling and visual information we get, I believe it is interesting to know this character. Nowadays, with all the possibilities, the photograph is not representative of truth anymore; it’s also about the voice of the photographer. If you get to know who this photographer is, if he is presenting himself in his full honesty, you can be totally against this character, but at least you can judge him, because you know him. It’s not only the guy who makes these photographs, but here he is in his almost full nakedness, with all the things that he represents. Yes, he presents himself as a rock star when he’s at photo festivals, and yes, he has fans who adore him and all that, but at the same time, he has difficulty having a normal life. Life is a multi-layered story.

While Black Passport is structured with a series of texts, revealing a lot about Greene, there’s not much descriptive text at all in Interrogations, for example about who the people are, or what they’re accused of. What do you think that gives to the viewers?

That choice is partly connected to the fact it is a sensitive topic. If you name the people, they’re easier to find. Some of the photographs were already published with captions, partially because World Press Photo always presents photographs connecting them to context.

The decision also came because we saw the concept of what the book represented. I see it as a book that can function not only as a documentary of these interrogated people in the Ukraine but, at the same time, a metaphor for power. We made the decision of not using captions concept-matically, because the book was stronger as a metaphor. 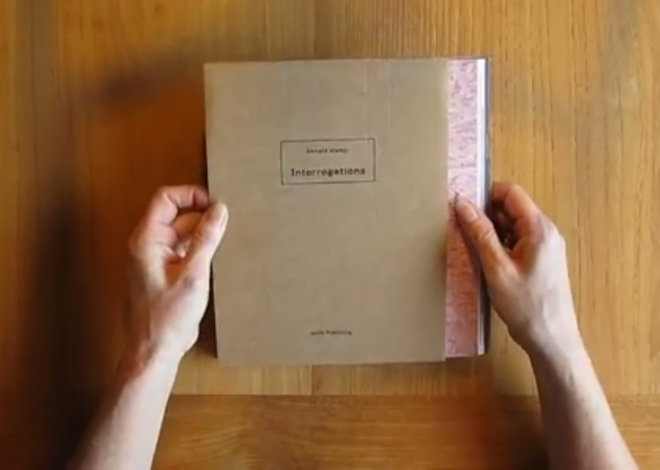 What I want to say about Interrogations, is that if you look at this work, it makes people think. Some people have power, other people do not. One of the things that is interesting about Interrogations, is that it’s a documentary about people being interrogated in the Ukraine. In the Ukraine, policemen have different rules than in the west, but in most cases the difference is not that big, and one of the things that you feel going through the images is that similar interrogations will happen here as well. It even represents differences of power in other relationships, not only literally policeman and interrogator, but parents and children, teachers and students. Donald visualized the psychological abuse of power, and this is everywhere.

Yet, there is the matter of protecting the people he literally photographed. You can only go so far. You have to do it the best way possible, with the highest respect for the people. There’s always the risk that you cannot fully judge what happens when you publish the book, so the only thing you can do is be totally honest and be responsible for what you did.

Learn more about the work that Teun van der Heijden does on his web site, Heijdens Karwei. Read our book reviews of Teun's book projects Black Passport and Interrogations.