Re-imagining Sharpeville is a social documentary project about the South African township of Sharpeville, a historically rich and significant place, due to its role during Apartheid (1948-1990). South African photographer Tsepo Gumbi (b . 1982) grew up and lives in this township, and he noticed that the only known photos of this place were of the cruel historical events that took place there, and there was a distinct lack of contemporary photographic viewpoints. So, he decided to document it himself; showing the township the way he knows it. He shifted focus from the well-documented historical aspects towards the personal and ordinary and produced a set of photographs that depicts the current social landscape of Sharpeville. We had a chance to talk with Gumbi about the history, personal experiences and the importance of visual material

Your series is about documenting Sharpeville in the way you know it, rather than the well-documented historical aspects. What exactly are these historical aspects that you wanted to overcome?
Sharpeville came into the spotlight when there was a massacre in 1960, on the 21st of March. The police shot at people that were demonstrating peacefully against the ‘pass laws’ that obstructed their freedom. A lot of people got killed and wounded, including women and children. This event was well-documented in the press and got a lot attention locally as well as internationally. After this event, the political landscape changed. The happening caused intensified pressure on the government to abolish and discard these laws. In the end this led to the signing of the new constitution of the Republic of South Africa by Nelson Mandela in 1966, which he signed in Sharpeville.

You were born there in the ‘80s. How was it to grow up in Sharpeville during that time?
In the ‘80s there were still riots every now and then, and at these moments you had to stay off the streets. But in the ‘90s things became calmer. This was because there was a dialogue which brought all political parties together so that they could discuss a way forward. Although this disquietedness sounds intense now, to me it was all quite normal at that time. When you do not know life beyond your own community, you get to a point where you don’t know if certain things are normal or abnormal. To me this was just the way we lived.

When you do not know life beyond your own community, you get to a point where you don’t know if certain things are normal or abnormal

Apartheid ended in the ‘90s, but did it still have a large impact on daily life before that?
The pass laws were not as tough and heavy as they were in the early ‘60s. Then, you would always need a pass if you wanted to move from one place to another, even it is was only to see a relative. But all those things were not in place anymore when I grew up. In the ‘80s we were free to go out of town and to other places.

When did you develop your interest in Sharpeville’s history and the urge to add your own photographic body of work to the dialogue?
During my schooling I was not aware of the events that happened on March 21st. It was only at high school that I first found out that something terrible had happened here, which was a very important part of South Africa’s history. I started to create curiosity towards it and it made me want to find out more. During my research, I noticed that there was a lack of current and contemporary photographic material about Sharpeville. Only press photos of the historical events have become popular, which makes it so that the Sharpeville of today is still highly related to its past. This is why my investigation started. The history is indeed interesting, but as someone who grew up in this township, I realised that there is much more to us as a community than just our political history. I wanted to bring that dialogue and show the ordinary of Sharpeville as it happens every day. 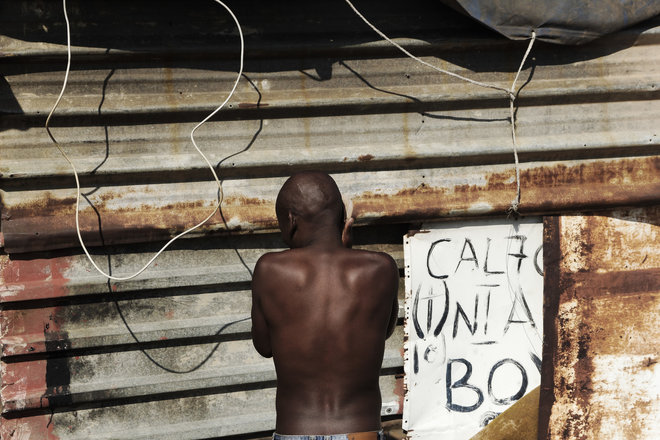 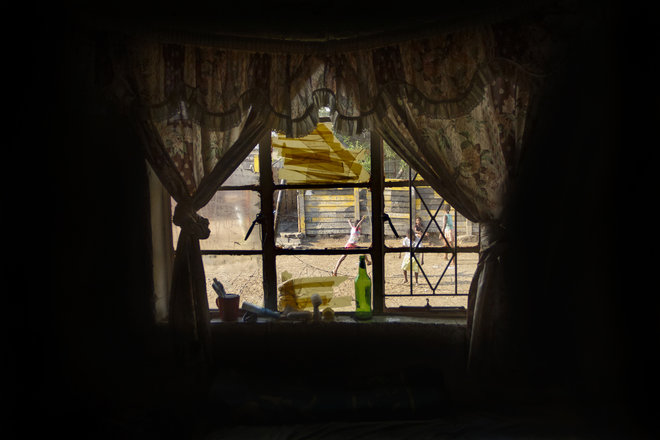 So these photographs represent your personal view and experience?
This project is a follow-up to my previous body of work, A Place called Sharpeville, in which I was basically documenting the place as it is: the landscapes, the people. This was a visual attempt to give a certain idea of what Sharpeville is as a community. But when it came to this new project, I wanted to tap into my personal experiences. How I experienced the space when I was young and how I interpret it now. That is why it has been called Re-imagining Sharpeville.

Sharpeville still carries its history, we cannot ignore that, but in this series it has been shown through fresh eyes, which are able to see and highlight different beautiful parts.

In order to make this series you had to connect closely with your community. Were they open to what you were doing?It was quite easy to communicate with these people because I live in this community, there were no language and cultural barriers. It was just a matter of making the people understand what I am doing and explaining to them the importance of their part of the story. This is why the project was not just about photographing. I had to talk a lot, too. I learned about my community and heard a lot of inspiring stories. Sometimes people would even ask “Are you going to write something down?” and I would reply, “No, I am not a writer, I am a photographer!” Although I did not translate all of these stories in my photographs, they are still an important part of the series. They offered me a closer look into the community and have been a big inspiration and motivation in finishing this personal series.

What was your approach to working?
My approach was quite informal. I would just take a taxi and then get off anywhere. I took the approach of street photography and I avoided planned shooting. It was a free way of working and that made me able to respond to all the things that were visually exciting to me. Since I normally plan all my shoots, this spontaneous way of working was actually quiet liberating to me. 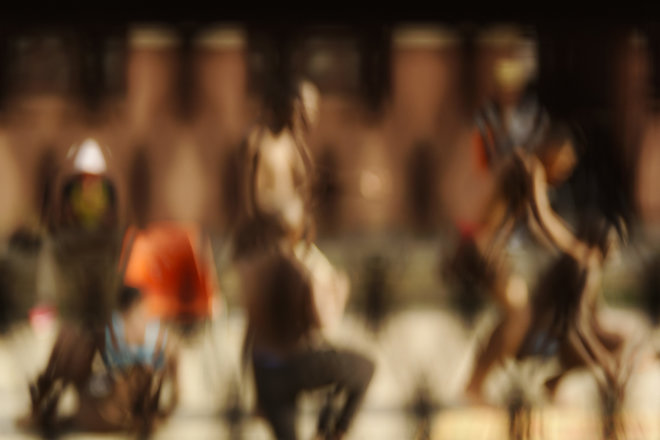 And how did you decide on which things to photograph?
I started by deciding what not to photograph. I decided that I was not going to photograph anything that is historical, like the monument, the stadium where the constitution was signed and the cemetery where the people that were killed in the massacre were buried. I told myself I did not want to see those places in my images, and after that, I was just open to anything that I saw and thought was interesting

You say that in this project you’ve learned to discover the extraordinary within the ordinary. Can you give an example of these discoveries?
That was mostly in the stories I’ve heard while talking with the community. I could not translate many of these into visuals. Like one particular example, is a man I met who works as a security guard, but during his spare time he creates beautiful sculptures. For me, it was very interesting to find people like him that spend their time in such an unexpected way.

In the series there is also a picture – the blurry one. This was made at a secondary school, of students who perform plays and dancing. When I saw these guys, their act had such an impact on me, and on the audience. They were so passionate, and that was very inspiring.

To me, all these small stories tell how extraordinary this community and its people are. This was very important in my project, because I wanted to show another side of Sharpeville. The stories you don’t literally see in the photographs still have been a big inspiration behind this work. They helped me to look different and closer, and made it possible to capture Sharpeville in a personal way