Lourdes Grobet: Behind the Mask 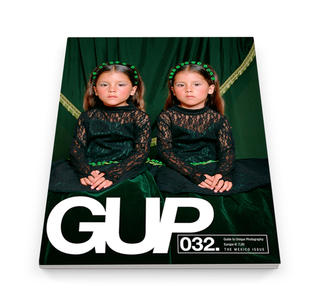 The mask occupies a very unique place throughout Mexican culture. It's not limited solely to festivities and religious celebrations. Evidently, the masks of Mexico are also not just collector's items or tourist trophies but a vital, living part of the Mexican heritage. In Mexico, politics and culture, rites and survival are condensed in the symbol of the mask. Protection, disguise, performance? If we tear it away, we will at least not encounter the hidden truth.

Documenting the lives of the fighters inside and outside the ring, Grobet captured the excesses, roughness, fragility, and roots of the ‘lucha libre’. She has spent three decades photographing these Mexican wrestlers who have brought the symbol of the mask into popular culture. She established ties with El Santo, Blue Demon, Mil Mascaras, Mascarita Sagrada, Octagon, Los Misioneros de la Muerte, Los Perros del Mal, and Los Brazos, among many others. Her focus was both on the fights inside the ring, the spectacle of excess, and the intimacy of their private homes.

Who are these people outside the contemporary coliseum? To Grobet, these wrestlers are the projection of the Indian into the city. Wrestlers in modern Mexico are he new heroic figures taking the place of the old gods. Close to the Aztec ceremony of taking away the masks of the enemy to take away his power, the victor unmasks his opponent. The indigenous spirit captured in a lubricated Hulk? Ok, let’s assume that El Santo, the epitome of the masked luchador superhero, represents more than a silver mask with teardrop-shaped eyeholes. But if so, it is the mystical preserve of a pulp-fiction ‘persona’ that cannot be captured by the camera. For the invisible ‘truth’ dwells within the mask.

All the magic, all the invisible mystical spirit, derives from this ‘persona’; an alter ego whose fate is linked with its human counterpart. This is a matter that works beyond the ‘lucha libre’. We can find other examples throughout Mexican culture. More often than we tend to believe, there is more truth in the mask than in what we assume to be a ‘real self’. From Zorro to Subcommendante Marcos, the Zapatista leader, the mask of the ‘hooded’ Robin Hood is nothing more than a signifier expressing an internal, invisible spirit. It is the tip of the arrow that points towards the imaginary: the part of the Real that cannot be directly represented. In order to see it, photographically, we need the activated mask that gives shape and texture to this hidden part of reality.