In these times of increasing cultural divisiveness, it is difficult to even broach the topic of religion and remain civilised. Rather than confronting spirituality head-on, Dutch photographer Annick Ligtermoet takes a distinctly gentler perspective in her new series Et Spiritus Sancti. Ligtermoet catalogues religious sites throughout Southern Europe and the Middle East through images of tunnels, passageways, vistas, and cliffs – essentially, landscapes of contemplation.

The work tethers together religion, politics, and the landscape through the subject of place, while also speaking to the fundamental technology of the camera: to capture light. Yet, the light Ligtermoet captures is more than the physical light that appears before her lens; it is also an attempt to map a spiritual light that unites viewers despite varying religious beliefs. "If we were able to see our environment through the eyes of others,” Ligtermoet says, “reality would have many different faces.” 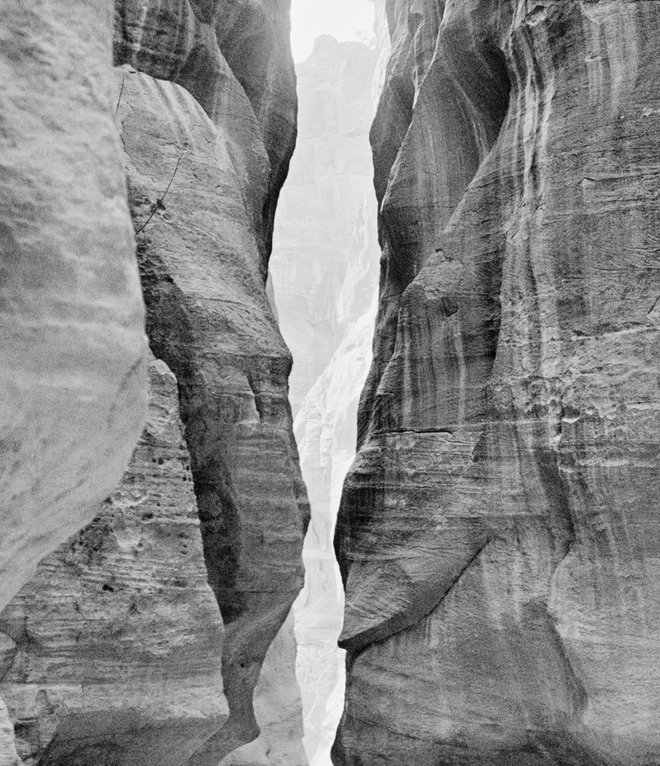 Et Spiritus Sancti is in part an invocation: “and the Holy Spirit”. The Latin phrase is sacred to Roman Catholics, often recited in its full version: “In the name of the Father, Son, and the Holy Spirit.” Yet, Annick underlines the pervasiveness of the sentiment of a holy spirit in various religious cultures and locations by interweaving images from multiple locations, including Italy, Greece and Jordan, among others. The photographs are predominantly black and white, but dispersed throughout are images with muted pinks, blues, and oranges, as if the language of the natural world comes to cast increasingly more light on the viewer’s perception of the landscape with each subsequent photograph. This creates the effect of allowing the viewer to, as the mystic Thomas Merton wrote, “see the value and the beauty in ordinary things, to come alive to the splendour that is all around us”. And, in a way, this is what photography can do best, despite its continual evolution and shift away from the simple capture of light. These photographs allow the viewer to look more slowly at what is plainly there. The natural world, when mirrored through these photographs, stands in for a spiritual light.

"If we were able to see our environment through the eyes of others, reality would have many different faces.” 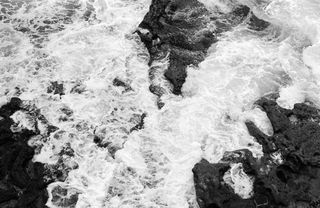 The project began with a trip to Jordan, a place where the Abrahamic religions come together through history, myth, and most concretely, place. The majority of Ligtermoet’s images do not contain overt religious iconography; instead, they focus on details of the environment: a crescent moon, the leaves of a date palm, the rocks on the ocean floor. Together, they create a placeless sacred landscape-—sacred not simply because of religious histories, but also because, on a base level, they depict increasingly rare environments that have not yet been visibly altered by industry, war, or human consumption.

Disputes over land are not new, but they have become steadily more apparent as we run out of unadulterated, inhabitable, or farmable land. Et Spiritus Sancti depicts details and panoramas of physical spaces that have been preserved as symbols of our spiritual origins. This strange environmentalism posits that only certain lands are holy, and others are meant to be conquered, destroyed, or erased in a battle between ‘us’—whoever ‘we’ are—and ‘them’.While Ligtermoet’s photographs do not set out to draw these distinctions, they become a neutral palette on which the viewer is asked to consider their positioning in a violently divided world. 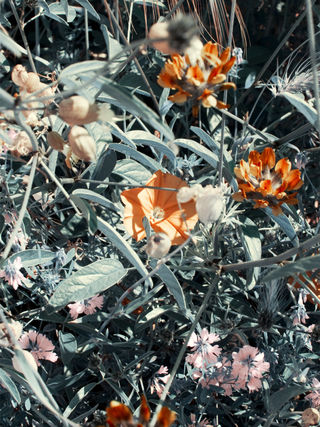 In the nineteenth century, German Romantic painters often depicted human figures in the landscape as symbols of spiritual poles—axis mundis—to the heavens. Ligtermoet’s photographs, absent of human figures, symbolically paint the viewer into the frame as the connector moving through each place, seeing from the same viewpoint. It’s a subtle gesture that generates empathy: by insisting that we stand in places where we are not at home, we are joined through her portrayal of light and through the ancient sentiment—et spiritus sancti. Ligtermoet’s photographs cleverly use this idea of the camera’s base mechanical function—the capture of light—to take viewers beyond the physical nature of the photograph, into a more existential understanding of light as a representation of the universal humanity that exists in all cultures and places. At a moment when religious radicalism is at the forefront of global politics, Et Spiritus Sancti inspires something more authentic than fear; it unites viewers through the meditative act of viewing.

Ashlyn Davis is a writer based in Texas. ashlyndavis.com