Broken But Still Working: An Interview with Carlo Rainone

Napoli-born Carlo Rainone (b. 1989) is a documentary photographer working on long-term stories that explore the sense of identity and cultural belonging. After completing his studies in Computer Information Systems at Arizona State University, he moved to Istanbul, where he followed the uprising of Gezi Park and its unfolding, an event that marked his photographic vision. He moved back to Naples in 2015, and has since produced two projects on his hometown. In his series Indie Napoli, presented during Slideluck Naples, he documents the ‘neomelodic’ music community born in the ‘80s, unique to the population of Naples. In Viva ‘o Rre (Long Live the King), Rainone depicts another sub-culture, the Neo-Bourbon Movement, whose goal is to bring back the Kingdom of the Two Sicilies, which disappeared from maps in 1861. Rainone speaks here with Maria Teresa Salvati from Slideluck about photographing his hometown, the identity of Naples and developing as a photographer.

Your photographic practice seems to have really taken off after your studies, when you moved back to your hometown Naples. How did you first get started taking photos?

I first started to photograph when I moved from Italy to Arizona for college. The sudden change of surroundings, after a static teenagehood, brought with it the excitement of a new and glossy life and also the need to capture what I realized was going at a faster speed than me and my memory were ever able to keep up with. I took photos of cactuses and parties, of whatever was weird and new to me.

At that point I was just shooting for myself, but it was not until three years ago that I realized I could use the camera as a pretext to investigate places and phenomena that interested me and, most importantly, excited me. It was a way of experiencing first-hand, rather than the limiting feeling of discovery through the images or the words of other people. It all started there. 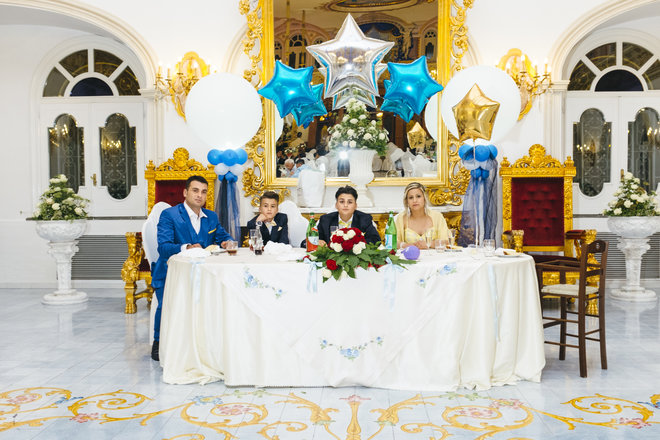 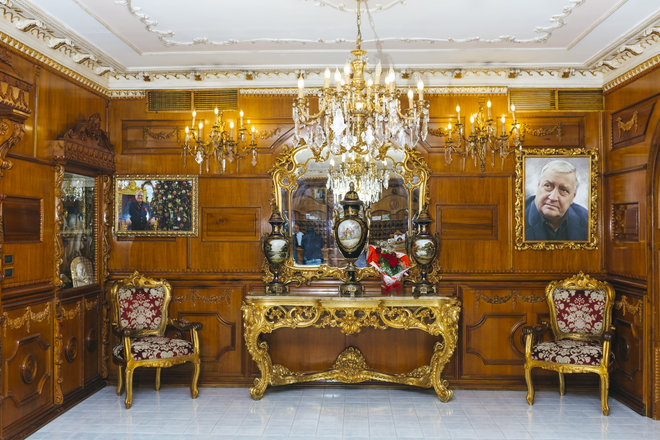 Your made your first two projects, Indie Napoli and Viva O’ Rre, in and about your hometown. Despite you being an insider, was there something about these documentaries that left you surprised or impressed?

Even though I was born in Naples, before coming back to town a couple of years ago, and starting to explore it photographically, I never truly felt like an insider of the city. Actually, I often asked myself as to what it truly meant for me to be Neapolitan, and if I ever felt it that way.

Working on these stories meant dealing with people that express themselves in the Neapolitan dialect, rather than Italian, and that forced me to once again pick up that way of speaking, in order to gain their trust or to just talk to them. with Viva 'o Rre I had to actually go back to study what happened before the unification of Italy, to have a clear idea of what these people were doing.

Working on both stories left me impressed on different levels. The unexpected, though, came while learning the magnitude of such phenomena, both so spread out and rooted, with an extremely big following. I could often hear warbles of neomelodic singers coming from a faraway square during summer nights, or some Kingdom of Two Sicilies flag waving from a balcony, but I never could have imagined the things that I later encountered, while working on the project. 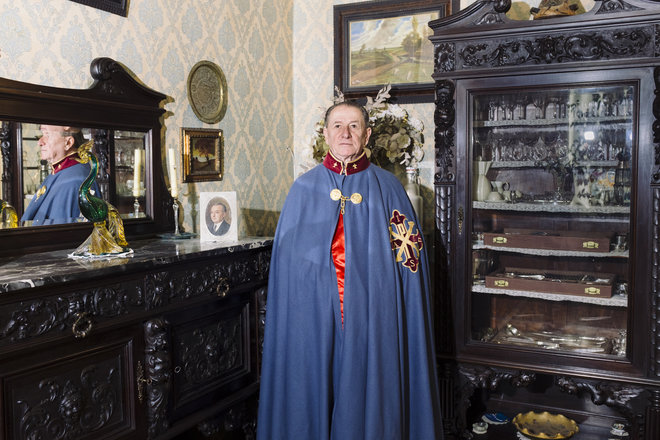 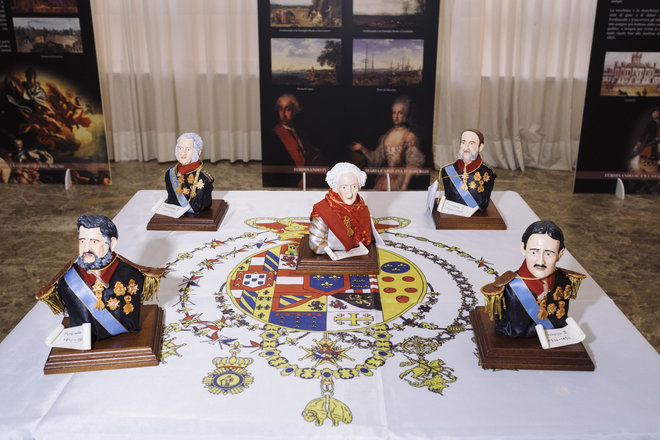 Did the realization of the two projects change your vision or idea of Naples?

The two stories did not change either of those, but rather, they consolidated the idea I had of the city: a place where everything is in a perpetual status of becoming, and nothing reaches real completion. In Naples, everything is broken but still works. I could observe the huge gap that still exists between social classes in Neapolitan society, which still needs to be closed, and the way the future is hardly contemplated or planned, and instead everything is focused around the present moment or the nostalgic vision of a past that may, or may not, have been glorious. As if the preservation of Neapolitan identity, culture, traditions or family reputations should undergo a harsh rejection of modernity. Leaving the city, and its citizens, in a rather colourful limbo where they are neither modern or ancient.

In Naples, everything is broken but still works.

Naples is a city so culturally and socially multilayered. Do you have plans to investigate other sub-cultures in your town?

That is right, Naples never fails to deliver new ideas, and to give food for thought and for the eyes. I am constantly keeping track of things that tickle my curiosity and have a list of stories that I would like to work on over here, that could keep me busy for a long time to come. For example, Neapolitans have an exaggerated attachment to Catholicism and a devotion to holy icons tending towards fetishism. A lot has already been done on that, and even more has been said, but I have this thing in the back of my head and I am just trying to come up with my take on this strange relationship. For now, I started to collect a bunch of holy pictures, Virgin Mary statues, and holy water bottles while waiting for the holy spirit to descend upon me, too. 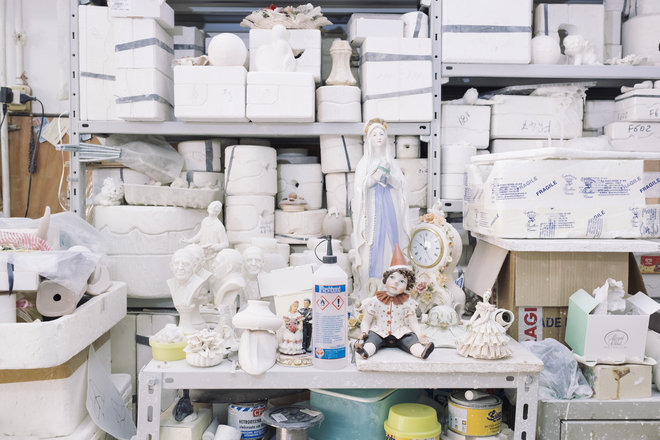 How do you see your professional practice progressing, either in terms of photographic style or subject?

I still see my photographic style as immature, so I just want to keep on experimenting. While moving from one story to the other, there was a visible evolution for me in the way the story was conceived and shot. I simply want that evolution to keep going and let the final results be as close as possible to the ideas in my mind, trying to bridge that gap, if that could ever become possible. As for the subject matter, I am focused on continuing to explore nationalism and that feeling of cultural belonging, which you could sense in Viva 'o Rre.

Which photographers are you inspired by?

The photographers that inspire me often come and go in different periods, but somebody that I always admired is Rip Hopkins and I often go back to look at what he has done. I think he is brilliant. I am also fascinated by the work of Max Pinckers, Davide Monteleone and Martin Kollar. 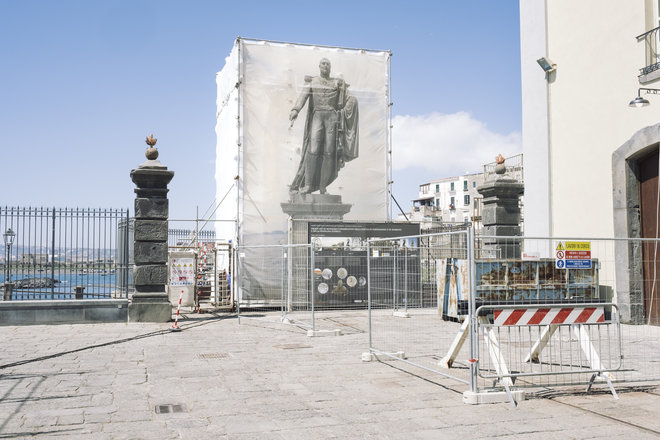 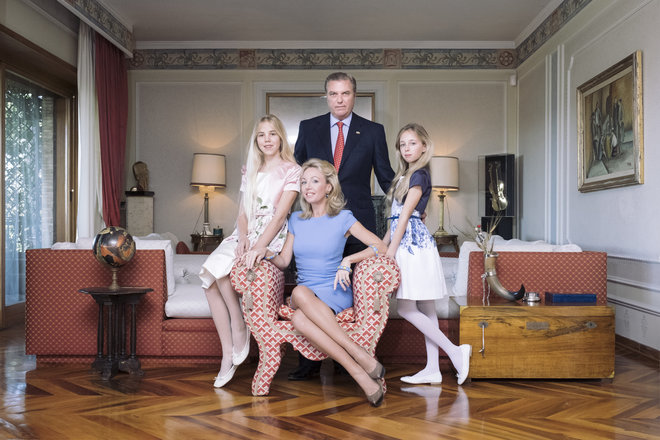