she dances on Jackson

In 2011, Vanessa Winship was the recipient of the Henri Cartier Bresson Award, which funds an artist's forthcoming body of work. With award and camera in hand, Winship meandered across America in search of the wispy threads that tie the states together.

Countless photographers have travelled said same trail, searching for the collective identity behind the cultures, geography, and architecture of the vast melting pot. Each photographer is presented with the same situation; a vast experience as far and wide as the land itself, its people constantly in a race with themselves.

Winship has in the past shown her sharp skills as a portrait photographer. Here, in she dances on Jackson, she skilfully intertwines portraits with the buildings that provide living and working environments for Americans. The interspersing of architecture and portraits begins to create a rhythm as the viewer flips through the luscious black and white photographs. A photograph of a cul-de-sac at the end of a dirt road is followed on the next page by the circularity of a young girl's face with flowers in hair, followed by a full-length portrait of a black girl dressed in black, creating an abrupt stop to the circular patterns. The rhythmic sequencing of the images in this book amplifies the details within the photographs. Amongst trees, a distant clothing line's horizontality is repeated on the next page by police tape strewn amongst low scrubs. The horizontal flow is interrupted slightly on the next page by a loosely embracing couple leaning on a brick wall backdrop, until finally the rhythm is punctuated by the vertical density of trees cropped closely; on the central tree we see crudely scrawled into the bark "earth is home".

The photographs throughout she dances on Jackson are tender yet grounded and reposed. Although the buildings depicted are slowly decaying, nothing seems desperate; rather, everything appears steadfast, as it should be. Winship employs humour in her landscapes; a distant sign reveals a rifle target advertising the Custom Cartridge Co. Guns and Ammo, across the street from a towering horse sculpture, staring it down from atop an auto body shop. In another example, a deer walking parallel to a highway turns its head back, seeming to look at a road sign for Peace Bridge Canada.

With a beautifully printed and embossed linen cover, she dances on Jackson is a quality piece of workmanship, a moody and thought-provoking contemporary journey into the American Dream.

she dances on Jackson is available for sale from MACK. 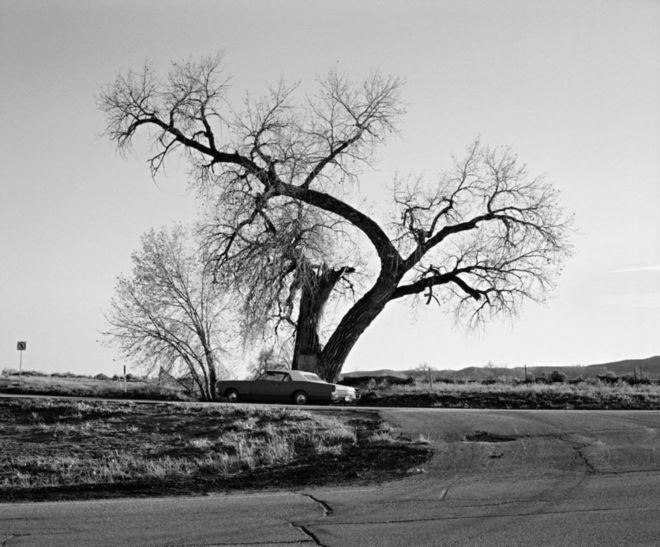 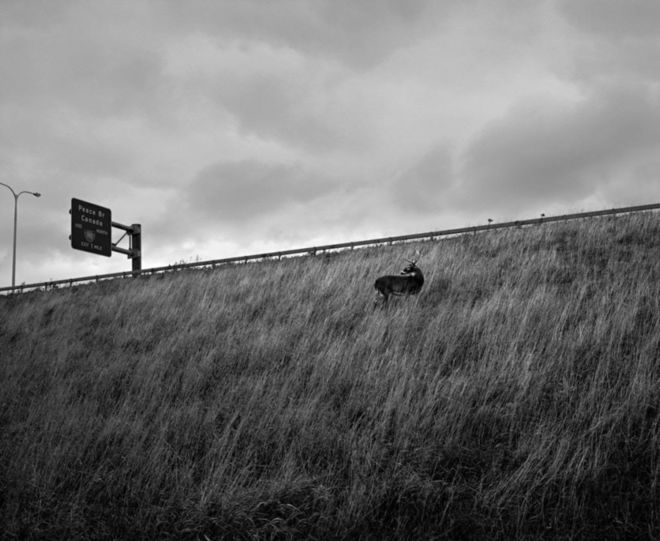