From a Disguise Seminar 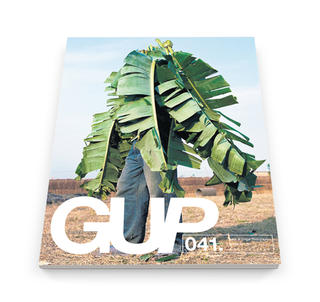 Simon Menner (1978, Germany) has gained wide recognition for having discovered remarkable photos of East German undercover agents, as he was conducting a two years of research through the Stasi archives. Considering Menner's career as a conceptual artist, however, this claim stays surrounded by the mist of a pun.

On the other hand, sometimes real life is just more awkward and than can be imagined. We at least know that these archives of photos from seminars meant to teach incoming Stasi employees how best to disguise themselves actually exist. This is what eventually matters here: these photos could be real.

Trainees wearing fur hats pushed deep onto their heads, with gold-rimmed sunglasses and fake mustaches. Photography was a key tool for the Stasi whenever they conducted on-site operations. But they are so close to the cliché of the Eastern Bloc spy that one wonders if they took their tips from a classic James Bond movie!

When breaking into the private apartments of suspected undesirables, these agents took Poloroid pictures of the arrangements in all the rooms. After they were done, the pictures would help them to rearrange everything to look untouched - when in reality they had searched through everything, right down to dirty underwear.

These kinds of devious missions gave rise to a handful of photos that could easily be mistaken for art.