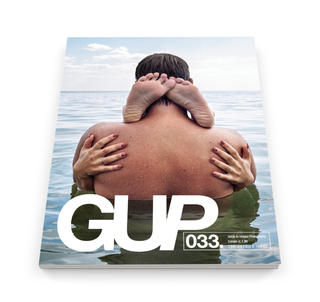 Michael Christopher Brown (1979, USA) explored the wintry atmosphere of Sakhalin. The famous Russian writer Anton Chekhov, who once visited what today can be considered Russian’s largest island, described it as a hellish place. Bears roam the woods and the towns, once serving as a penal colony, are dominated by shabby Soviet-era apartment blocks and patrolled by packs of semi-wild dogs. Just getting there is a challenge: the island is located seven time zones and a nine-hour flight from Moscow. But there is a lot at stake: Sakhalin has an estimated 45 billion barrels of oil equivalent that lie beneath the icy seas off its shores, a figure rivalling what remains in the US or Europe.

In 2011, Michael Christopher Brown was a finalist for the W. Eugene Smith Grant in Humanistic Photography and the Emerging Photographer Award, Burn Magazine/Magnum Foundation. His challenging work from Libya was exhibited at the MIT Center for International Studies and will be in the group exhibition War/Photography: Image of Armed Conflict and its Aftermath, opening in 2012 at the Museum of Fine Arts, Houston, the Corcoran Gallery in Washington D.C. and the Brooklyn Museum of Art.