A Circle of Bluebirds 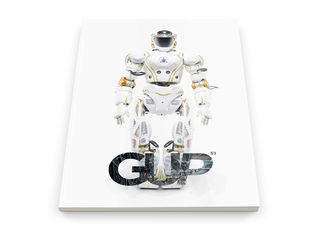 When we convert the Earth’s electromagnetic spectrum into soundwaves, we hear a movement of energy. As charged solar particles hit the radioactive belts surrounding our planet, they get trapped and whirled about… it’s a chirping that sounds like birds.

Montréal-based photographer Osheen Harruthoonyan (b. 1981, Iran) writes that he began his series A Circle of Bluebirds from the perspective of an explorer, making observations of imaginary, Earth-like worlds. He works with black and white 35mm, medium- and large-format film, photographing outer space through a telescope and then manually manipulating the result. He explains: “I lift the emulsion off of the celluloid, reshape it and set it back down to dry, at times using several negatives layered on top of one another to achieve the desired effect.” He then produces the photographs in the darkroom as gelatine silver prints.

The resulting series, both celestial and terrestrial, speaks to the wonder with which we view our universe and our role within it. The ‘Circle’ of his work’s title, Harruthoonyan says, of course means eternity, the self, and cyclical movement, while the ‘Bluebird’ represents happiness and love.