Before Color is a collected body of black and white works by American photographer William Eggleston, otherwise known almost exclusively for his colour works. Abandoning black and white photography as his interest (and success) with colour photos grew, his early monochromatic shots fell into obscurity, until they were rediscovered by the William Eggleston Artistic Trust in Memphis.

Taken over the period of the mid-60’s and early 70’s in the south, the photos could easily be seen as rather bleak. Even in the introductory text, Dave Hickey writes, “[T]he South at this time was literally a snapshot culture, a ragged no-man’s land; an old world, too decrepit to organize itself, is spattered with new artifacts too ugly and transient to infer any kind of coherence.” Yet, the time and place alone don’t give the images their melancholy, it’s his attention to detail in combining isolation with concepts of construction and destruction. 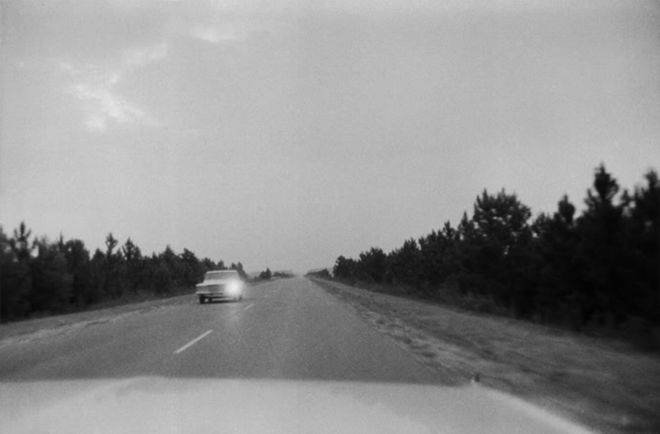 Eggleston’s photographs seem tied together by their ability to identify things that are wrong or out of place, things that are lonely or falling apart, things that are so normal they look strange. Through Eggleston’s eyes, we see a motel at night with its ‘vacancy’ sign lit up in neon, plain photos of a bland suburban house, a wet parking lot with a laconic sign reading only “cafe”, roads of nowhere places in a tangled mess of telephone wires, diners and filling stations... and a bus driving up the street announcing itself literally as “9 – NORMAL”. He captures the memorabilia without the nostalgia and physical demonstrations of “progress” by way of automobiles and automation alongside suburban angst. In essence, he’s showing us not what life is, but what life often tries to be. What life looks like, when you’re trying desperately to be seen as alive. It may be bleak, but surely a familiar form of it. 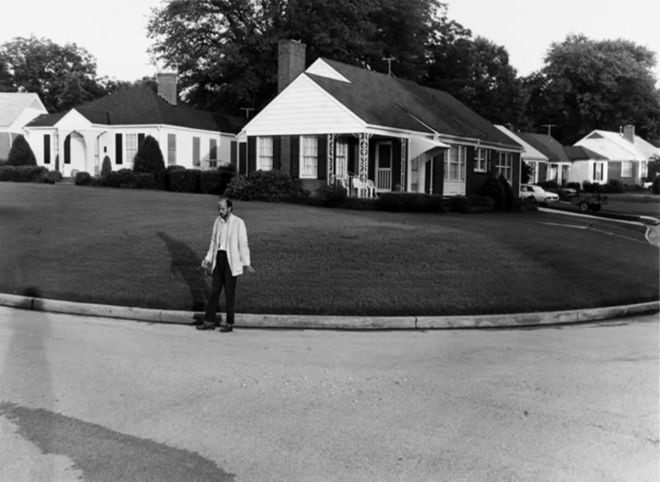 Before Color has been released as a second edition in 2012, following the first edition release in 2010, and is available for sale from publisher Steidl. The book accompanies an exhibition at the Nederlands Fotomuseum, on display until August 27, 2012.