The book begins with a series of images of sites that are – or, appear to be - pristine and not (yet) touched by human hands and their machinery. However, a railroad in the opening picture announces the arrival of Man. What soon follows are the images of the excavations on a monumental scale; photographs of the mathematically sculpted marble quarries, as seen from above and from within.

These hard and colourful minerals are often difficult to access, and the marble is hard to cut. Deep erosion and fractures at the surface of the deposits make a deep quarry more economical and hence more attractive than a wide and shallow mine, but depth presents a major challenge – the drilling often damages and wastes considerable amounts of marble, not to mention overburdening the land itself.

Though they show us the intent of mankind, these square-format pictures of a grand scale are conspicuously absent of actual people. They can be seen as the silent witnesses of modern Man, drilling himself deeper into the future, the cultivation of progression - a drive we have come to define as 'modernity'. A cultural movement that made mankind deal with the (irreversible) transformation of our landscape and this is indeed an urgent matter.

We often like to think of the 'natural' as something that is 'untouched', some pure state of being of the world. But the pictures from the depths of the quarry make it all the more apparent that these marble quarries are not abysses of despair, but relate to a rationally planned plundering. Open Office Space thus touches on the issue of the act of Man on his environment.

The book has no text to give further direction, but some of the pictures nevertheless include a subtle detail: despite the zealous drilling and removal of the marble cubicles, grass and greenery are meanwhile slowly but stubbornly growing out of the cracks in the stone. A reclaiming effort of nature, maybe?

Open Space Office is available from directly from the artist. 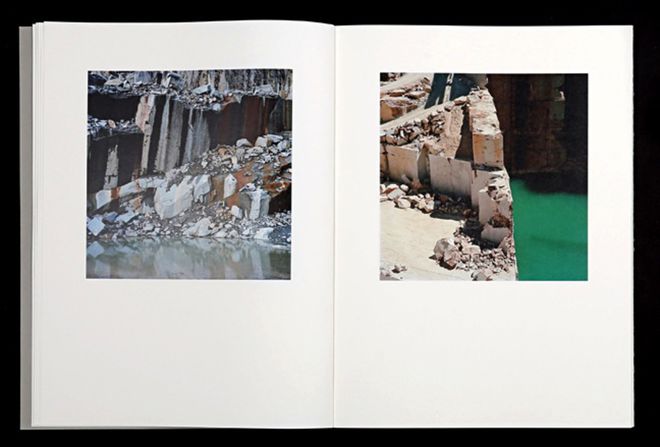 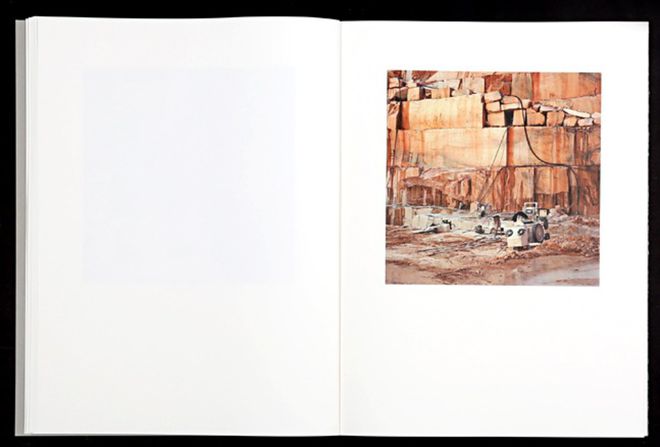