The rustic riverbanks of Central Portugal, known to the locals as ‘praias fluviais’, are surrounded by sturdy shrubs. The watercourse is partially dammed to create a wide variety of pools, which are as calm as the main current is ferocious. The crystal-clear water that flows down from the mountains is refreshing. The granite boulders, shaped by the stream, are a perfect hub for picnics.

This is the backdrop of Fluvial, the latest book by Tito Mouraz (b.1977, Portugal). In the summer months, many Portuguese families spend time along these river beaches. While their children play with other kids, together discovering the pristine surroundings, the adults are enjoying the weightlessness of a carefree life in the puddles – allowing their middle-aged bodies to transform into inert things floating in colourful bathing suits. 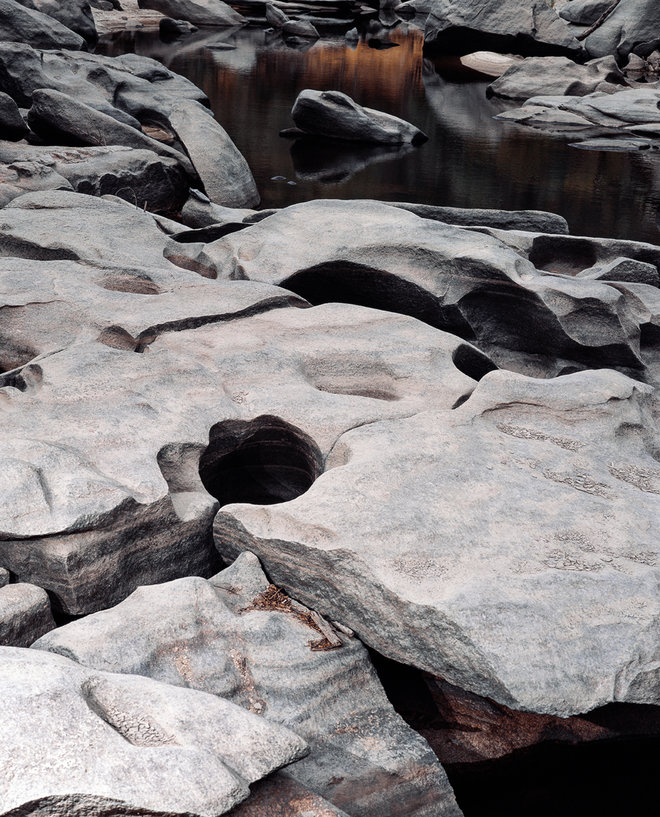 Fluvial carries sediments of sweet eroded evocations, meandering away from the actual experience

People are here to enjoy themselves. It’s democratic and it’s inexpensive but, compared to the more hectic seaside beaches, the environment also contains a distinct placidity. Moreover, as Humberto Brito explains in his accompanying text, on the final pages of the book, “just as currents bend tree trunks and shape mineral blocks” so are human bodies conditioned by the flow of the river – leaving no part of the recreational creature untouched, unaffected, unaltered.

Yet, the very act of photographing (or Mouraz' activated intend to photograph) never really interrupts the scene. Even though the people must have been aware of the camera, leisurely performances arrive from the harmonious situations as occurred. This is what makes Fluvial a documentary project. But the applied lightning techniques, helping the photographer to make bright colours contrast with deep shadows, meanwhile add an outlandish ‘aura’ to what’s been depicted; allowing the subjects to deposit a peculiar, elegiac atmosphere. Furthermore, the surrounding landscapes look impalpable, less substantial than when seen in the real. Altogether, the book channels a certain chimerical (if not mythical) ‘vibe’ that make the situations as depicted seem indefinite. 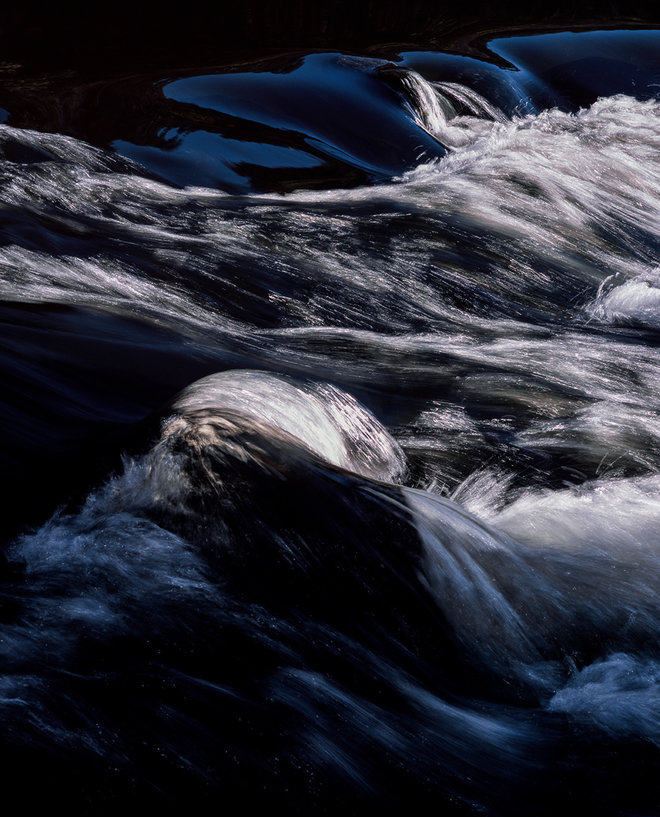 The surrounding landscapes look impalpable, less substantial than when seen in the real

The publication contains a few images - also made by Tito Mouraz, on the same locations - that have been adjusted and then printed in highly contrasting black & white (on deviating sheets of paper). The prolonged documentation of it all, between 2011 and 2018, is of essence too. Fluvial is, in fact, the outcome of the lifelong relationship that Tito Mouraz has with this territory. His personal childhood memories are somehow incorporated, giving the report of these ‘praias fluviais’ the confidentiality of a private album – making for the uncanny familiarity that resonates from the pages of this artist book.

Indeed, Fluvial carries sediments of sweet eroded evocations, meandering away from the actual experience; as to commemorate the unwinding spirit of an endless sojourn along the river, a perpetual recording and flushing of the ambrosial sweetness and cherubic innocence of a Portuguese summer weekend.