Orangutans, as a member of the great ape family, share a huge amount of genetic overlap with humans. Additionally, with features such as thick tooth enamel, beards on males, and similar shoulder blades, they’re considered to be even closer to humans physically than chimps. Looking at the black and white portraits of Dennis, a young orangutan rescued from a wildlife trader in Bali, it’s hard not to see the resemblance. 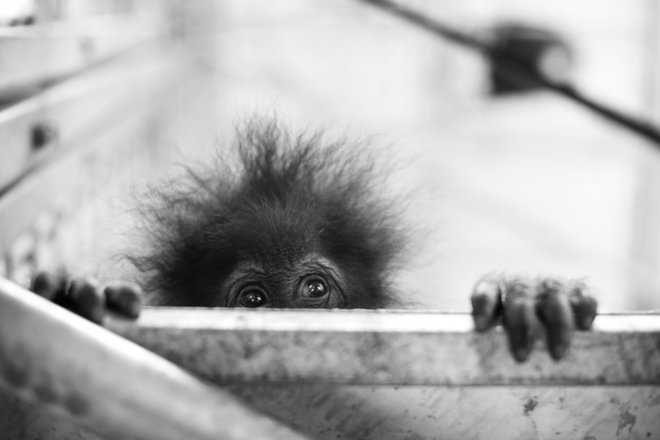 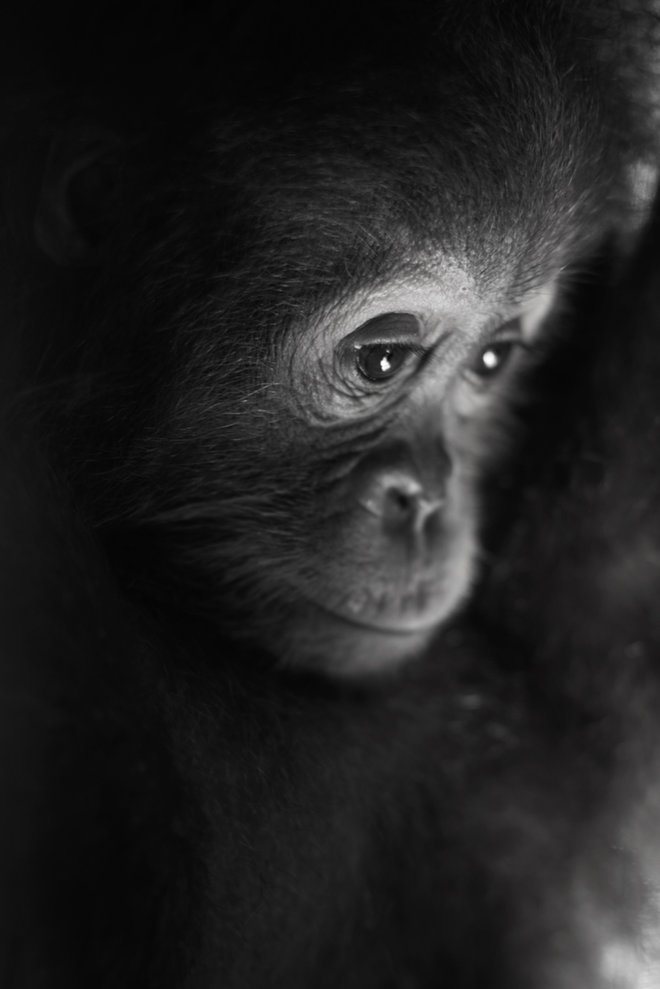 At nine months old, Dennis was yet another consequence of the palm oil industry: orangutans are currently only found in the wild in the rainforests of Borneo and Sumatra, which are destroyed to produce palm oil, a cheap cooking oil, leaving the orangutans (and other species) without a habitat. When the young, orphaned orangutan was collected during a raid in 2015, he was brought to a rehabilitation centre in North Sumatra, and it was there that Indonesia-based Dutch photographer Ted van der Hulst began to tell his story.

Through van der Hulst’s photos, we see Dennis’ progression in the rehabilitation centre: he’s given medical tests to check for viruses and diseases, he learns to eat solid food and how to socialize with other orangutans. Though the photographer frequently takes a documentary approach, the images are imbued with affection, showing Dennis’ initial fear and isolation as well as his blossoming playful side. Van der Hulst looks at Dennis from eye-level, making the engagement even more pressing. In short, the way he presents Dennis to us is very… human. 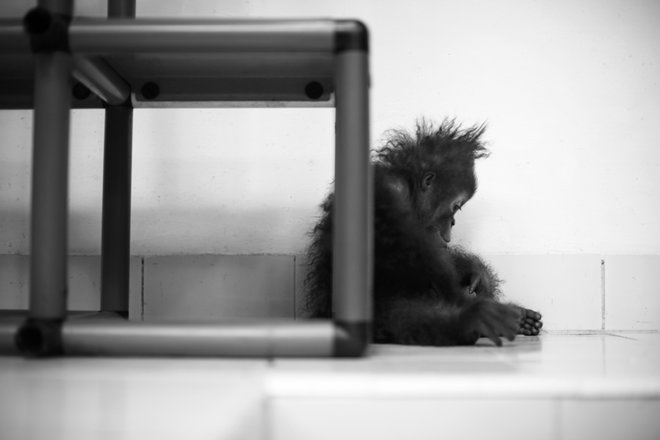 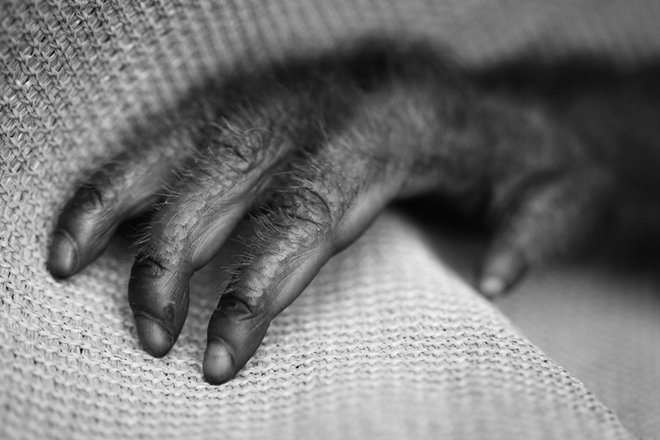 The name of the book, simply ‘Dennis’, also triggers this question of humanity. By pointing our attention to one individual, the author hopes to show Dennis the orangutan as a symbol of a greater problem. Implied within the book is the question of why we continue to see animal lives as less significant, or less important, than human lives.

The name orangutan is comprised of two parts: orang, meaning man, and utan, meaning forest. The orangutan is the Man of the Forest. Face to face with Dennis, whose species is currently on the ‘critically endangered’ list, the cost of palm oil becomes impossible to justify.

Dennis was produced by the Jakarta Animal Aid Network (JAAN) together with Pictures Publishing.