Sea I Become by Degrees

At this point in time, the ‘Aral Sea’ is something of a misnomer – formerly one of the largest lakes in the world, it has been shrinking, due to man-made diversions and drying out, and transforming to desert. Inspired by this story of ecological disaster, Russian photographer Natalia Baluta photographed the dry, sun-bleached land between Kazakhstan and Uzbekistan that was once rich with water. Referring to legends that foretell the return of the sea, Baluta uses soft and nostalgic visuals to play with the boundary between reality and dreams in her book, Sea I Become by Degrees. 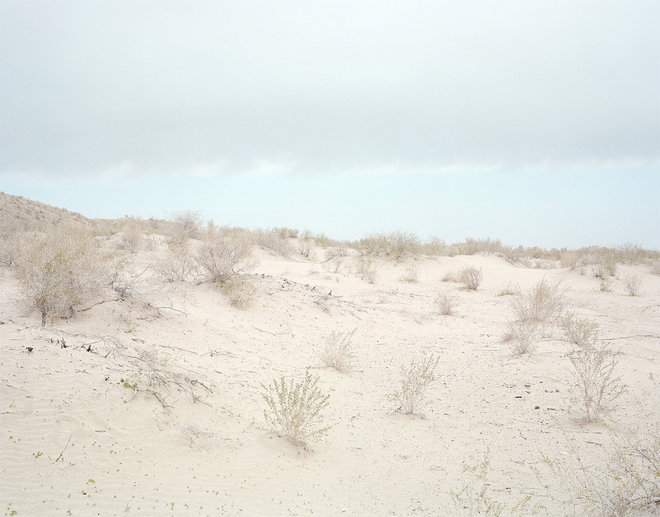 Alongside a picture of broken pieces of shell, the book begins with a text in which Baluta recalls the sensation of kissing the cold and dry skin of her deceased grandmother, the mournful emotion which came returning to her when she witnessed the desert where there had once been sea. It becomes clear that the book is a personal, heartfelt expression of the impact of ecology. Rather than viewing the sparse and arid topography as merely an environmental study, it’s more accurate to understand them as portraits of a living body, under threat of health and with the hope for revival.

This hope, while subtle, speaks most powerfully in Baluta’s imaginative book: within the spreads of desert landscapes are embedded seven folded inserts of photos of the sea, offering a vision of what it is possible, should the legends of the sea returning come to pass. It is thus a book of both pessimistic realism and optimistic fantasy. 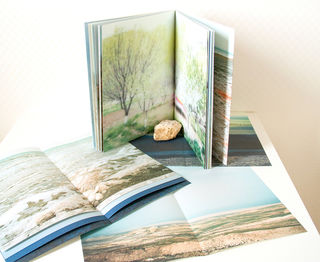 Sea I Become by Degrees was published in an edition of 150 signed and numbered copies, plus a special edition of 30 copies, and is available directly from the artist.