KAZAN is the first monograph from Mayumi Hosokura (b. 1979, Japan), presenting photographs of people and minerals in cold colours. Alternating between delicate scenes of transitory moments and portraits of unmoving minerals, Hosokura reveals a perspective on the permanence of change and the beauty to be found within that temporality.

The people photographed as part of KAZAN are young and beautiful, which Hosokura acknowledges is the interesting part of the project for her: she enjoys taking photographs of the beauty of youth, though she counters that concept by also portraying the necessarily fleeting aspect of it. Paired with scenes of rocks, trees, minerals and water, the concept of their beauty becomes a question. Is there something more beautiful about a young woman than a waterfall, or the leaves of a tree? Or rather, are each of these manifestations of beauty somehow equal, though growing out of different processes and lasting different lengths of time?

The book opens with an image of stars in a galaxy projected or superimposed onto the naked back of a young man, furthering this feeling of the interconnectedness and interchangeability of the elements existing on Earth: we, too, come from stardust. 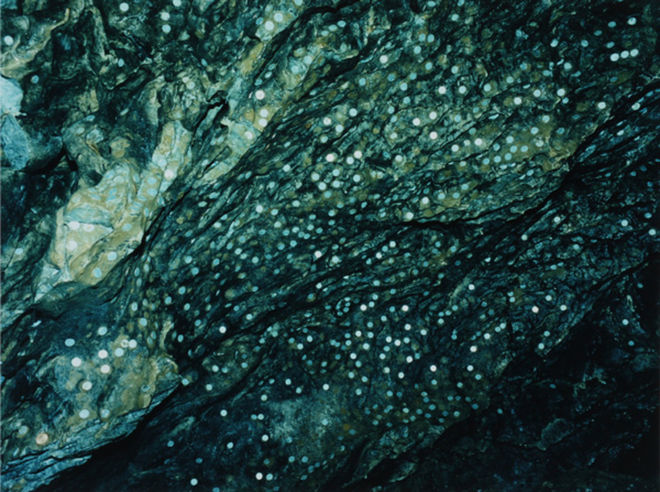 Hosokura named the book for the Japanese word for volcano, which she says conceptually ties her photos together. Volcanos exist not as living beings, though contain multiple states of activity, including dormancy and extinction; therefore they represent the cross-over point between two states of living. “I think a volcano is in between organic thing and mineral thing", she told GUP.

The interaction of the photos portraying both elemental longevity and human ephemerality is breath-taking. Hosokura gently pries open the heart of humanity by her study of what it means to be mortal among so many things we encounter on earth which are not. While this may sound grandiose, it comes across as beautifully humble.

A roughly magazine-size, softcover book with embossed scribbling on the front, KAZAN features full-page images with no text. The first impact of the book is striking due to the many strong single images portrayed in a large size, but each further viewing deepens the appreciation for Hosokura's view of our place in the universe, making it layered enough to keep and return to for a long while. Perhaps even longer than we, ourselves, will be here.

Kazan is available for sale from Artbeat Publishers. To see more images from the project, see our online portfolio. 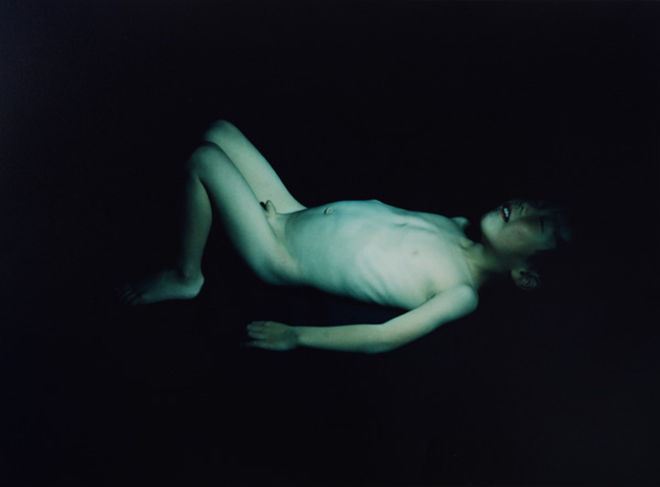