Dominas is a book in which Eicke attempts to question our clichés of professional dominatrices. In Germany, over the course of three years, he spent a considerable amount of time with the workers, who come from an array of cultural backgrounds. Uncovering the personal narratives of these women, we gain a deeper understanding between the interior and the exterior: What is real? What is a mask?

The book presents portraits of the females in this profession, separated by anonymous excerpts from conversations with the workers. As we progress through Eicke’s book, we’re faced with the women’s reasons for choosing their line of work, as well as the question of how they view their lives within the sex industry. One of them explains: “I used to want go into the military service to be able to humiliate men and have them march to my tune because, in my opinion, men deserve this – many men deserve this. And then all of a sudden I discovered the job of being a dominatrix and I thought to myself: Hey, it works much faster this way!” 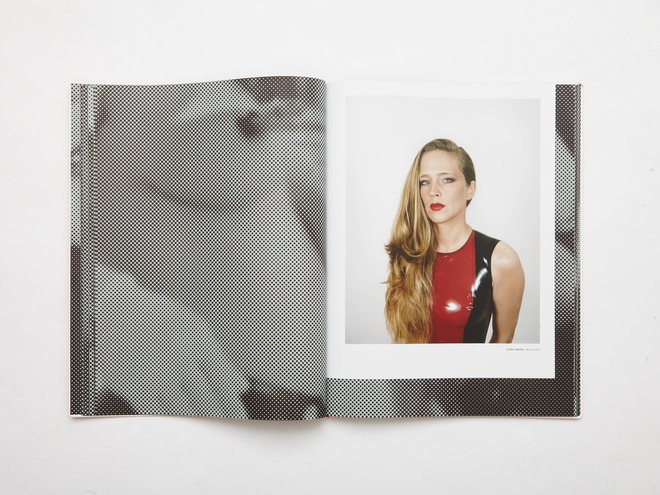 Each quote offers a differing philosophy behind the history of the said worker, just as each photograph tells us a different story. We learn that some are single, whereas some are in relationships; many are self-assured, whilst others appear to be somewhat helpless; a number are in the sex industry faute de mieux, that is for lack of better alternatives, yet several operate through their enjoyment and passion for the occupation. With these dissimilarities of conflict, Eicke manages to open a door to an otherwise unfamiliar domain.

In Eicke’s portrayal, we’re shown portraits of resilient characters and hurt empathies, leaving us to question the mechanisms of perception in the digital age, and with that, we also examine how our society deals with such stereotypes.