The career of American photographer Mark Cohen (1943) spans many decades, and comprises street photography, candid portraiture and straight photography. Now, a vast retrospective of his photography, spanning works produced from 1964 – 2013, has been compiled into a new book: Frame. 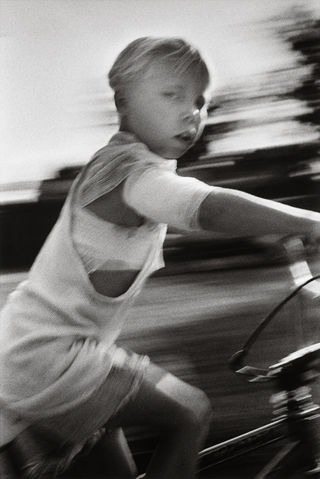 Cohen’s work is predominately black and white imagery; in Frame there are 221 duotones, combined with a modest 36 colour photographs. Some of the pictures, though a minority, are even framed by his film’s black border, indicating traces of the medium as well as emphasising the longevity of his un-reprocessed vision. While the images all maintain a certain American sensibility, a humbleness and street-savvy simplicity that comes across as simultaneously mundane and edgy, they reflect Cohen’s travels across multiple countries: Spain, Ireland, England, Italy, Mexico, as well as America. Certain themes emerge from his work, spread across time and space, such as the buttons on an outer coat, the skinny legs of little children, the exhaustion of feet and shoes. His choice of subject matter is, as described by Jane Livingston in the book’s accompanying essay, “consistently democratic”. 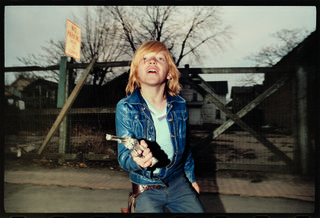 Printed below each image is a caption, told in a language which is agonizingly literal, for example, ‘Girl on Bike in Puddle, December 1973’ and ‘Two Guys’ Shoes and Feet, August 18, 1973’. They seem more apt for a keyword description when trying to find an image in an archive, rather than something which adds to the viewing. On the contrary, considering the naming, choosing to print the captions below each image was a poor one, as it sometimes even takes away from any pleasure that might be gained from the visual discovery that happens when viewing, as in the case of the image named ‘Girl’s Face and “8,” 1974’. Viewing this image on its own would give the viewer freedom to wander visually through the frame, and ‘discover’ the number 8 which appears in tiles on a stoop behind the girl’s face. Instead, with the caption printed below… the viewing experience has been reduced to a Speak & Spell level of having the artist point out what he wants you to see and in what order. A little poetry gets lost.

With such a wide selection of images, covering nearly 50 years of photography, Frame provides a thorough review of Cohen’s way of seeing. Dancing between attention to detail and observing a scene, his viewpoint reveals a fascination with certain colours and textures, and distinctly everyday people and objects. In each image, the thing which has caught his eye is unambiguous: we can see what drew him in. In this way, Frame illustrates the way in which a photographer isolates attention toward a subject by choosing what to include within the four boundaries of a frame.
Related