German photographer Leon Kirchlechner has released his first book, Nowhere, a meandering examination of spaces and textures. In 32 images, Kirchlechner tells a story mostly in grey and black hues with brown patches of earth occasionally interrupting. He photographs the interior shells of bunker-like buildings, cold and dark cement surfaces with geometric lines, as well as exterior scenes of inexplicable patterns of dirt, industrial portals and doorways. He approaches with a coolly distant eye, reinforcing this idea of 'nowhere' - places whose common feature is their lack of locational specificity.

Turning the pages of this catalogue of broken surfaces is disorienting and claustrophobic, reminiscent of Tarkovsky's film Stalker. A puff of smoke occasionally emerges enigmatically in the scene. Kirchlechner treads into several disparate waters at once here: industrial wasteland, abstract nature, and geometric studies. Tapping into these common photographic fetishes, he seems to be trying to document the opposite of globalization, or the remnants of its failure.

What is interesting is how these nowhere spaces can actually be nostalgic - after all, most everyone has wandered into one of these man-made islands of nothing. Yet, the images also carry the exact opposite emotion, serving as a reminder of the potential of everywhere to look like a nowhere, should the human experiment eventually fail. In this way, the experience of flipping through the book can shift from quiet reverie to panic on a dime, as if Harry Callahan and David Lynch had collaborated. This dramatic shift in moods is occasionally unsettling, and may disconnect the viewer from the flow – that is, if flow was even intended. There seems to be no thread running through the entire book, rather smaller sections woven together and referenced again in other parts of the sequence.

Co-published by Der Grief and dienacht, Nowhere is a good example of contemporary German small-press publishing and a shift in German photography toward more emotionally charged images while still retaining an austere aesthetic. The book is well made from a production standpoint, with its cloth cover and tipped-in image, and a neat, minimalist presentation. The design also expresses a certain wobbliness that complements the disorienting nature of the book, with an inconsistent image size from page to page – though from another perspective, it may just distract from the content itself. One endearing design element, however, is the title page ripped in half, heightening the viewer's attention right from the start.

The book ends with the only text accompanying the images, a quote from Derrida, leaving an opening for deeper consideration of the work, which may or may not be a trap:
"Nothing […] is anywhere ever simply present or absent."

Nowhere has been published in an edition of 800 numbered copies and is available for sale from both publishers, dienacht and Der Grief. Also available as a special edition including a print. 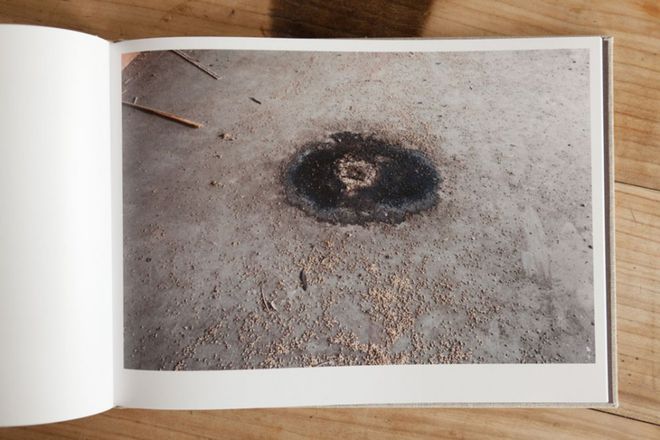 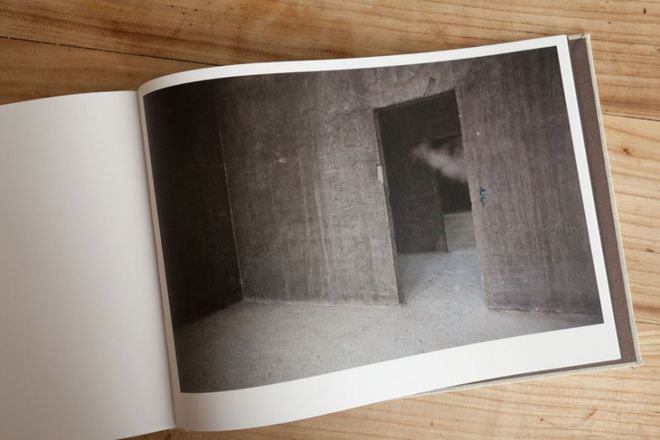 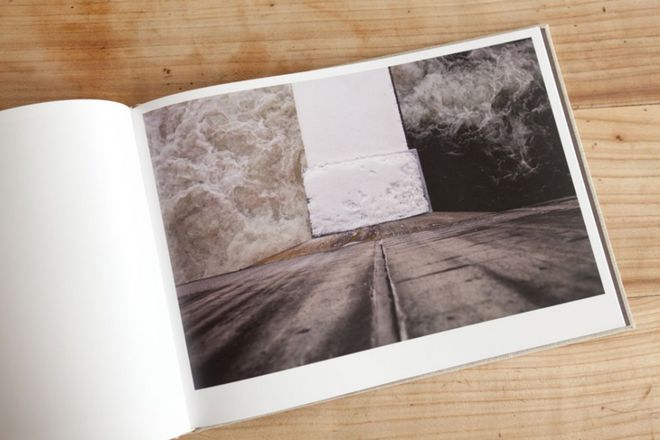