Skeletons in the Closet

“It all started when I happened to look through a basement window of the Museum of Natural History in Vienna one night."

Skeletons in the Closet, a photo book from Austrian photographer Klaus Pichler (b. 1977), opens with a brown bear in an elevator. Then a room full of taxidermied animals standing atop wheeled trolleys, a lion poised for attack over a brown bear in the front centre, witnessed with a certain amount of apathy by a buffalo, a gorilla, various members of the donkey and horse families, not to mention the shadow of some unknown tree-dweller. 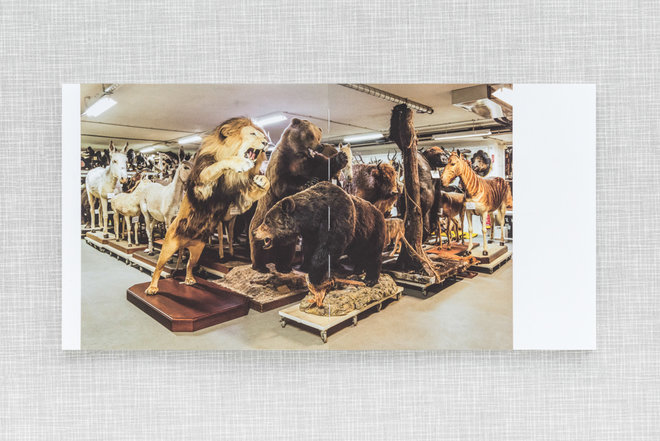 Pichler emphasises in the book's introduction that, in photographing the scenes around the natural history museum over a course of four years, he did not interfere with the scenes, and instead, let the 'natural' activities of the museum take their courses. After all, roughly four-fifths of the 45,000 square meter facility are not publically accessible, but rather, are reserved for research, exhibit collections, storage facilities and work areas. It's a living, breathing building, and yet… as the images show, it also seems creepily filled with dead things.

Though photographed with a certain documentary aesthetic, the resulting images are not dry accounts of dead animals, but rather, they seem to exploit the question: What if these animals were not dead? Pichler toys with our understanding of the animal kingdom, tickling at our expectations. He shows us eight cobras, standing erect in attack positions, but huddled together in tight formation on top of a filing cabinet. Later, there's a shark peeking behind a concrete corner in a basement hallway, seemingly as surprised to see us as we are to see him. It's these deeply absurd, often comedic and always charming scenes that make the series such a treat to look through. 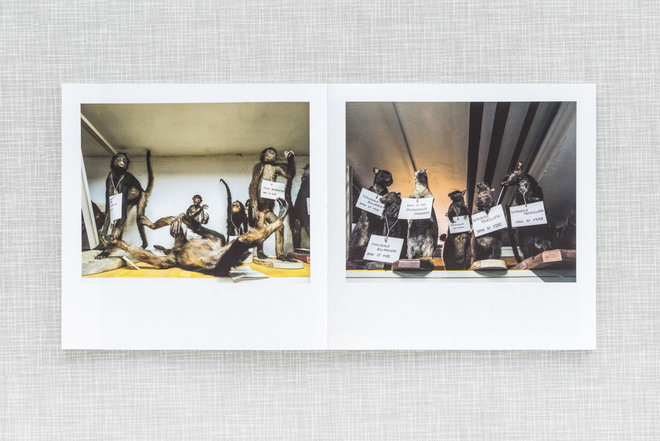 Yet, by the very setting of the photos, the natural history museum, we cannot ignore the human artifice involved in placing a hammerhead shark onto a pallet, a Neanderthal onto a couch, a butterfly into a box. The museum, by definition, presents things out of context. Humorous and endearing as the images are, they also communicate in a way man's perverse desire for dominance over the animal kingdom – stuffing animals to put them on display, wrapping a name card around their necks, the fur sometimes patchy with wear and tear. And yet, not even humans are excluded from these archives of mortality: human skeletons wrapped in plastic stand idly as just another stored objet de curiosité among ceiling-high stacks of banana boxes. Indeed, as the title suggests, there are skeletons in this closet. 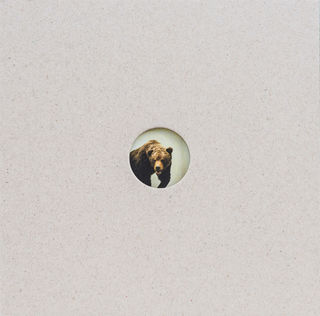 Skeletons in the Closet has been released as an edition of 700 hand numbered copies. A special signed and numbered edition, including a print, shark tooth fossil and an exclusive book box, is also available, limited to 50 copies.

Available for sale online directly from Klaus Pichler. See more from the series in our online portfolio.