Kacper Kowalski (b. 1977, Poland) shoots the world from above in his aerial photographs, a collection of which is brought together for his first book, Side Effects. Concentrating on coastlines, natural landscapes, and areas of agriculture or industry, his images show signs of the interaction of man and landscape. In 80 highly aesthetic images, at times like vibrant, abstract watercolours and other times rigidly geometric, Kowalski reveals the landscape of a planet afflicted with the ambiguous condition of being peopled.

Kowalski's images are at once striking for their beautiful colours and shapes but, considering we do not typically view the world from such a perspective, many of the objects or scenes photographed need some amount of interpretation to understand what it is exactly that's being portrayed. In one image, nearly monochromatic with a white background and little rectangles of black, white and silver spattered throughout, all in the same orientation and seemingly in a pattern, it is not at first apparent what we are looking at. Yet soon, we recognize tracks interrupting the smoothness of the white surface, and it's clear that we are looking at a kind of parking lot covered in snow. Viewed from above, the pattern of parking cars illustrates some apparent grand plan of humans to maintain order and precision – an idea that, when viewed from ground level, quickly turns into absurd chaos. 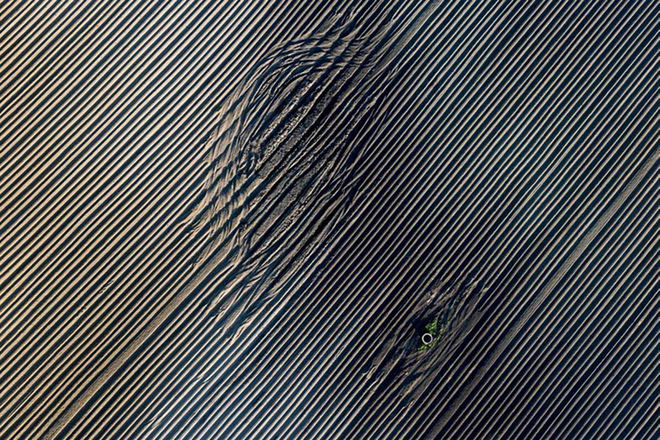 In other images of more rural settings, fields of unknown substances in varying shades of browns, blacks and greens, there are the heavily groomed shapes of agriculture interrupted by roads or the tracks of tractors. It's the evidence of man, without his presence, something which, when viewed from far enough away, may strike as visually appealing though call into question the manufactured concepts of 'progress' or 'humanity'.

Interspersed with the images are short texts (in English and Polish), printed on brown paper, offering information about the way man interacts with his environment: usage of water, forests, energy, natural resources, and so forth. While neither the writing nor the images have a subtext of activism or are meant necessarily to invoke guilt in the reader, they do call for a certain thoughtfulness while looking at the world. One text, for example, reads: “81.6 percent of the world's energy comes from the burning of coal, oil or gas. Once these fuels are used, they are gone forever. When you buy a camera, a glider or a photo book, you agree to irretrievably use these resources." Side Effects thus illustrates in a concrete way the relationship between the world at large, in particular those areas of the planet which we may rely on for the comforts of our daily lives but may never see first-hand, and actual usage, such as the seemingly small act of buying a photo book.

There's not an immediate way to know where each photo was taken, though each photo is marked with the coordinates, which can be used to look up its source. The images are all of Polish locations, though with their abstract nature, this is not apparent; the project can be easily applied to the world in a general way. Kowalski's images do have something of a didactic ideal at heart, a call for a considered interaction with the environment, but they try to inform audiences primarily through awe. From the vantage point of large-scale beauty and grandness, Side Effects offers a different way to see. 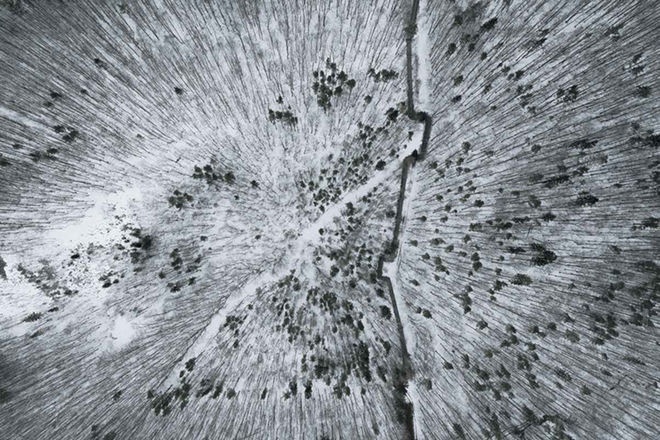 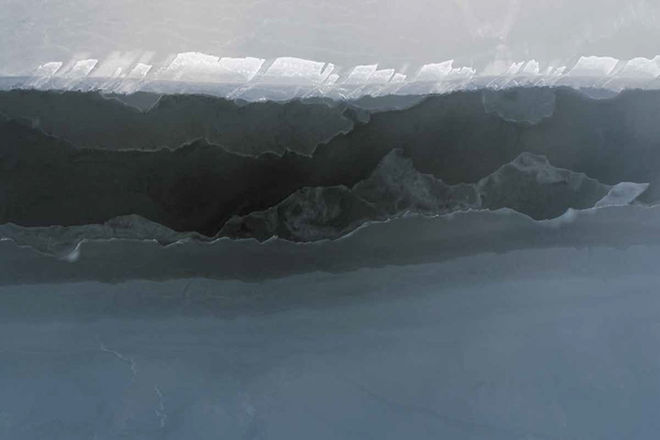 Side Effects has been published by Leica Gallery Warsaw and is available online through the Leica Store (PL).