St.Petersburg-based photographer Julia Borissova explores collective memory in her book The Farther Shore, a series of new and found photographs taken in Russia around the Volga River. Borissova explains that, in the 1930s, an area of around 4600 square meters was flooded following the development of a hydrosystem, affecting 800 towns and villages, 3 cities, 5 monasteries and hundreds of churches. Photographing the towns that were only partially flooded, she attempts to flatten time and illustrate the similarities between the way those places look now in comparison to the way they did those 80 years ago.

In dreamily coloured landscapes and situational portraits of residents, Borissova offers a biography of location that alternates between documentary and rosily nostalgic viewpoints. Objective viewpoints are toyed with and memory is confronted for the unreliable artefact that it is. A portrait of two young girls in front of the river is followed by a portrait of two old women in front of the same spot, giving the appearance of aging though it seems no time has passed in between the two images. Later, a modern family of four is followed by an archival photo of another family of four, leaving room to consider all the changes that have occurred in between. “Can I reflect time which goes by, the vulnerability and fragility of the present?" Borissova asks rhetorically in the book's conclusion. “Or reflect something which can't be seen but is deeply felt by everyone, the nostalgia, the impossibility of return to the past?"

The looming ubiquity of water throughout the series reminds us of the constant threat of destruction– of the cheery smiles of two costumed performers, the interiors of churches or even laundry hung out to dry, swinging in the breeze. Indeed, as Borissova points out, in the flooding, many people refused to evacuate, ultimately opting for death in place of leaving their homes.

Printed in a soft-cover book with an image-wrapped design, then sandwiched between two thin slices of cardboard held in place by two fat red rubber bands, the object feels both thoughtful and humble. A modern design that takes a leaf from Rafal Milach's photobook In the Car With R, it also manages to feel timeless with the simple materials, complementing the project's ambitions of subverting the perception of time.

The Farther Shore has been produced in a limited edition of 100 hand-numbered and signed copies. It is available for sale directly from the artist.

The Farther Shore was selected for the shortlist of the 50 books in the International Photobook Festival 2013, Kassel, Germany. 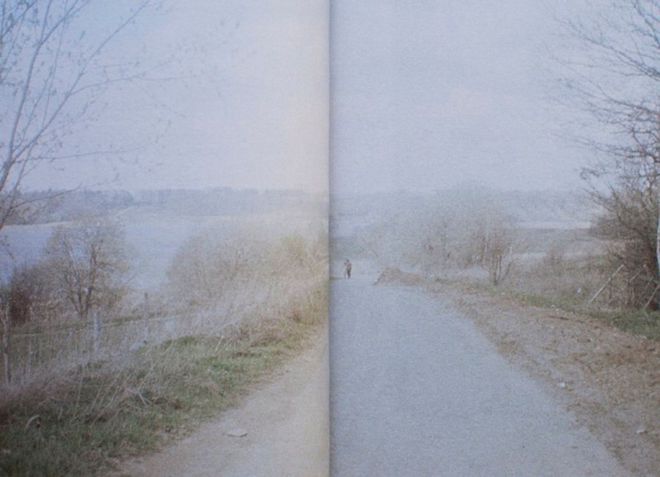 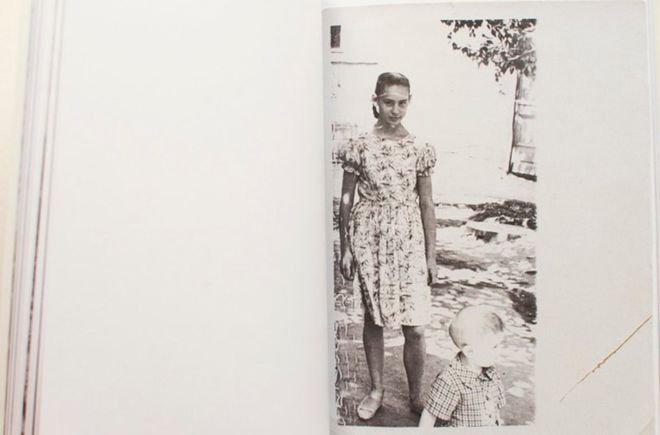 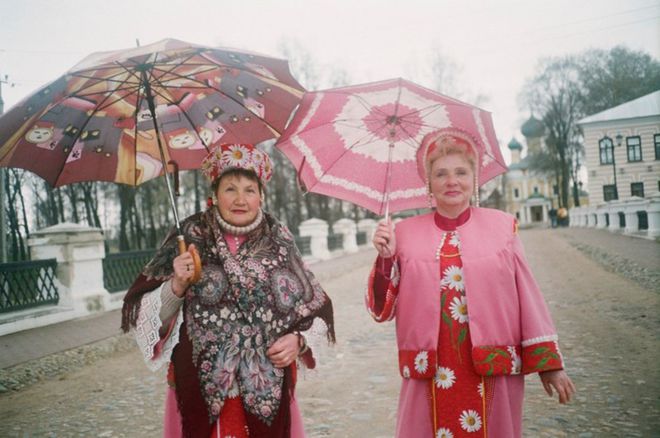