Running to the Edge

Russian photographer Julia Borissova continues her exploration of the connection between photography and collective memories in her latest art book 'Running to the Edge'. Following from her first book, The Farther Shore, she works this time exclusively with found materials: black and white photos found at a flea market, which she connects with the Russian Revolution of 1917. Rather than solely a presentation of these images, however, she creates reproductions of the images overlaid with colourful flower petals.

The found images themselves display what you would expect from portraits produced in this time period: refined ladies standing next to chairs, soldiers posing in regalia, headshots of beautiful women, couples and groups of friends. Occasionally, they're marked with the year or some handwritten notes, show signs of creasing or even yellowed stains. Borissova's sharp selection of only 28 images is where our attention is drawn, though, as well as her artfully minimalistic floral collages.

The first image reveals a standing woman's portrait, shown in profile, grasping gently a chair, in a room surrounded by white furniture and a thin leafed houseplant. Her hair falls to her waist, and she looks off into the distance with an air of regal femininity. Borissova has meanwhile laid five flower petals in a semi-circle along her back, wing-like. The result is even more idyllic than the original photo, romantically nostalgic. A further image shows a group portrait of six people, posing intimately together, while bright yellow petals blow across the image like a springtime breeze, covering the eyes of all the sitters except for one young woman. Borissova thus depersonalizes many of the portraits, their features obscured or hidden by flowers, transforming them into symbols rather than individuals.

The bright colours of the petals stand out against the black and white images, invigorating them aesthetically. Beyond that superficiality, however, the symbolic juxtaposition of the plantlife with photos nearly 100 years old also breathes new life into Borissova's found memento mori. The beauty of the images comes from this contrast, with its simultaneous vibrance and transience. Were it not for the fact that many of the petals are themselves faded and dying, Running to the Edge might be an exclusively idealized portrait of times past. Instead, the decoloured and decomposing petals remind us that all life is essentially limited. Her photographs, like all of us, are simultaneously living and dying.

Running to the Edge also includes reproductions from a found handwritten diary, and the English translations of these as an insert. The book has been produced as a limited edition of 100 copies, and as a signed special edition with unique slipcover in an edition of only 20 books. Either edition can be purchased directly through the artist. 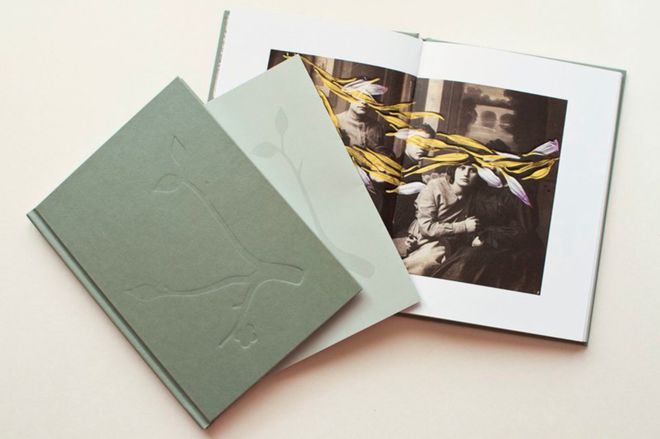 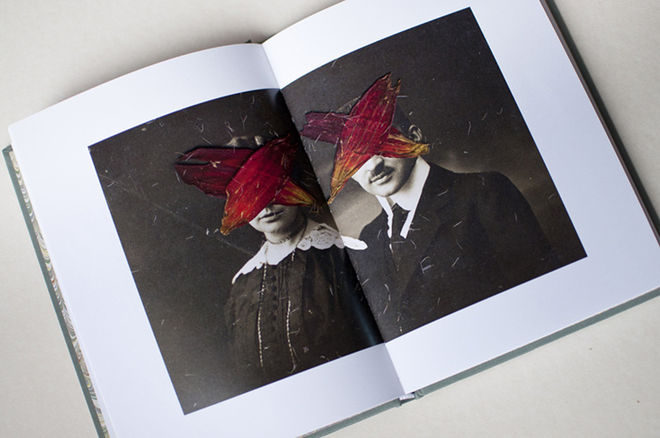 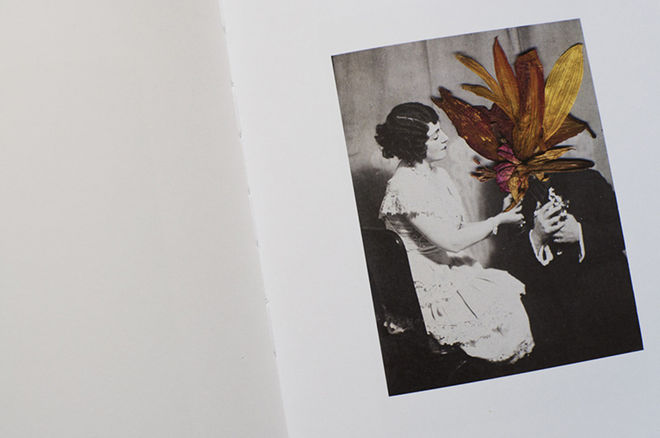 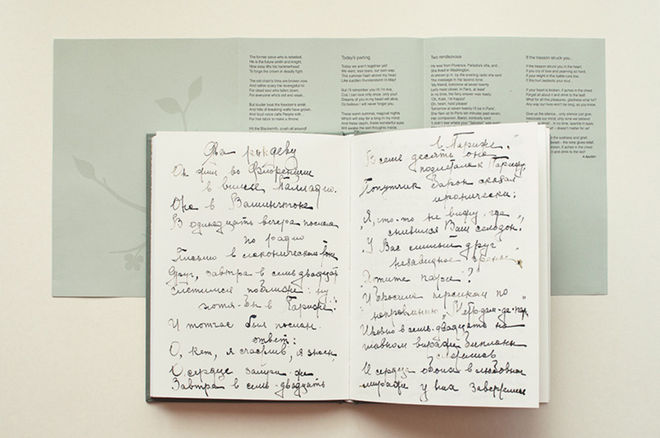