What does life look like on a remote island with only a few inhabitants? British photographer Jon Tonks (b. 1981) visited four islands, all overseas British territories, to find out. The result is collected in his first monograph, called Empire, a thick book with eighty colour images and some informative texts about the islands.

Over the course of six years Tonks visited Ascension Island, Tristan da Cunha, the Falkland Islands and St Helena, with populations ranging from 259 inhabitants on Tristan da Cunha to almost 4000 on St Helena (what sounds modestly populous but, to reach it, a five day journey by a ship leaving from Cape Town is in order). Tonks photographed the island-dwellers' lives using film, in documentary style landscapes and portraits.

In one photo we are introduced to Marcus, the manager at a meteorological station on St. Helena. He stands in the middle of a dry, empty landscape, his coat the same brown-grey colour as the earth and brush that he's standing on. He wears goggles and a white shawl around his head, holding in his hand a giant white balloon filled with hydrogen. If you look really carefully, there's an electricity pole in the distance but, for the rest, nothing is going on at all, and you might wonder for whom Marcus is forecasting the weather. However, not everybody appears as isolated as Marcus. Also on St. Helena are Raymond and Cynthia, an elderly pair, photographed in their scout uniforms, standing in front of the ocean, with festive garlands above them in patriotic red, white and blue, with tiny prints of the British flag.

Tonk's images illustrate the oddity or even absurdity of remote island living. He includes a portrait from Tristan da Cunha of Inspector Conrad Glass, the island's only policeman. Glass is “a descendent of the first settler on Tristan da Cunha", as the accompanying text says, and “he has served 22 years on the job, but is yet to make an arrest". In combination with this text, Tonks's representation of inspector Glass, standing in a hallway with an assault rifle propped on his shoulder, photographed from a worm's-eye view with long shadows, is a bit theatrical and tongue-in-cheek.

One of the most visible shared characteristics of the inhabitants is their “abundant hospitality", as Lord describes it. Because Tonks worked with that hospitality (rather than researching hidden pasts), the book shows serene scenes with friendly people, in short: unobtrusive images. The benefit of the book's friendliness is that it becomes easier for the viewer to stare longer at the photos, and to discover more details that Tonks registered in his photos, without seeming imposition. Like: the exact curve of a church warden's upper body, dressed in a long white jacket in St Helena, or the rusty spot on a bell indicating where it has been rung, signalling a fishing day on Tristan da Cunha.

Though the title of the book, Empire, makes a suggestion towards the former regal hold of England over great portions of the world, the introduction, written by journalist Christopher Lord, expresses that the motivation for the project is not “political or nostalgic". And indeed, the book does not dig deep to discover dirty secrets, but rather, it is more of a friendly curiosity about how people live on a remote island. Why the book focuses on these four overseas British islands in particular is not explained in Lord's introduction, or even in the afterword, written by Tonks himself, which focuses on the boat and airplane trips to the islands and what meals he got. Instead, the reader is left to speculate the commonalities of these particular four islands, tiny dots existing in isolation, yet under the larger umbrella of an empire.

Empire is available for sale from its publisher Dewi Lewis, and directly from the artist. 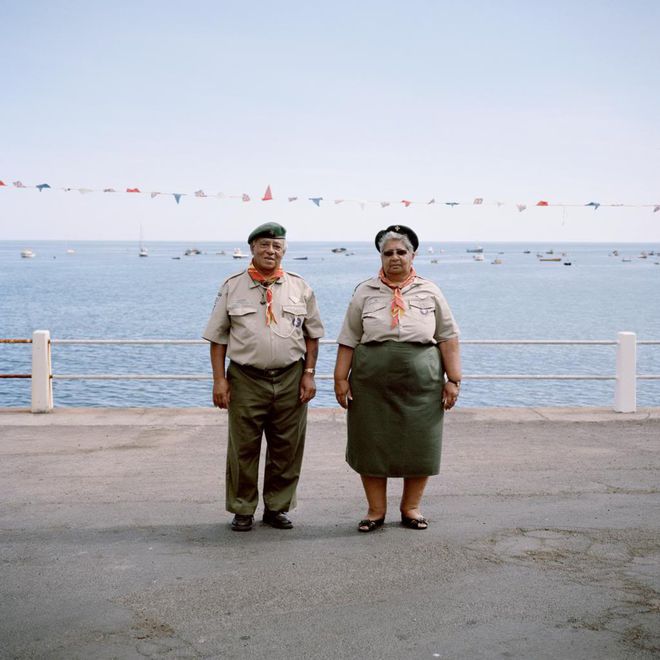 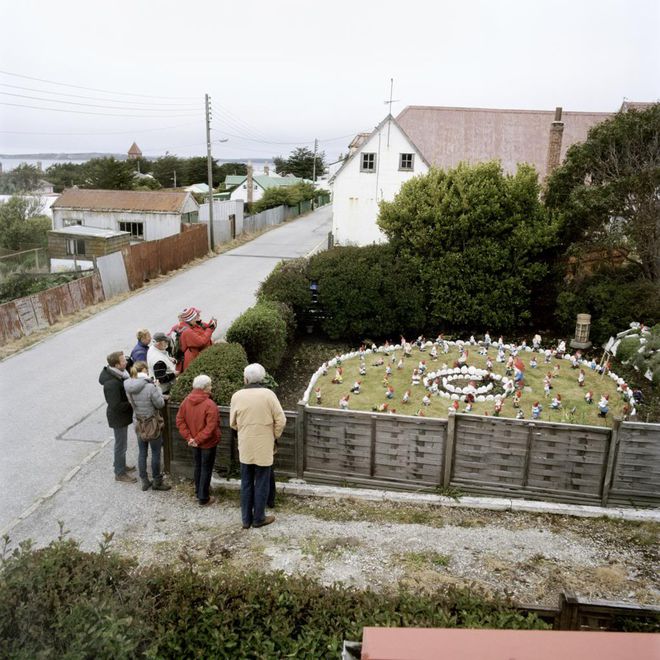 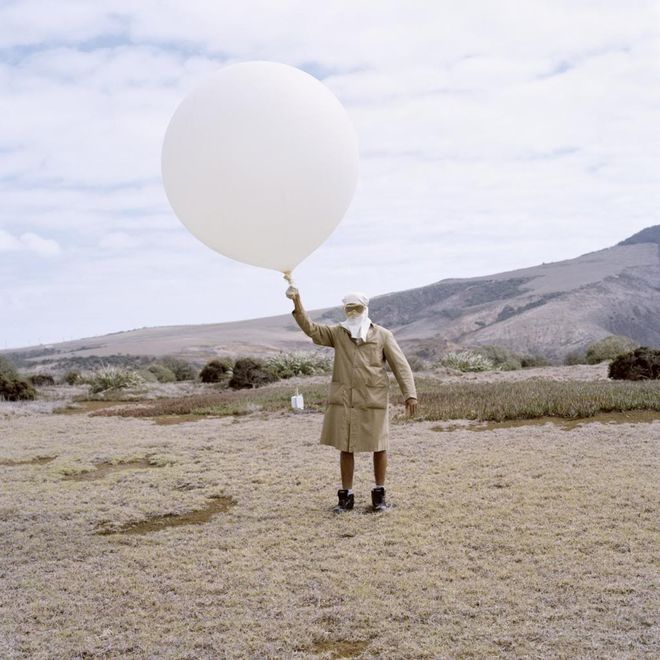