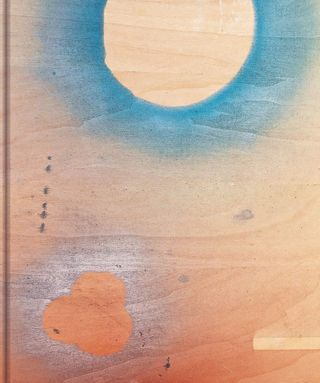 If we search for our roots, we must access memory. Paradoxically, the act of recalling creates a new memory; an amalgam of the original occurrence imprinted with experiences we’ve accumulated along the way. The search for certainty in these memories ultimately forms a new truth and a baseline for personal identity. In her newest photobook Six Degrees of Freedom, Jessica Backhaus searches for her origins by photographing places and atmospheres from her memories. She concentrates on themes of being brought up without her biological father and moving between several towns as a child, ultimately leaving her without a place to call home.

The title, Six Degrees of Freedom, refers to principles of movement of an object in three-dimensional space. In capturing fragments of her past, Backhaus attempts to freeze the freedom of movement into easier-to-analyse slices of time and space. Backhaus shoots through windows and translucent curtains, into reflective surfaces and directly from above to compress distance into flat compositions of space.

An image of distant trees through a glass-less window in an aging wall compresses ‘here’ and ‘there’ into a single domain. A souvenir glass paperweight with an image of a seaside town, photographed in bright sunlight directly from above, remains optically flat, simultaneously casting a long shadow across an aquatic-coloured paper background. Overall, her flattening techniques converts the temporal and evanescent and into singular slices of memory time.

As frozen images form new narratives, they replace the foggy memories from personal history with tangible ones that can be scrutinized. Backhaus’ photographs poetically evoke her quest to tame her personal history, whilst offering viewers a moment to reflect on the construction of their own identities.