For Playground, Jeroen Hofman visited the training grounds of firemen, police and soldiers, and captured their staged practice sessions. We take for granted that these people act skillfully and righteously in the different situations they come across during their career. However, a long training process is necessary in order for them to be prepared for the real, harsh world. This training process takes place on these specially built grounds, safe environments in which dangerous real-life situations are reenacted and it is okay to make mistakes. The ability to practice over and over here is in stark contrast to the inexorable, harsh reality that ultimately follows the training. These practice environments are tucked away in numerous places across the Dutch country, hidden and closed off from the public. The impressive panorama views that Hofman took of from above, portray the absurd contrast between the reenactment of danger on the training grounds and the surrounding safe Dutch landscape. Insight is given into a world usually never accessible to us, a world that looks staged and surreal but has an extremely serious function.

GUP has featured a portfolio of Jeroen Hofman before here. 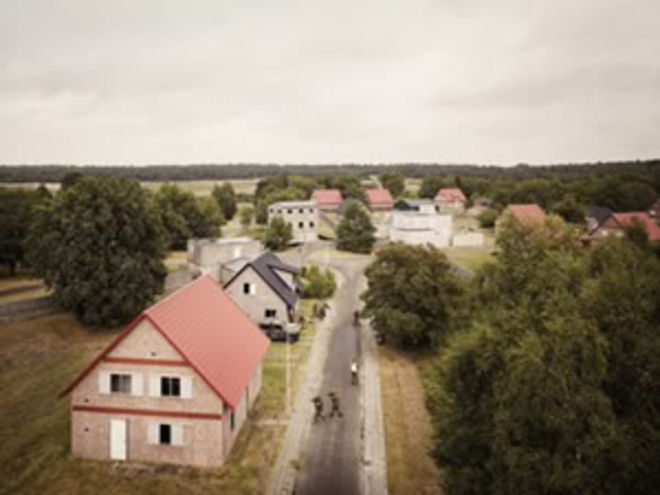 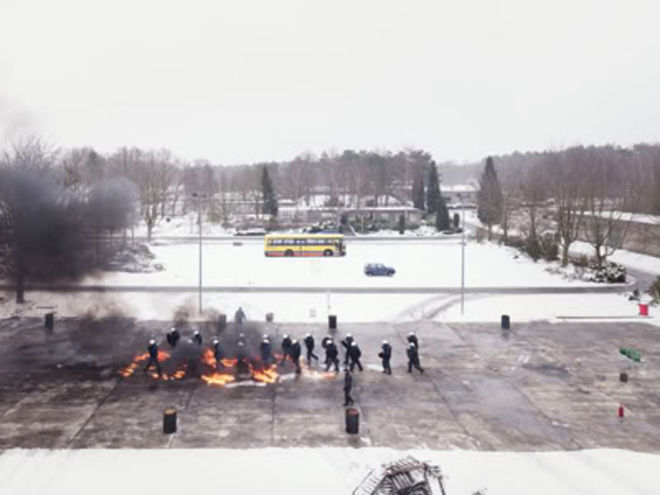