Overnight Generation is a photobook by Italo Morales (b. 1973, Venezuela) that serves as both a portrait of, and a tribute to, Sarajevo and its younger citizens. With a rich collection of portraits of Sarajevo's younger population, images of their homes, their neighbourhoods, and more, Overnight Generation is an attempt to understand this European capital, which, though recovering, is still reeling from the effects of a traumatic civil war. Morales focuses in particular on those who experienced the conflict as children – the generation that “had to grow up overnight, while the rest of us were asleep".

The book presents the results of what was essentially a visual research project by Morales into Sarajevo and its history, after it suffered through the longest siege in modern history, during the 1990s. The city's young adults play the lead as Morales tries to uncover what traumas they are still dealing with, and how. Overnight Generation, which is a small-sized book, also features everyday shots of the city, in order to provide an overview of what the city looks like today. These images mostly have a sombre feel over them, suggesting that the city is still very much recovering from its wounds. For example a double-spread offers us a view inside what seems to be a restaurant.. However, it is completely empty and all we see is an array of tables and chairs with nobody in sight. Though there are many different colours in the photograph, the colours are pale and the lighting is dark. Where is everyone?

However, Morales alternates such images with portraits. The subjects almost never look straight into the camera even though they seem aware of the photographer's presence. We are witness to Sarajevo's inhabitants as they spend time together, friends, brothers and sisters. Another double spread features four twenty-something men sitting on a bench next to one another outside. They look relaxed, very much like a group of very good friends. They are faced toward the camera and though they are not smiling, the image suggests they are happy to be sitting there. These contrasting images seem to tell different stories, which author Federico Sicurella clarifies in the foreword: “In Sarajevo nothing seems to ever be good enough, but nobody wants to leave".

These young adults, with their mixed emotions and differing lives, provide the common thread of the book. Sometimes he shows them as friends, for example in a shot of a man and a woman having a beer together in a bar. Yet the opposite page shows a girl standing alone in a stairwell, her face turned away from the camera, looking toward the sun beaming through the window. The photo makes you wonder what she is thinking of. Through his images which contrast and clash with one another, Morales questions the extent to which Sarajevo is truly recovering from the war.

In the images, Morales maintains his distance from the subject he's photographing. In combination with the lack of captions, the images offer no explanation as to who these people are or what they are thinking about. The effect is that the photographs do not tell a personal story about specific people, but focus instead on the overall identity of Sarajevo and its young adults, in a state of restless transition. It is a generation bound together by a painful history, one with a deep-seated love for its city's scars.

The book is available online via the author. 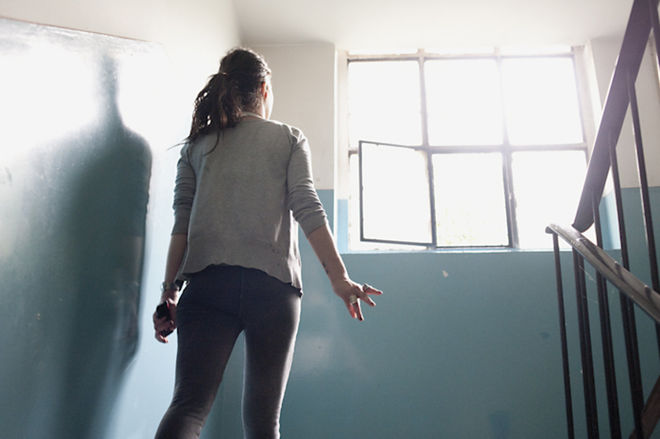 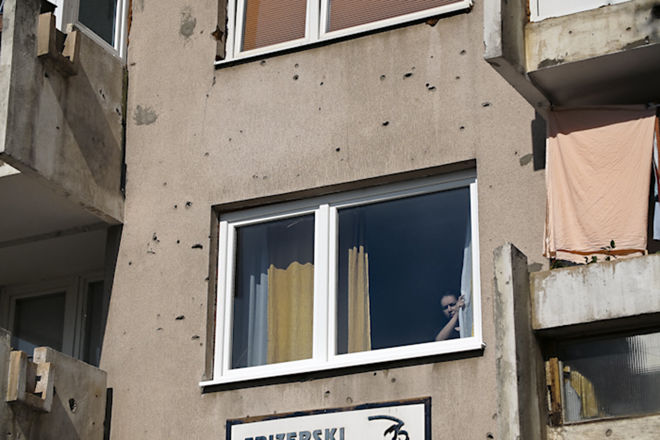 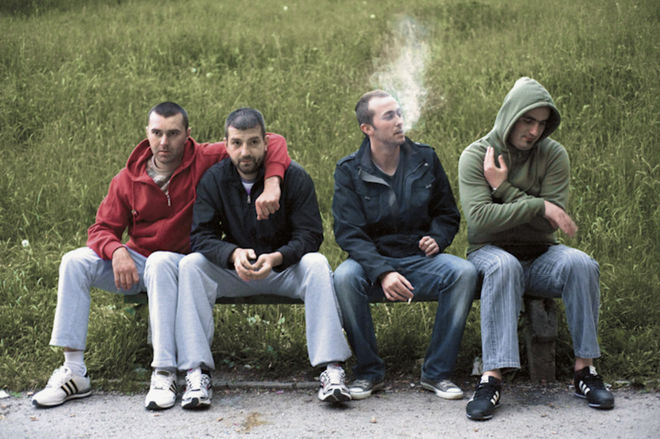