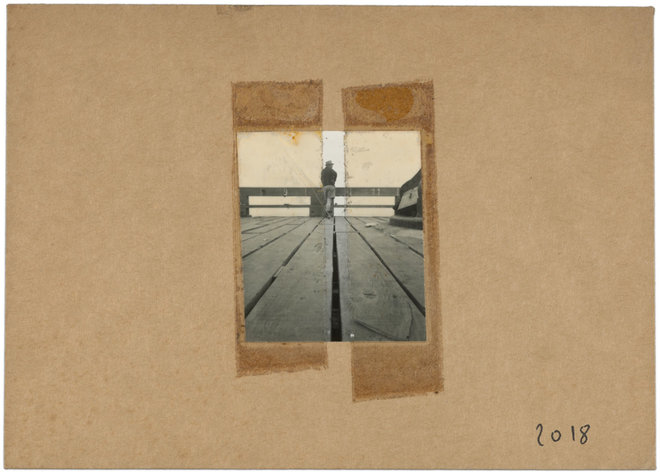 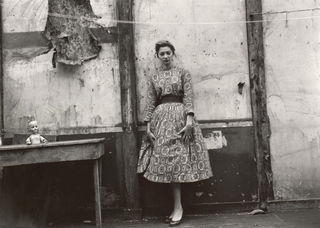 Now, Steidl has published Untouched, an archive of 200 early Bourdin works photographed between 1950-55. The images have been, as explained by Philippe Garner in an essay, “painstakingly salvaged and dusted down, sorted and examined as the precious archaeological fragments that they are”. Many of the prints are reproduced here as facsimiles of the found archival objects, including folds and tape marks, shown affixed to brown card envelopes and sometimes annotated with typed numbers or handwritten notes. It is a fastidious and encyclopaedic document of Bourdin’s early work, one that surely serves the late artist’s vision for his work; Garner refers to Bourdin in turn as “an obsessive auto-didact” and having “an uncommon and often challenging sense of purpose”.


Within the pages of Untouched, we can see the first steps towards fashion photography in beautifully clad women, but far more prevalent are scenes from the street and portraits of café life. There is a noteworthy number of photographs of children, though Bourdin's viewpoint reveals more curiosity than sentimentality. He's exercising his eye to find and articulate beauty and intrigue. 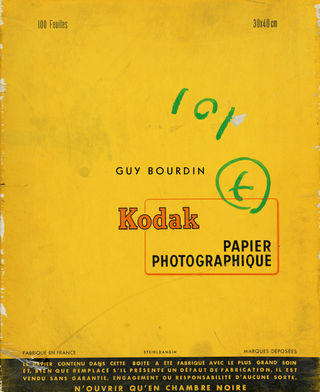 The cover of Untouched is a soiled and marked package of French Kodak ‘papier photographique’, immediately offering us a sense that we are being granted access to the inner-workshop of Bourdin. While the inner content is indeed so true to the archive that it may feel more like turning the pages of someone’s work-in-progress rather than the final artworks, this is clearly the publisher’s intention, fine-tuned for an audience who already has an awareness of, and adoration for Bourdin’s career work. As meticulous as it is loving, Untouched will offer to Bourdin’s fans an in-depth view at his first formative years of photography.

Untouched is available from publisher Steidl.