Magnum photographer Elliott Erwitt (b. 1928) is best known for his black and white photographs. Working in the era when colour photography struggled to be recognised as 'art', Erwitt photographed in colour also, but specifically for his commercial assignments, including photojournalism and fashion. With retrospective recognition of the artistic merit of his colour work, as well as a touch of nostalgia, teNeues has published Kolor, a collection of 420 photographs from Erwitt's colour archives.

Spanning the years 1951 – 1999, the collection has a wide contemporary range: Erwitt photographed Marilyn Monroe, Fidel Castro, and Akira Kurosawa. He shows scenes from New York, Siberia and Mount Fuji. There are even some shots of his favourite subjects: children and dogs. Yet, perhaps what is most interesting in the book is the unveiling of the colour versions of some of his most iconic photos - for example, the 1955 image of a young French boy riding on the back of a bicycle, a baguette crossing horizontally behind him. These images illustrate Erwitt's way of working: with cameras “loaded with color film for the client," he quips in the introduction, “and at least one with black and white for myself". These scenes rendered additionally in colour somehow compound the effect of the known images in black and white, bringing them back to life beyond the icons, adding depth and detail.

While it's possible to imagine that Erwitt's colour works could have a completely different style from his black and whites, instead they reveal the consistency of his optimistic eye. He approaches the world with friendliness and a sense of humour, whether it's a part of a fashion shoot that shows a woman's legs next to a hairless cat, or a portrait taken of a woman named Ruthie from Des Moines who, the caption informs us, can “balance four steins of beer on her breasts". Whatever the subject matter, Erwitt delivers heartfelt emotion with affable curiosity.

Weighing in at nearly 4.5 kilos, Kolor is a big brick of a book. And, rightfully so, considering the hefty ambition of showcasing the history of colour works from one of the world's best-loved photographers. While viewers may prefer Erwitt's classic black and white personal work, there's no denying that he was a skilled colour photographer also, and there are many treasures to be found in Kolor.

Kolor is available for sale from teNeues. 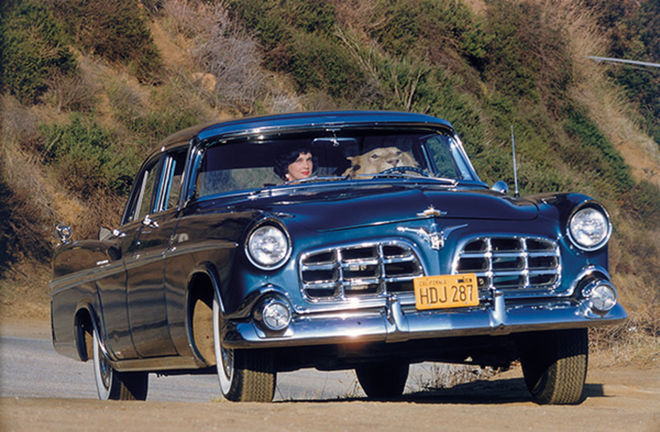 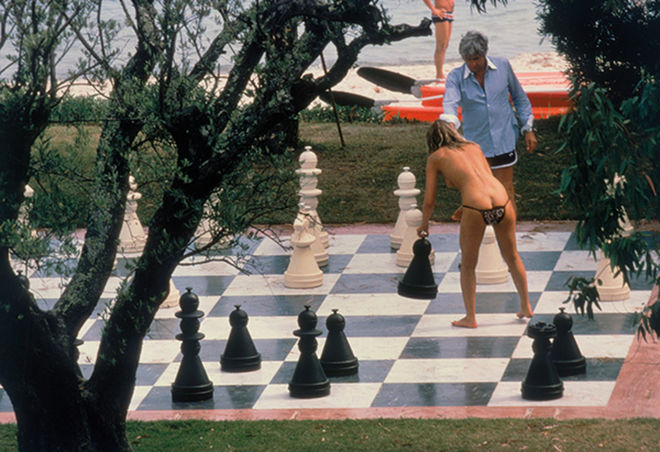 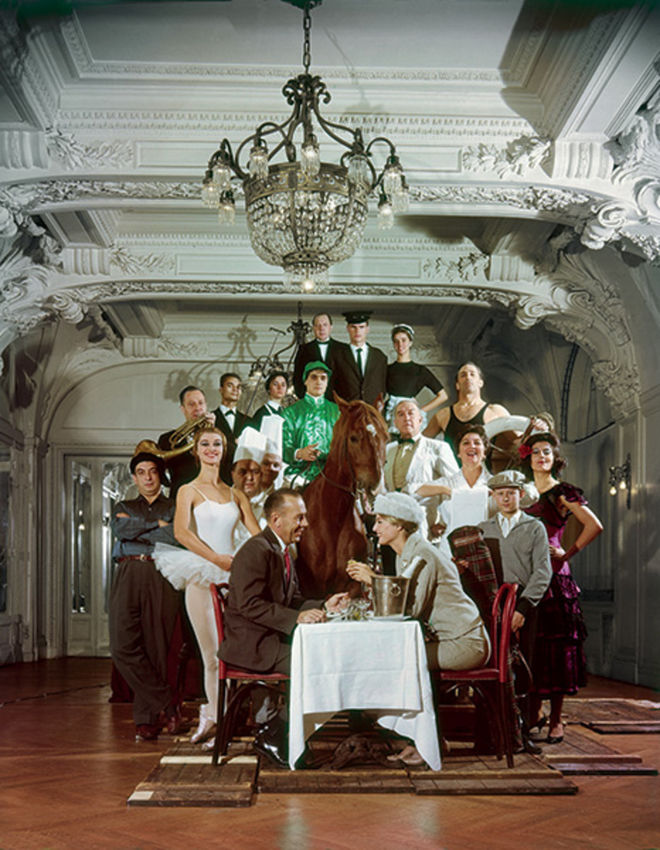