In his book Other Animals, American photographer Elliot Ross studies the similarities and differences of 50 animal species. He elaborates on the idea of seeing 'other animals' as fellow creatures in our world, while at the same time emphasising their wondrous appearance, distinctive textures and apparent physiognomy that differentiates us from them.

In this portrait series, Ross focuses on single subjects and emphasises the unique features of each animal. Through this mechanism, he evolves each picture into the very same painting-like style. Using an effortful digital dodging and burning process, he creates a black field from which the subjects emerge. Detached from their natural surroundings, the pictures of animals become portraits of individual personalities moulded out of a black canvas. Working with the subtle shades between black and white, he carves out the specific textures of fur, feather and skin that each sitter has to offer.

In a reference to human portraits, the animals often gaze into the camera and seem to be posing and self-conscious in their appearance. In one of the first images, a moustached monkey with crossed hands sticks out his chest and elegantly twists his upper body to the left. This elaborate pose seems to be an effort of deliberately showing himself at his best. This approach of portraying the animals incites the viewer to notice human expressions in the animal sitters, showing among others: an amused llama, a charming hyena, a cheeky pig and superior chicken. Other Animal offers a series of sleek and flawless portraits of expressive and evidently emotional creatures.

Other Animals is available from Schilt Publishing. 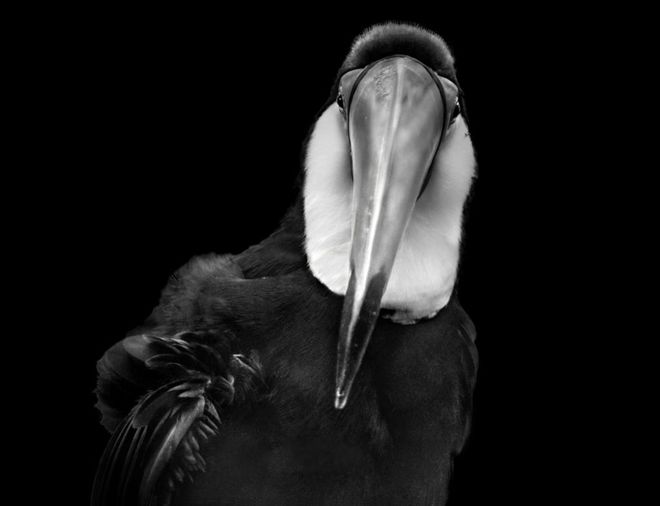 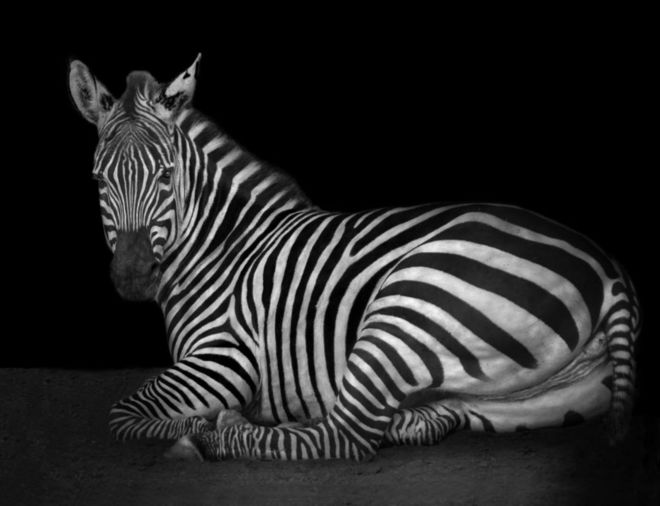 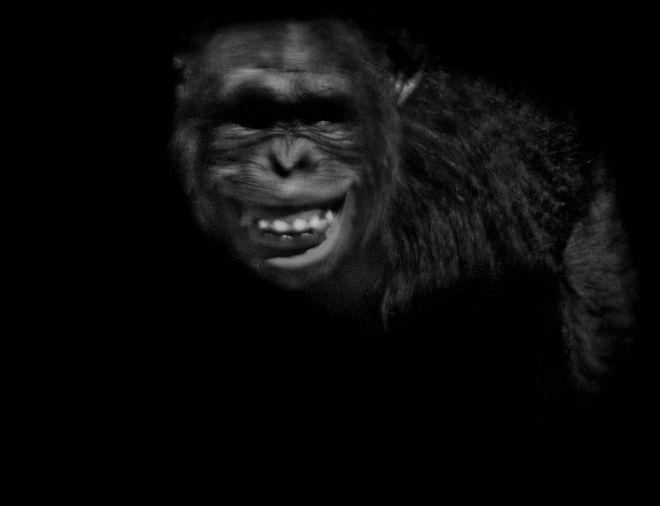