A complex and powerful book on the South African hunting industry, Hunters is about more than bloodlust. It asks the repeated question of man's dominion over nature, and depicts a profound paradox: the return to primal instincts as luxury tourism.

David Chancellor's images are magnificent; every composition, rich and enticing, is an ode to the colours and light of Africa. The book translates the vastness and nobility of a land dry and fecund all at once, but also raises uncomfortable issues of social and environmental priorities in developing countries.

If Chancellor (born in London but living in South Africa) does not appear to judge, he certainly presents it all. His hunters are as refined and elegant as they are passionate and committed; yet the pictures of their obscenely posh trophy rooms filled with dead animals come in stark contrast with the images of locals grappling over carcasses. And if some of the hunters, by the bodies of their game, appear reverent and even wistful (such as the beautiful "Huntress with Buck", a young woman whose photo won Chancellor the Taylor Wessing Photographic Portrait Prize in 2010), others can't hide the basic and almost chilling thrill of the kill.

Nonetheless, the stars of the book remain undeniably the animals - the awe-inspiring, majestic animals, whose dignity transcends their undignified deaths. Hunters is also a tale of wilderness and exoticism, filled with the ridged skins of elephants, the strangeness of wildebeest manes, and the colourful furs of giraffes and leopards. There lies the true nobility.

Chancellor's series Elephant Story, which received a World Press Photo Award in 2010, closes the book almost like an aside. More documentary than art, these photographs are suddenly void of antelopes' trophy heads and tourists' white skins – when the death of a pachyderm isn't sport, the simple fact is that it will feed an entire village. Its companion story, Shooting an Elephant by George Orwell, in which the author recalls awkwardly, agonizingly yielding to the pressure of a local mob and killing a beast he didn't feel like killing at all, only drives the point home. Nature has its own hunting laws.

Big game hunting is a world apart, difficult to grasp and filled with contradictions. Unexpectedly, it is not void of respect and deference and sometimes appears almost religious, as explains the brilliant and well researched introduction by Bill Kouwenhoven. “Ever since Adam and Eve were rudely evicted from the Garden of Eden, that primordial game park", he writes, “men and women have strived to create their own version of paradise. And gotten it wrong." A paradise of rituals, where children smear their faces with blood, where women stand fiercely, their eyes abrupt with determination, and where the power of life and death also comes with the humility of mankind's urges. 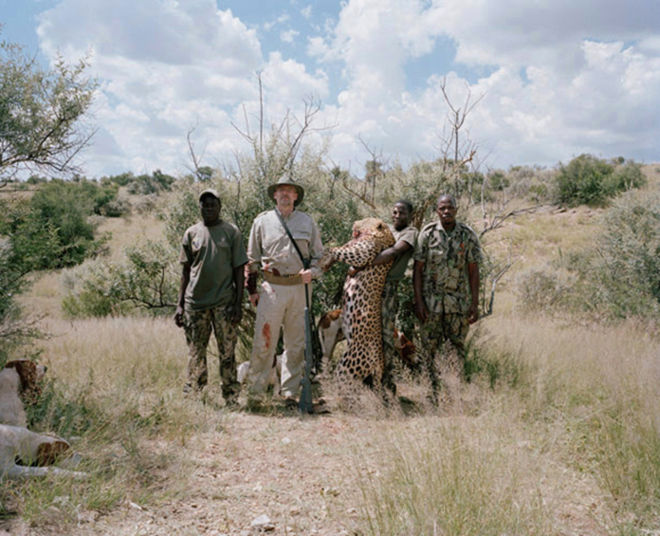 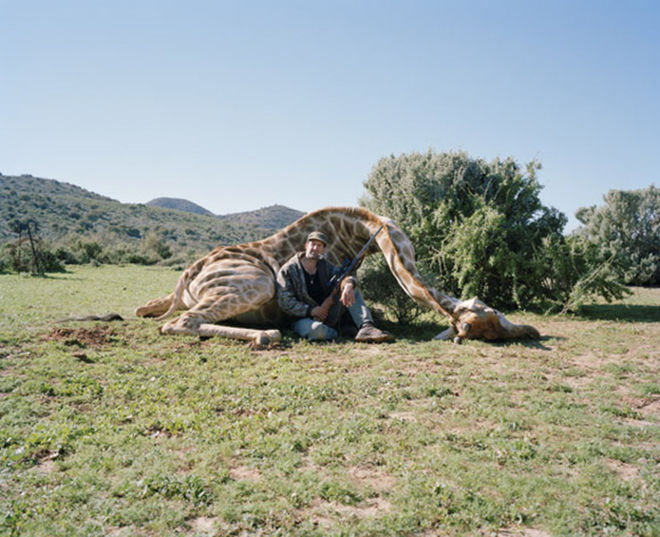 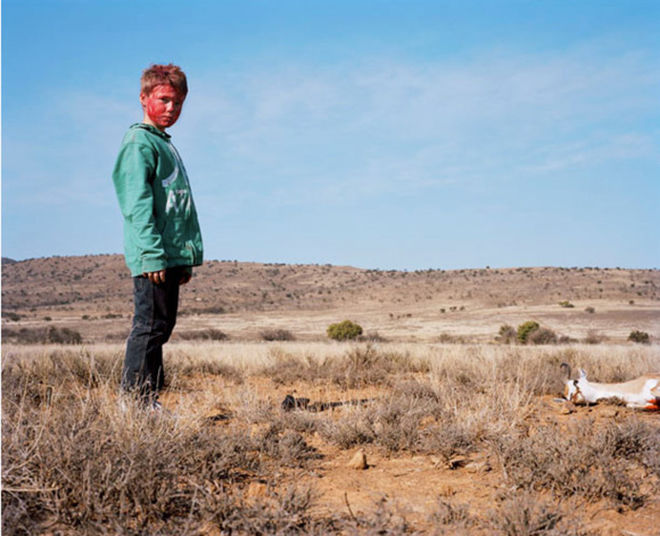 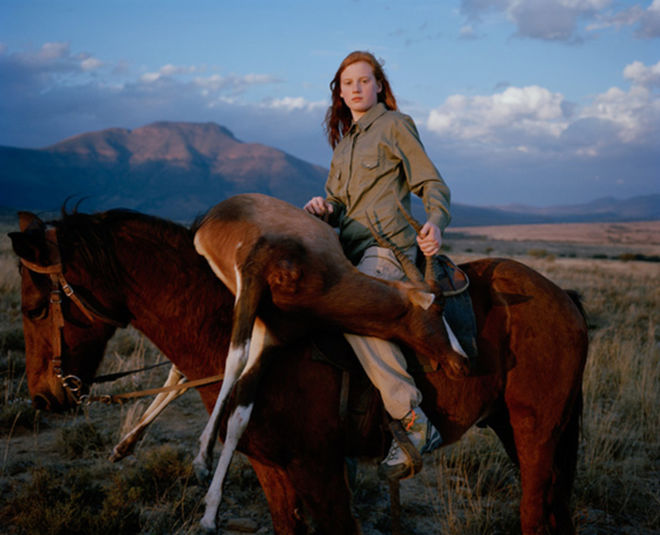 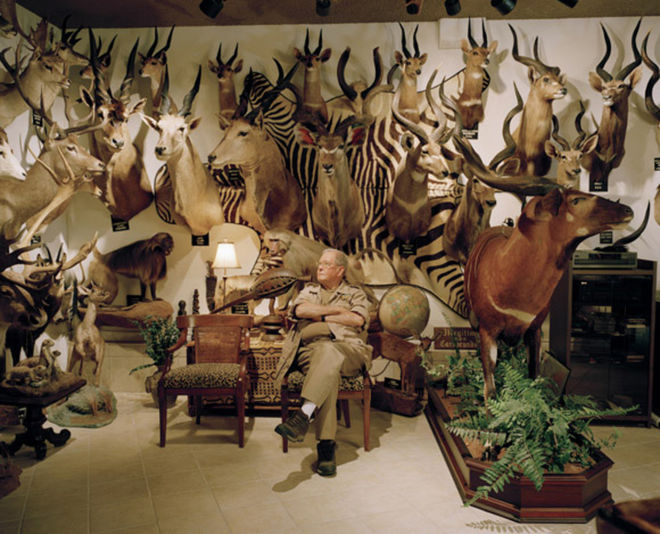