A good photograph blurs the line between reality and fantasy.” - Daisuke Yokota

In his new photobook, entitled Outskirts, Japanese photographer Daisuke Yokota (b. 1983) uses an intrusive flash to permeate the banal scenes intrinsic to all suburbs: trees, cars, street corners, houses. But then, through a mélange of re-photographing, printing, scanning, aggressive darkroom techniques and distortions with heat, dust or acid, Yokota distorts these mundane settings to create a view of outskirt life that’s far removed from the known.

Over 92 pages, with full bleed spreads and no text or page numbers, Outskirts creates an immersive experience, inviting the viewer into a dark, disorienting and slightly sinister place. We’re shown spreads of a grainy and textured world, on rough matte paper, allowing us to truly feel how real this world is for the artist. 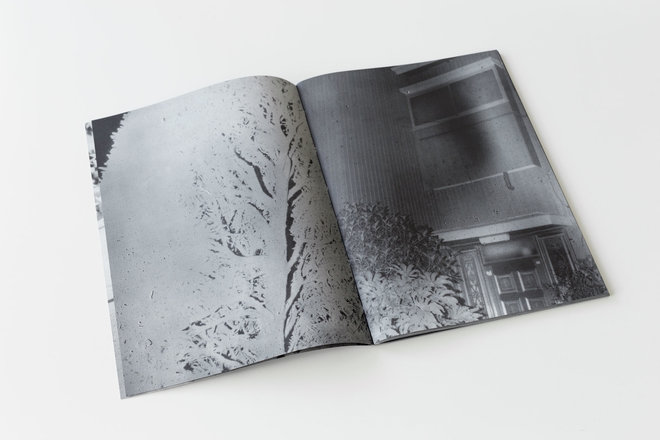 Yokota prowled the suburbs of Tokyo at night with his camera, photographing unassuming street corners and buildings, sometimes accompanied by a mysterious female stranger, who makes a spectral appearance in some of the images. But, by imposing layers of manipulation and destruction on the images, he abstracts them away from their original context, transforming them into mysterious and eerie elements that lie on the surface of something vaguely recognizable, yet incomprehensible. 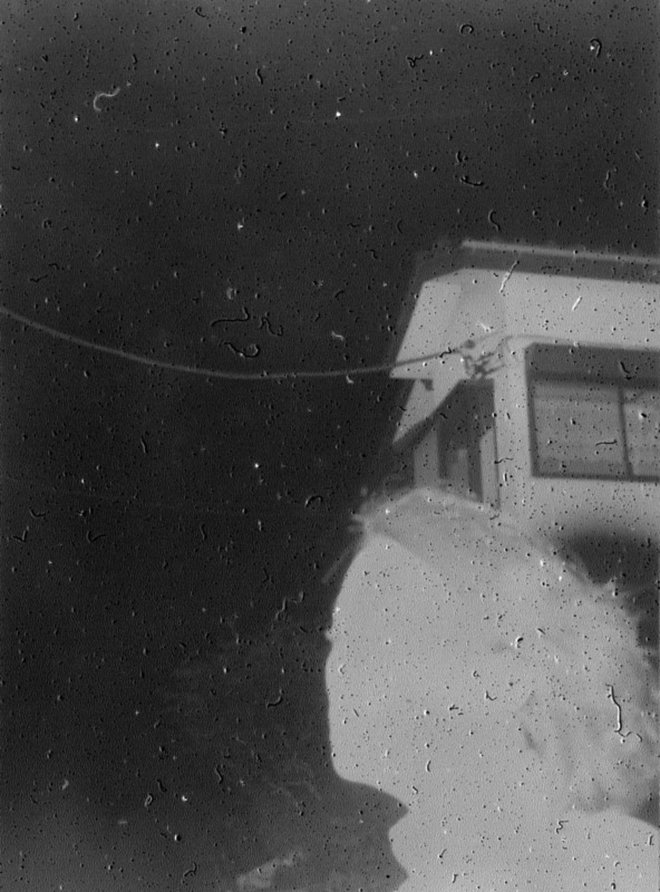 For instance, looking at a photograph of a white ghost with textured branches that reach in all directions, we might recognize it as tree-like, but still can’t help but to stop and wonder what it is exactly we’re looking at. Distorted truth or a lie, Yokota’s photographs lie somewhere in between; his fabrications play with perception, toying with human instinct to rationalize the strange. In this same spirit, at the end of the book, he again capitalizes on this sense of play, breaking the monotony of the monochrome palette with a few pages in vivid hues, as if to comment on the fact that nothing is what it appears to be and that there’s always space to push further.

Ironically enough, the title of this work refers to exactly what it portrays. Outskirts is a literal reference to the place he’s captured, but also, a metaphorical innuendo perhaps to boundaries of the known. In Outskirts, Yokota pushes the boundaries of experimentation and those of understanding, testing the limits of what is real and what is personal.