The Voyage of Discovery 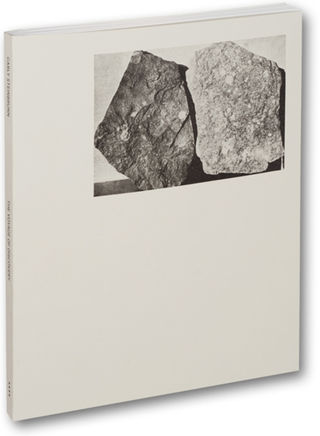 Discovery, the act of exploring unknown territory to come to new sights or insights, has been one of the bedrocks of humanity’s expansion. Photography has come to serve as an integral support of that pursuit, both in terms of providing evidence of the things that are discovered, and, in modern times, also providing motivation in and of itself: we discover things in order to photograph them. For her first book of photography, The Voyage of Discovery, French photographer Carly Steinbrunn (1982) has created a series of 35 images that look to the tradition of discovery, and photography’s role in that.

Working with a variety of aesthetics, primarily in black and white though with a handful of images referencing early hand-colouring techniques and an additional couple using more modern colour, Steinbrunn approaches discovery from a certain across-the-ages perspective. Ranging from a scientific precision to a nearly snapshot aesthetic, the diversity in itself illustrates the ever-evolving nature of discovery and documentation methods. She photographs landscapes and flora, artefacts and fauna, creating a cross-section report on evidence of life. Printed in small sizes on the page, with plenty of surrounding white space, the images invite the viewer to consider their significance: Why am I looking at a person holding a small gorilla’s foot? Why am I looking at an okapi standing on a small pathway next to a building? What is the significance of this photograph of a man-made pyramid, or this naturally occurring landscape? 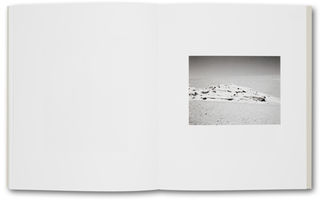 Without any labels or texts, aside from short plate names printed on the back inner flap of the book jacket, The Voyage of Discovery makes no attempt to classify itself as a true scientific representation, opting for an artist’s interpretation of those processes and pursuits. As such, it’s a meditation on discovery as a concept. Steinbrunn is considering the ways that we as people look at spaces and objects when we encounter them ourselves, and also how we try to show those spaces and objects to other people in order to indicate what is important about them. However, more conceptual than descriptive, the book allows the viewer to do more than just arrive at his or her own answers; it asks the viewer to bring his or her own questions.

A thoughtful and creative viewpoint on the art of seeing, The Voyage of Discovery shows us many things that we already know, and asks us to continue looking until we see something that we do not yet know; to discover, through photographs, what can be found in photographs.

The Voyage of Discovery is available from MACK.