“There is no such thing as a 'provincial city,'" writes Japanese photographer Atsushi Yoshie. He goes on to explain, in the essay of his book Provincial City, that the term is used to refer to cities other than the nation's capital, but the reality is in fact an endless landscape of such cities with their individualities slowly eroding.

Yoshie has thus photographed street scenes from various prefectures of Japan, from 2010 till 2014, which illustrate the mundane sameness pervading these provincial cities. The images carry a repetition that is both jarring and numbing. Roads might be large, but not too large. Buildings might be tall, but never so tall that you mistake it as one that belongs in a 'proper' city. There are shops, restaurants and gas stations – evidence of both commerce and residence – and yet, a distinct lack of bustle. Flipping through page after page of the 122 images of Yoshie's book, there is frustration to be found in the glaring lack of idiosyncrasy in these places.

Part of this semblance of collective identity comes from the way that Yoshie chose to photograph the cities: he has approached all of the scenes with a similar gaze and distance; they are mostly taken during the day with only a few shifts of weather and sky; people and cars only make occasional appearances, and even then, do not make their personalities known. The colour palette, wooden and earthy, flows from one image to the next in the same way as do the power lines, crosswalks, and street signs.

In exploring this identity, the elusive so-called 'provincial city', Yoshie seems to be both defining the construct as well as questioning the banality of its existence. As such, while many of the images have an absurd boredom about them, it's precisely in their repetition that they gain power: the impact of the flood is unyielding. While the project is rooted in Japan, viewers from any modern location will be able to relate similar observations locally. It is becoming increasingly impossible, even while moving great geographic distances, to travel. 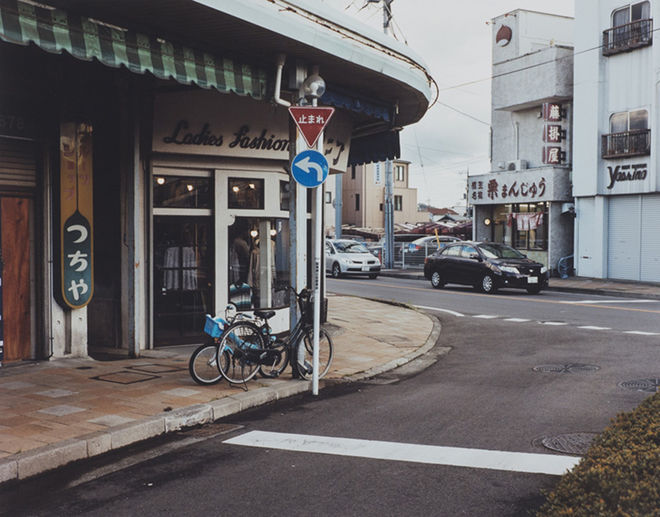 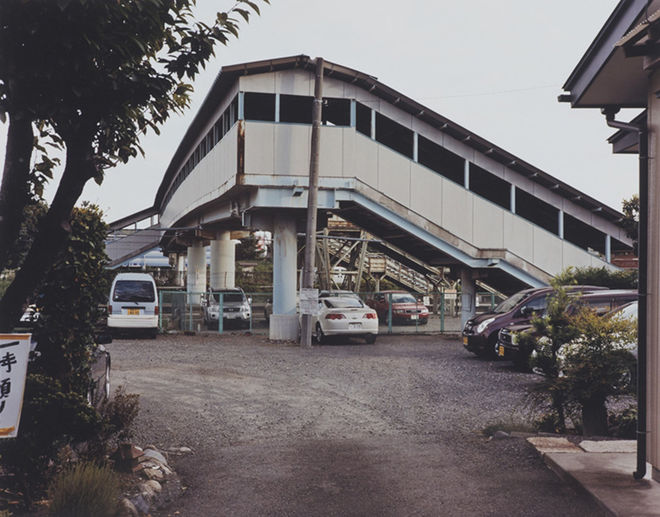 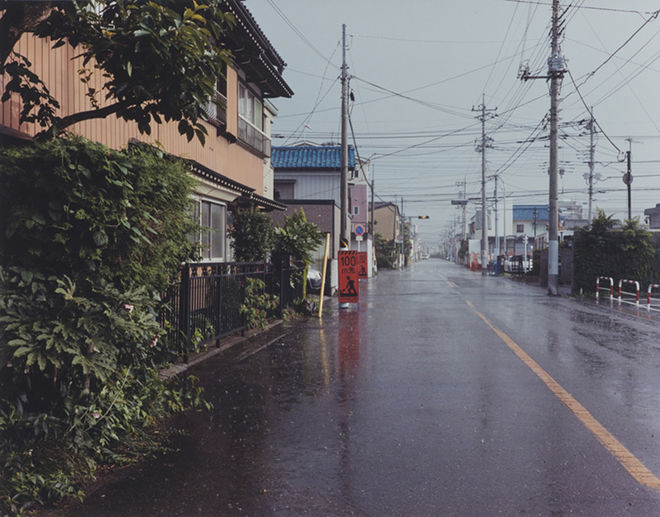