A retrospective of Wolfgang Tillmans’ work recently ended its run at the Common Guild in Glasgow. This appeared to be a standard Tillmans exhibition: poignant and personalised while at the same time planned and almost scientific. The exhibition design was typical of the outlier-meets-museum style continuously cultivated by Tillmans since the beginning of his career. Impressive abstract photographs are framed amidst a more casual and intimate display of everyday images. What, then, is the impact of such a repeating retrospective? Is an artist’s appeal simply recycled with this rearranging of works in a new venue and under different coordinates?

For Tillmans, however, the exhibition model (recycled or new) is just as central to the story he is telling as an individual photograph. Throughout his career the flexibility of his photographs—their ability to stand alone as well as in conversation with other works—has allowed, even encouraged, the form of the retrospective. Thus the repetition exhibition presents a paradoxical turn: it sediments Tillmans as an inventive artist because of the nuanced transitions that take place from exhibition to exhibition. Within a single exhibition, transition is about the possibilities of variation in an oeuvre: from monochromatic photographs that sway and move to still lifes of domestic objects. On a smaller scale, the photograph illustrates transition through the slow changes found in nature and through Tillman’s own artistic process. Paper Drop (London), 2008 embodies both of these transitions. Tillmans is interested in the photograph itself and the possibilities of its (interior) iconography and its multifold (exterior) materiality. What we see here is a photograph of a blurred and folded photograph. Tillmans mirrors his own subjectivity, his own hand, and ultimately his interest in the integration of mundane and monumental, physical and abstract.

Paper Drop requires time. Time is characteristic of Tillmans’ embrace and transcendence of the everyday qualities his work. With attention to stories in mind, then, Paper Drop is unique because it forms a serialized story. These semi-conical images are abundant. They travel with Tillmans, and even in their opaqueness note the cities, the spaces and the mood of the artist. See Tillmans’ garden series for an ever more personalized variation on this theme.

While the earlier appraisal of the continuous retrospective might seem cynical, in Tillmans’ case it stands in as a macrocosm of his work: subtly mapping the photographic change and the everyday alterations that attend to a photographer’s story. 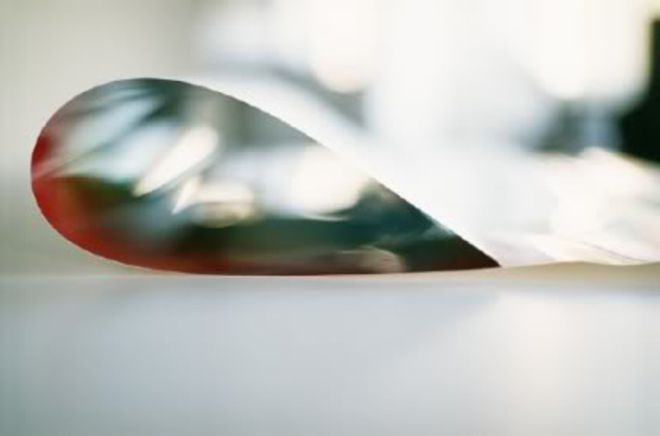