The annual award ‘SO’, that is, the ‘Selection Of’ Dutch photography, has now announced the winners of the 2015 edition, with first prize being taken by Linelle Deunk. Following an open call to all professional photographers and photographers working on assignment in The Netherlands, a jury of experts reviewed the 206 projects submitted by Dutch photographers and nominated 35 projects for closer consideration. In addition to the Gold winner, Eddo Hartmann was awarded with the Silver prize, Martijn van de Griendt was awarded the Bronze prize, and this year for the first time, there was also an award for a student photographer, which went to Kiki Groot. 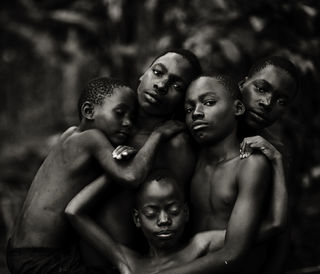 The jury members focused this year on photography projects of the time, work that was seen to be representative of 2015, which also exposed the creative identities of the professional photographer. For Gold winner Linelle Deunk, the judges expressed their amazement at the light in her classic black and white series shot in Uganda, This World Is (Not) Mine. The project, which was featured in GUP#44, the Raw issue, as a portfolio, uses a combination of portrait and landscape photography, which the jury commented works well with the images. Created as part of a partnership with Marie-Stella-Maris, the series focused on a family related to one of their clean drinking water projects, and aimed to express through lush and sensitive portrayals the feeling that this world is meant to be for all of us. In her portraits, Deunk portrayed Gertrude, who lives with her husband and seven children in Mukono District. The country is surrounded by water, which is often safe for consumption.

Eddo Hartmann, the Silver winner, made his photo series in Pyongyang, the capital of North Korea. After the Korean War, the city was completely destroyed. The architects who had worked on the reconstruction of the city were instructed to create a city that would symbolize the new revolutionary era. Hartmann’s images show the carefully constructed urban landscape, reminiscent of a stage set. 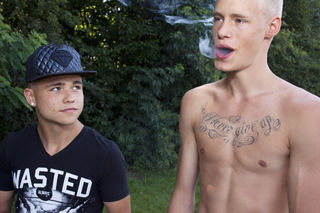 Martijn van de Griendt, the Bronze winner, photographs young people from Amsterdam and Enschede in a series of up-close environmental portraits, showing these youths in their daily life as they socialise with friends. Van de Griendt captures them sometimes ‘caught in the moment, and sometimes a bit more posed, but in a way that they, even though they are aware of the camera, remain themselves.

After two years of SO Awards, this year also sees a winner for the the best student photographer. From nine students nominated, Kiki Groot was selected as the first person who is able to call herself the winner of the SO Student Award. With her photo series ‘Zoekogen’ , Dutch for ‘Searching Eyes’, she followed for a period of time a young boy who has difficulties connecting with the people around him. Photographing him around his home and in his private world, typically alone and often showing him from behind, Groot creates a space of getting to know the young boy better, simultaneously intimate and frustrating in our inability to fully know the boy who’s constantly turning away.