What seems to be the Problem?

Paul Hansen’s photograph of a crowd of Palestinian men carrying the dead bodies of two infants through a narrow street in the area of Gaza was selected as World Press Photo of the Year 2012. Since the announcement, he has been repeatedly accused of digitally modifying the picture to such a state that the final edits, as sent to the competition, have altered the picture's meaning.

Following an investigation by World Press Photo, their official statement made clear that the published photo did comply with rules, though acknowledging it had been “retouched with respect to both global and local colour and tone”. Okay, fair enough. But does this really matter?

The contest entry rules of World Press Photo state that the content of the images must not be altered; only retouching which conforms to currently accepted standards in the industry is allowed. These accepted 'standards in the industry', however, do not refer so much to a natural state of things but rather to a moral normality that has been approved of, depending on the cultural context in which it is seen. 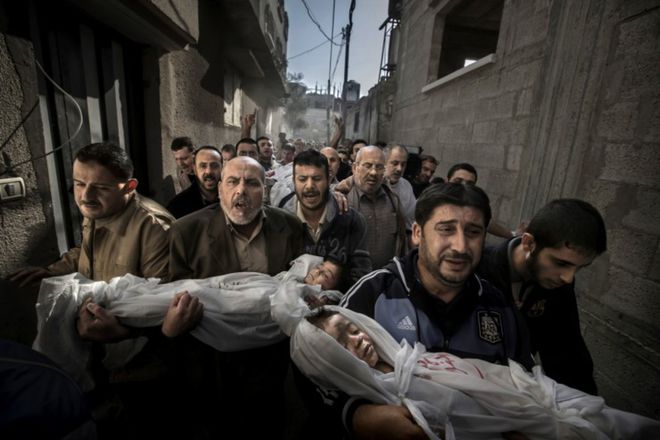 Home of a Rebel Sharp Shooter (1863), Alexander Gardner's famous Civil War photograph showing the aftermath of the Battle of Gettysburg, is an often used example indicating how these industry standards might change over time. Almost a century after the image’s publication and exhibition, researchers found evidence of the same soldier’s body in multiple photographs, in multiple locations. What followed was some controversy in what came to be known as 'the case of the moving body', i.e. the apparent movement of the soldier's corpse to the rocky outcropping for the sake of creating a more dramatic image.

Let's be reminded that this critical review probably relates more to the contemporary 'standards of the industry', rather than those relevant during the 1860s. As has been stated by William Frassinato, who published his own analysis of the case back in 1975, manipulation of photographic settings in the early years of photography was not frowned upon, as they involved a 'physical manifestation of emotional reality'. That is, while Gardner’s alleged manipulation of the scene might offend the contemporary sensibilities of Frassinato’s time (the 1970s), they were not considered relevant in Gardner’s time (the 1860s).

Perhaps just as relevant to consider: in comparison to the tradition of battlefield painting (the 'standard' medium of representing conflicts until the introduction of photography), photographs offered a much more accurate portrayal of the Civil War, regardless of interventions. 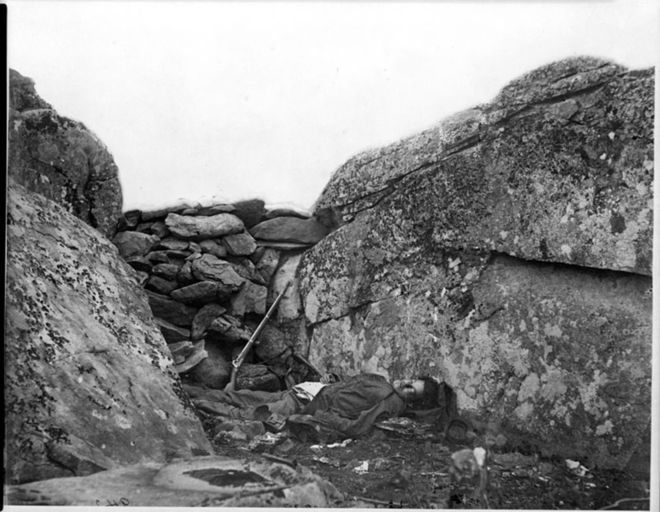 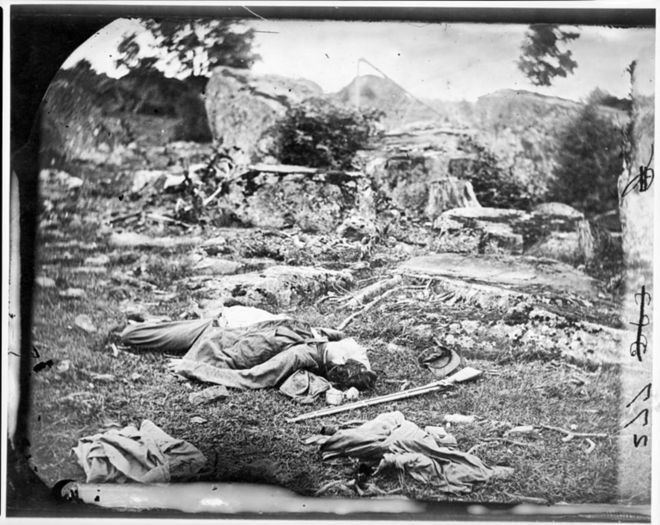 From October 11, 2012—January 27, 2013, The Metropolitan Museum of Art in New York featured Faking It: Manipulated Photography Before Photoshop, the first major exhibition devoted to the history of manipulated photography before the digital age. Focusing on some 200 visually captivating photographs created between the 1840s and 1990s, the exhibition spanned the fields of art, politics, news, entertainment, and commerce. In every image, the meaning and content of the photograph was significantly transformed in the process of manipulation.

The show offered a provocative perspective on the history of photography as it traces the medium’s complex and changing relationship to visual truth. To put it plainly, photography and manipulation, if not alteration, have gone hand in hand since the beginning, and there’s no reason to suspect this will change.

Let us return to the issue at hand. World Press Photo wishes, in choosing each year’s winning photographs, to reflect the grim earnestness of the participating photographers. But for how long can they keep up their quest? Increased manipulation makes photography suspect as reliable documentation, but meanwhile, our take on reality has also changed.

The photograph, like other inventions (car, airplane, train), has created new realities; a view of the world that is commonly accepted as being 'photographic'. But Photoshop and other alteration tools have become the common denominator of today, something that we came to live with and by. This evolution involves a radical change in perceiving images as reflections of the 'real' rather than reality themselves, but something worth remembering is that this doesn’t ultimately conflict with our physical experience of emotional reality.

A truly powerful photo needs to convey more than the subject. It must emit emotion, awe: a sense of unbelievable, inconceivable amazement. Or surprise. This, more than its 'truthfulness', is what we expect from photographs today.