Since the first democrat elections of South Africa in 1994, the nation where apartheid society was dominant for over four decades changed course. Those born since the National Party handed power over to the African National Congress, the oldest of whom are now reaching adulthood, face a new reality and a new cultural identity – they are the ‘Born Frees’. Three native South African photographers, Sipho Mpongo, Wikus de Wet and Sean Metelerkamp, who together created project Twenty Journey, travelled for seven months across their homeland to document the realities of life in the nation – Sipho Mpongo concentrates on the born frees, Wikus de Wet on the meanings of the land and Sean Metelerkamp on the country's idiosyncrasies. The result captures the many faces of this new nation; each photographer adopts an alternate approach to their insider’s insight as they explore the themes of identity and modern life in South Africa. 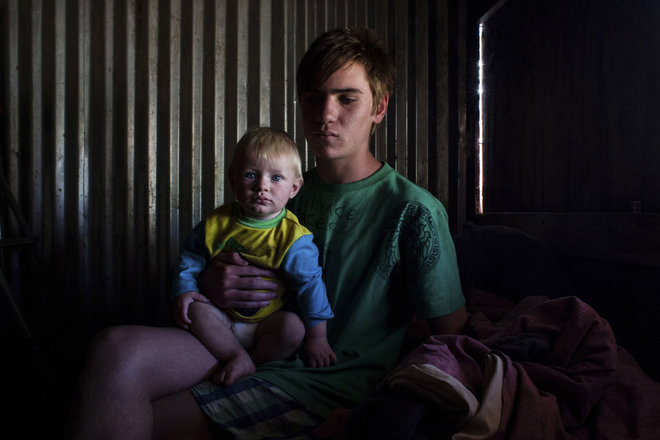 Sipho Mpongo (1993), who was selected this year by the Magnum Foundation as a Human Rights Fellow, started his seven-month tour of South Africa with his focus firmly on capturing the future of the nation and the identity of the born frees. “The critics among older South Africans contend that [the born frees] are apathetic and apolitical, unaware of the history of the struggle that made their lives better,” but, Mpongo explains, the born frees are yet to define or create an identity for themselves.

Mpongo’s documentation of this generation translates as a raw and personal discovery of his own country and the diverse individuals that call it home. He accesses communities for the first time as the series translates his initial reactions and encounters into unknown lifestyles. It is a far-reaching view into the youth in all regions of South Africa. The lifestyles of many white South Africans appear similar to those of black South Africans; his series gives common ground to communities whose once overt segregation continues subconsciously and creates a visual reference point during this prominent time in the history of the nation. 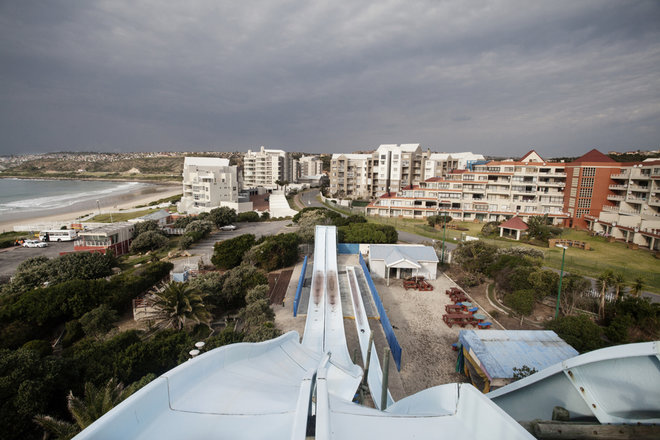 Taking an alternate approach to examine the theme of identity, Wikus de Wet (1990) focuses on the examination of the land that spans the country itself: its cultural, historical and commercial value and the relationship with its residents. De Wet documents what these aspects of land can divulge about those who live upon it. His series is dominated by landscapes, in which considered compositions exhibit dialogue between contemporary and traditional use of the land. Assorted purposes and activities span the spaces; new modern culture influences the architecture and infrastructure that demonstrates diversity to match its residents.

As the only one of the group who experienced life growing up under white rule, Sean Metelerkamp (1984) follows his interest in the idiosyncrasies ofthe Rainbow Nation. Accepting its unforgiving historical present and the conflicting patterns that merge to make up the society, Metelerkamp portrays South Africa’s unique beauty in the diverse range of culture and attitudes. Elements of the past are united with the future and stray moments captured, with genuine ease, alongside documentary compositions to depict the nature of life in South Africa.

The visual identities represented throughout the collective’s series demonstrate the difficulty of generalising a nation’s identity. Viewing the works of Mpongo, De Wet and Metelerkamp together conjures a vibrant portrait of South Africa in which race, culture and class vary with prominent diversity. Through the photographers’ bold sense of narrative their individual approaches and elements of their journeys are united. Gaining access to communities and personal environments, the bold aesthetics of the photographers reflect the eclectic population of the nation, creating a poignant insight into life here.

The individual peculiarities represented in the imagery remind us to be cautious when making judgements based on a superficial level to construct a single image of a nation, or of a generation.

The past, though intangible, is still evident in the narratives the photographers capture, but the future for these individuals as well as the nation as a whole remains insecure. The true extent of democratic progress in South Africa remains contested. Twenty Journey capitalizes on the diversity of its members’ experiences and ways of seeing to collect different fragments that build up the identity and realities of contemporary South Africa; they form a diverse yet strong voice of the nation.