The Shadow Side: An Interview with Roger Ballen (part 1)

Roger Ballen (1950, USA) has lived and worked in South Africa for more than thirty years, photographing small towns and townspeople in beguiling black and white images. Combining elements of documentary with fantastic construction, Ballen has progressively created images that extend beyond a signature aesthetic – they allow us to enter into an alternative Ballenian world. In this interview, Ballen speaks with us about darkness, the essence of images and how photographs can penetrate the inner-mind.

Your work is often described as ‘dark’, or seen as focusing on the dark side of humanity, but I’ve heard you talking about the images instead using the Jungian concept of the ‘shadow side’. Is that a better way to see them?

Shadow is better than dark, because dark for a lot of people connotates evil, and I always say it’s just the opposite. It’s interesting how people describe the pictures as dark. Really, it’s a revelation to me. It should be a revelation to themselves, if they were aware of their own internal being when they would say something like that. They would realize that they have certain blocks that they haven’t gone through yet. The pictures shouldn’t be seen as dark, and I’m not quite clear what is ‘dark’, anyway.

Well, for example, if we look at the short film about Outland, which wasn’t actually filmed by you but does seem to tap into the same feeling behind your Outland project – there’s screaming, death of animals and people dealing with their own personal demons. That does strike me with darkness.

Yeah, but it’s the reality that pervades the planet.

So, we can’t see it as darkness if it’s pervasive?

If you go into a supermarket, nobody’s upset with the 500 dead chickens there. (laughs) Or go into the sushi restaurant where tuna are being destroyed in the interest of natural foods. It’s everywhere. So, that’s what I’m saying: when people see it as dark, they should see it as a revelation that is actually the reality that is pervading the planet and pervading most of their behaviour. 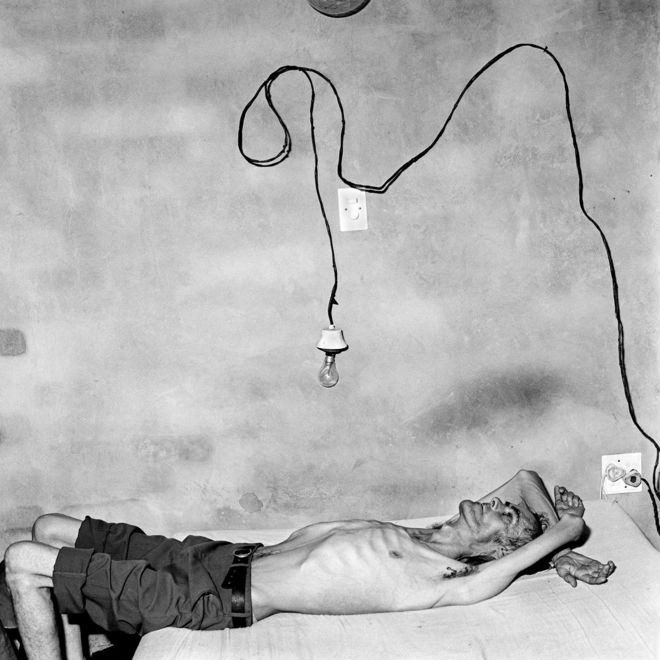 Well, it depends. If somebody kills somebody in the street and chops their head off – that’s quite a dark action. I wouldn’t see that as light. That’s not a revelation. You might see that as a revelation about human behaviour, but it’s not a light action. It’s not something that would inspire me and it shouldn’t inspire anyone else, but if we can try to understand the motives behind that behaviour then it might be of some value in understanding that the species is fundamentally violent. There’s no doubt about that. That’s a revelation, to understand that the species is fundamentally quite violent. If you don’t come to grips with that, then you’re missing the boat.

But going back to my pictures. I’ve had a long career, I’ve been doing this like fifty years now, and so it’s really important to understand that different series have different essences to them. One has to be careful, when we talk about my career, to always reference the various series. For example, my first series is called Boyhood, which was done in the ‘70s, and that’s quite a nostalgic, sentimental project. 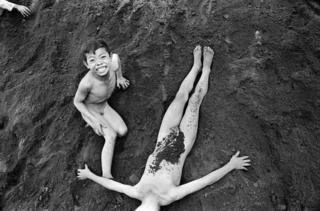 My pictures keep transforming themselves in many ways. One series leads into the next, but by the time the series is over, there’s a lot of things that happen to my photography over those 4, 5 or 6 years. But, what’s important about Outland is that during that time, I started to see myself as an artist photographer, rather than somebody just documenting the world around me. During Outland I saw myself as a transformer of reality. It started around 1997, and has continued to this day, to the point where I think people look at my pictures, they can easily identify that I was the photographer or artist taking them. Because that transformation seems to be rooted in my mind as much as it is rooted in the things being photographed.

When you try to clarify the intention behind your images, is it difficult to approach that same ideas in words?

Yeah, the pictures have a little bit multiple meanings, and sometimes meanings that are opposite. So, it’s very difficult, if a picture contains various meanings – some of which are opposites – to be able to clearly define the meaning of the pictures. The pictures also should be like a truth or an essence, and things that are truths or essences are also difficult to talk about; they just are. 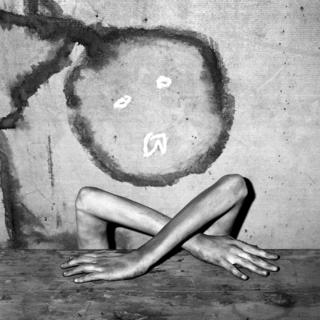 Perhaps it’s also the case that, as your images move further away from that documentary effort and into a transformation, people ask you more and more to explain yourself?

Yeah, they don’t know what to ask me anymore. It was easy when I did the Outland book in 2001, for example. That was a book that was quite easy for journalists and people to talk about because it came out when was a takeover by the black government of the white government in South Africa, and so South Africa was in the news in relationship to the black/white issue. People found the pictures interesting because I defined an aspect of white society that people weren’t aware of, so it was very easy (they thought) to talk about those pictures, because they could bring in the social, political, and cultural issues, which most journalists are trained in – not aesthetic issues.

Now, the work is being seen differently – most people now who talk about that work aren’t from here and also are not really that fluent in the history here, so they can’t really refer back to that. They don’t really talk about the South African cultural history aspect of those pictures, which I’m very pleased about, because I don’t think the essence of these pictures is necessarily political or cultural, and that is why they still reach people who know nothing about the culture here and haven’t been here. 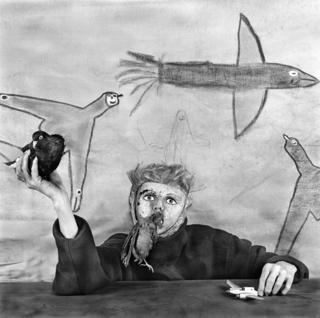 So, the pictures really start to define their essence through a much more profound way and I think the pictures can be seen as a comment about human absurdity, and I think that’s a much more accurate way of defining those photographs. But when that book first came out, people didn’t try to define that work that way. I was also not as clear about my intentions at the time. It’s taken some time before it was clear to me what those pictures were about.

As you say yourself, your photographic style in those early days was more documentarian than it is now. Did you find over time that you intentionally moved away from that style in order to be interpreted more in an artistic rather than political way?

No, first of all, my pictures have always been fundamentally psychological. Even though the images had more of a documentary aspect to them, they were still fundamentally psychological in nature, in terms of what my feelings were and still are. So, I never decided to do anything in any particular way, I just have done it. I don’t really start out with any ideas, and certainly no aesthetic ideas, and I don’t really try to second-guess the circumstances. When I go out to take pictures, I try to go out with a quiet mind with no ideas and just get there. And then once I get there, then I try to create an aesthetic reality around the people, the place, the objects, the animals. I try to create an aesthetic life – a photograph – that has some deeper meanings to it, something that has some ultimate life to it, but I don’t really think much about it outside of the time I’m there. I think that’s one of the problems of contemporary photography.

The pictures don’t reach the inner-mind of people. You just say things that the mind already is aware of. You can’t just decide you’re going to do that, take pictures that find their way into people’s inner mind. It has to just happen. You know, it’s not something you decide, like, “I’m going to win the lottery”, or “I’m going to become the next welterweight champion”. That shouldn’t necessarily be your goal. Your goal should just be to create strong, intense images. But the problem we see with most photography these days is that it doesn’t penetrate. 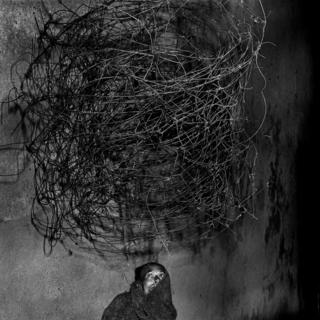 My goals have always been, as I said, psychological, and primarily to discover my inner mind, and I would hope that the pictures I take help other people to do that as well.I really feel that’s the only hope for mankind, or womankind or whatever, that they actually find their identity in some way or another, and come to some resolution.

Does it start then by trying to express your own psychology?

It always has to start with yourself. If you can’t get yourself right, nothing else becomes right. But I don’t know what ‘right’ means.

You have to decide the thresholds, but that goes on until you die. It’s like a ladder that goes to heaven: there’s no end. As soon as you climb one stair, you see another one in front of you.

Well, I suppose that’s good news in terms of always having the next goal to pursue right in front of you.

Well, you know, it doesn’t get easier though. You’re actually dealing with more complexity all the time, so the later photographs I’m taking are more difficult than the earlier photographs, even though I have so many more skills and capabilities. It’s like being a juggler, you keep trying to put more balls in there.

When you talk about each series being linked to a different essence or truth, how do you feel when you complete a series? Do you come to your own revelation? 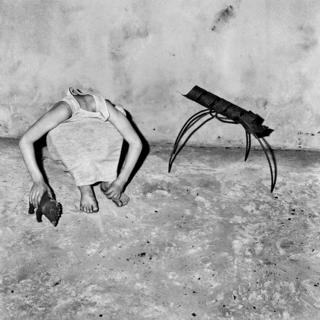 Well, that’s why I like doing books. Books take you to a certain plateau, and then you can digest the essence of the book. Most of my projects are about five years. By working on a project for five years and then finishing it, and then coming to some conclusions about what you did during that time, it really sets the basis for the next project, and so the books have always been important to me, and are easy to refer to, when someone talks about my career. If there weren’t books, it would be very, very difficult to understand my career, because you’d have to be aware of a lot of the pictures I took, and you’d have to figure out the dates, and the difference between one date and the next date. So the book actually gives a lot of perspectives to what I do and have done.

For everybody, for myself and other people. If there wasn’t a book called Outland, then Outland would go into Shadow Chamber, and then you’d have to try to figure out what was the difference between things in 1998 and 2002 – and there were substantial differences. In 2000, you could see those changes occurring, but if there wasn’t a book for you to go back to, you’d have to know a lot of the pictures to come to that revelation.

Read more in the second part of this article, The Shadow Side: An Interview with Roger Ballen (Part 2).

Roger Ballen was previously featured in GUP #20 - the Black issue. See more images from that feature in our online portfolio.