The Ritual of a Fictional Femininity: An Interview with Sean Lee

Singapore-based photographer Sean Lee (1985) was one of the photographers selected for Slideluck Warsaw in October 2014, with his project Shauna. Between 2007 and 2009, Sean created another persona based on himself who was a woman: Shauna. The work began in the red light district in Siem Reap, where there’s a large transgender community. Every bar was a set and the streets were the stage. Maria Teresa Salvati interviewed him about what it means to play a part and the difference between truth and fiction.

The incredible and unsettling appeal of this project is that, at a first sight, the viewer may think this is a documentary about an Asian lady-boy, but in truth, this is staged, self-portrait photography. Can you tell us a bit about this project and how you managed to interpret the part in such a credible way?

When I first began the project, I did not know exactly what to expect. I could not have. But I have long felt in me a feminine side. There is an interesting biblical story about the creation of the first woman: Eve was born out of a rib of Adam. For me, this is a very interesting metaphor. There are times where I have wondered if perhaps inside every man is a little bit of a woman, and in every woman a little bit of man. In personifying Shauna, I had to rely on this aspect of myself, a part of me, which I believe is feminine. But this is a part that the work cannot actually show. What I mean is that the emotional preparation for the work is not something that is visible. To act well is in fact to become. But the process of becoming is not something that is visible. What is visible is the external representation of that – the ritual.

We as a species constantly make up stories. Once we have invented them, these characters and their narratives continue to impose themselves in the real world. When I was in high school and college, I used to study literature. As a part of the lesson, we would often discuss the characters and their roles in the story. What I have noticed is that we talk about them like real people. It is possible to grow to love or hate them. It is possible to judge them or to forgive them. We sometimes even lust for them. What photography can do is that it can provide a living form to these characters. What is more exciting is that this form could actually be me. My body can actually be the medium to bring her to life. This possibility of writing yourself into the story, to be both the author and the character at the same time, is what is most exciting for me.

Tell us about the ritual, the passage from Sean to Shauna.

It takes me about 2 or 3 hours to get ready. Except for the first few times where I needed some help, most of the other times I was alone in my room. I first have a shower where I remove all of my bodily hair, even in areas where they would eventually be covered up. And then I begin to work on my make-up, which I do as carefully as I can. Though, it is not really making up, in the sense that I am not trying to look like a prettier version of myself, but rather I am trying to put on Shauna's face. So, I actually have a series of steps, which I have kept the same and do not change, to ensure that she looks more or less the same each time. I have found that the eyes are the prime concern. Eyeliner, eye shadow and especially synthetic eyelashes; then comes the undergarments, then clothes and finally the hair. This process is a physical one. And yet the strange thing is that if I do it well enough, I genuinely do feel different when I look at myself in the mirror. I feel a strange sense of responsibility for her, a commitment to bring her out, to play her well; to make her come alive. 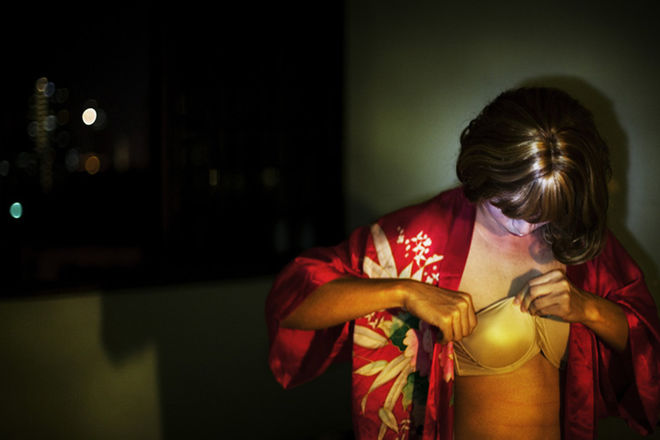 Why didn't you instead choose a real ladyboy as a subject to photograph?

In the beginning, I had not chosen a real ladyboy as a subject because I did not find that to be a good way to work. I was more interested in being one myself. But later on, as I learned more about photography, I also began to understand the complexities of photographing strangers. Especially in my case, coming from Singapore, which compared to the red light district in Cambodia, is a more privileged position to be in. This makes things very complicated. If I make a commentary about a real ladyboy, and the work becomes successful in any sort of way, what would that mean? Could it mean that my success was built upon someone's tragedy? If my position is one of safety and I could freely go in and out of their world as and when I decided, while they are trapped in theirs, without the freedom to decide, could that be considered predatory? I do not pretend to have all the answers to this. But the questions alone are burden enough.

Having said that, one of the reasons I decided to end the work was also because I knew that I could not have really crossed over. I was not willing to. I have thought about the risk of having sex with a male client on a number of occasions. I was not able to bring myself to do it. And that made me think deeply about things. I would never want this project to become a sort of conceptual exercise. The strength of the work lies in me sparing myself of less and less. To make the work stronger I had to cross more and more boundaries. This is the only way for a work of this nature to progress, and if I cannot do it, I should stop. These women sleep with men every day just to survive. For me to play a part like Shauna and never having once gone through what they go through everyday is actually very fucked up. Any sort of good acting requires some risks. This was to me the greatest risk of all. It was for me either taking that leap or stopping. I chose to stop. When I stopped, I thought to myself that the only thing I can do now is to take all my pictures of Shauna so far, and try to build them into a world where she can live in. And that is it. 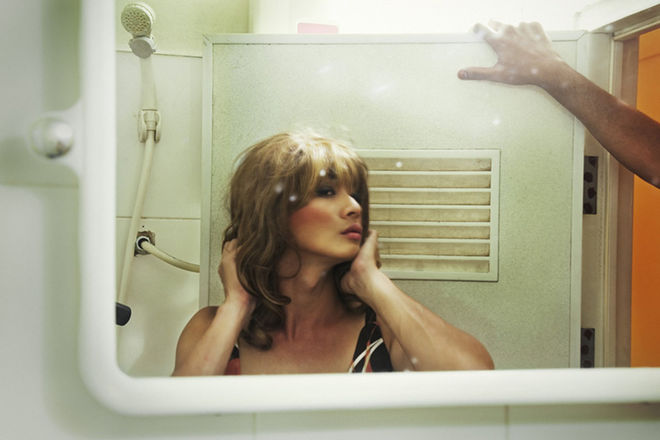 How much, and in what way, has this experience changed you, that is Sean, as a person?

There are two parts to this. The first part is about the real world. What I learned was that I actually know nothing. For instance, I realised that I know nothing about what it must be like to be born into a set of situations where so much is denied to you, that you actually have to sell your sex and your body to survive. Where I come from, youth is a time of joy and learning and trying to talk to girls and hopefully fall in love. For them, it is not the same. Their youth, and their young bodies, are commodities that can be bought and sold for the sexual pleasure of a paying customer.

The other part is about the world of stories. Although I am not able to truly know or understand what life must be like for them, what I can do is to try to imagine, and from there, to find a way to empathise, to find a patch of common ground between me and them where we could stand together, no matter how small that patch may be. I think in the series, as a whole, there is enough of a sense of longing but also at the same time glimpses of friendships and connections. That was the small patch. My favourite images are the snapshots with friends. 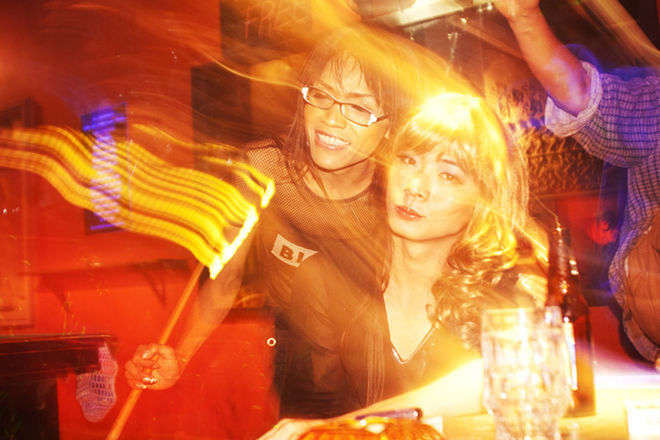 In terms of your ambition as photographer, were you trying to document the human side of life as a ladyboy or should the project be read as an introspective, self-therapeutic exercise to discover more about Sean?

The introspective position is the starting point. If I can do that bit well enough, I have found that I will somehow discover bits, which are self-therapeutic. If I do it really, really well, then I will also somehow end up showing something truthful about the world we live in, about what it means to be human, whether the human in question is a man or a woman or a ladyboy.

What is 'truth' in photography for you?

For me, photography is not so different from other art forms. I can see and sense truth in poetry or novels or performances, or movies and music and also stand-up comedy. But what I feel is that there is a difference between truths and facts. A thing may not be factual but it can be very truthful. Truth can be found in jest, in satire, in make-believe, in fiction. Very often the real things, the essential things, do not present themselves to us as facts. I want to use photography as a way to tell stories. Sometimes these stories can be found in my own life, in my real life. But other times, it would be to make them up. But in essence, the best stories are never completely made up. In fact, one may say that there is no such thing. Good stories, even those with dragons and monsters and people flying on broomsticks are always grounded somehow on what it means to be human.

See more images from the series Shauna in our online portfolio.