The Quietest and Safest Place in Pahokee: An Interview with Sofia Valiente 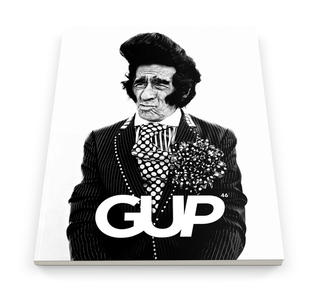 Shortly after graduating from university, young American photographer Sofia Valiente (1990) learnt about a small community near to her hometown in Florida: Miracle Village, where more than 100 sex offenders reside. Though they are free’ citizens, sex offenders face the logistical difficulties of strict residency restrictions, required to live a minimum of 2,500 feet from any bus stop, school or place where children congregate. In an effort to help these individuals secure homes and reintegrate with society, a Christian ministry founded Miracle Village, a community of 52 off-white duplexes on six streets and two roads. We speak here with Valiente about this miraculous village, and how the sex offenders in Florida have found a way to be part of a community again. 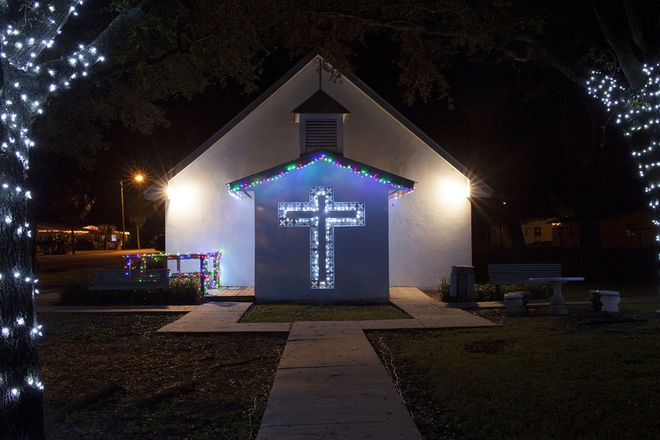 How did you first hear about Miracle village?

I grew up practically an hour away from the area and my boyfriend is the publisher for a local newspaper – he told me. I had never heard about it before, but then, it has only been there for five or six years. I had never heard of a place like that existing in my life, and I just couldn’t imagine what it was like, as I’ve never knowingly met a sex offender. A place like that sounded like some kind of purgatory.

So, you then decided to live there?

I stayed there for three months over the course of a year. Even now I live very close to Miracle Village in another small town in the area. When I was working on the project it was far away from my house, so I just asked them if could stay there. They offered me a room in one of the guesthouses with the director of the village. He was my guide in the beginning and introduced me to people but then I went off on my own.

How did you first get access? Are they not restrictive about who can go to Miracle Village?

It was interesting as I had no plan and this was my first project. I was just extremely curious, so I decided to go there one day. I was so nervous, because the office was made up of sex offenders, as well. I was just trying to talk to them and was dancing around the issue, but then they just asked suddenly: “You know who we are? You know about our community?” I responded that, yes, I knew they were sex offenders. They wanted me to acknowledge and recognise them for who they are. But, they then asked me how old I was! Some of them aren’t allowed to talk to young people, so once I said 24, they started to relax. 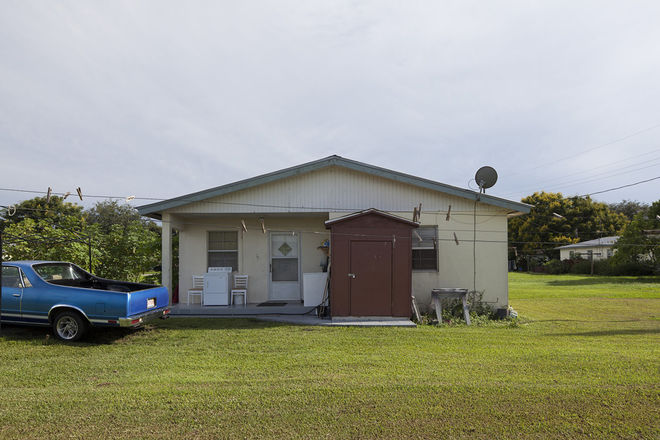 They didn’t feel like you were invading their community?

No, of course not. I spent so much time there building relationships. It was a process of becoming accepted. I was there trying to show them as a community and not just getting lost in the hype of the ‘sex offender’ label. One of them, who wasn’t included in my book, was actually convicted of urinating in public; a child saw him and the mother got his number plate, so now he has that label for the rest of his life.

The hostility towards sex offenders can be quite vitriolic … why did you decide to portray such a controversial community?

I was born in 1990 and, around that time, all the crazy laws involving sex offenders were starting to come into effect, where they had to register. So, I grew up with this image of a sex offender as being some sort of monster, the most horrible criminal, but that is what interested me in going there in the first place. After a while though, the fear started to go away, because I started to see them as people who had made a bad mistake and were now trying to move on. They were just like anyone else, so that compelled me to tell their story.

So you were shocked by how normal they were?

Exactly. There are some cases which are of course the ‘glamour cases’ which form the laws, but the reality of the situation is something far more mundane. They acknowledge what they did and they’ve done their time, so now they want to move forward. It was a bit like a broken record to them, having to talk about what they did. My first evening there, in this village of mostly men, I felt like I was surrounded by spiders. Then I started talking to everyone and I had to ask myself “where the hell is this terror coming from?: It was crazy to me that they can be seen as monsters when they really aren’t.

"They all know the worst of each other, which is also liberating for them."

What was it like the first time you asked someone about “what they did”?
It was a younger guy. I said, “Don’t worry, I won’t judge you,” and he turned around and said that the world had already judged him so I can’t judge him any more. So, there’s no secrets. In a world where our ego wants to project a certain image of ourselves, they’ve had this ability completely torn away. They all know the worst of each other, which is also liberating for them.

For the book, I wanted to dig under that label, but I also thought it was important to know the story to be able to put them into context. So, the perfect solution for me was for them to write their stories as letters. Sometimes it felt like they didn’t want to tell me exactly what happened because they wanted my acceptance, like I could have represented a daughter or someone that they had actually hurt. For many of them, I was perhaps the only young girl in their life.

I’ve read stories of towns in the area rallying against having this community in their midst. Living locally, what has been the reaction of people to the community?

There was just an article released where they spoke to a Jamaican farmer that lived there who was saying negative things about the community. But the people in Miracle Village knew him, so they went and asked him, and he just denied ever saying it. It was kinda ridiculous. Initially there were some bad feelings but the mayor of the closest town knew one of the guys living in Miracle Village and they would have cook-outs.

Pahokee is a small town and Miracle Village is actually the quietest, safest place in Pahokee. One of the pastors of the church in Pahokee said to me that if she wanted to go for a walk at night, she would go to Miracle Village, because it is quiet and she knew she was safe there.

The articles I read about Miracle Village made it sound like it was a minimum security prison and the residents were trapped there. They aren’t really trapped. Essentially they are free, but some of them are on probation so they wear monitors and they have a curfew from 10pm till 6am, so at 9:45pm you see all these cars pulling in. It’s not like they have to live there, they can move anywhere else in the county. They are free but they aren’t. It was set up by Christian ministers and has nothing to do with the government. At the moment in Miami, there’s about 80 guys living homeless in the woods without shelter, so those in Miracle Village are extremely grateful. It’s extremely tough to get into the community – they are always at full capacity.

How do sex offenders come to live in the community?

Miracle Village is well known. There are some courts who will call the director and say “there’s a guy coming out of prison can you help him out?” I also sat in on a couple of interviews. It is like a rental community: they want to know your history and whether your crime was violent. If you have a history of drugs, then they don’t want you in the community. It’s quite selective, which makes the community itself tight-knit.

They all support one another; it has this feeling of going to a really small American town where everyone knows everyone and they give each other rides to the store.

Do those in the Village ever judge each other?

No, definitely not. It was kind of a beautiful thing for me. Within the community it was ok for you to be a sex offender because everyone else shared that same label, the same stigma, the same name. In a sense, there was no judgement. There was this general air of acceptance.

So they don’t form cliques?

Ok, so, they do a little bit, but then they are all in the same boat. They all go to therapy together and they all help each other out. There is that small town drama that’s always there in a community of 200 people but, when everybody knows the darkest secret of everyone else, there’s nothing for them to talk about behind each other’s back. They become translucent, like there’s nothing left to conceal.

It’s pretty amazing how they all live there together. For many, it is the best place that they have ever lived. Yet, that’s about them being accepted there. How many of us can really say that we are completely accepted where we live, in our own communities? 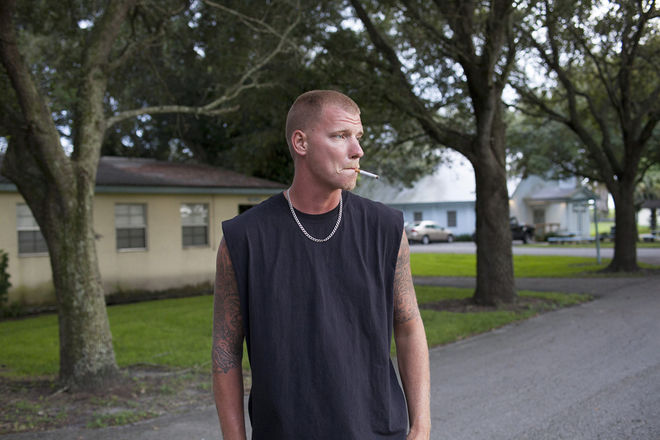