The Long Game: An Interview with Mark Steinmetz 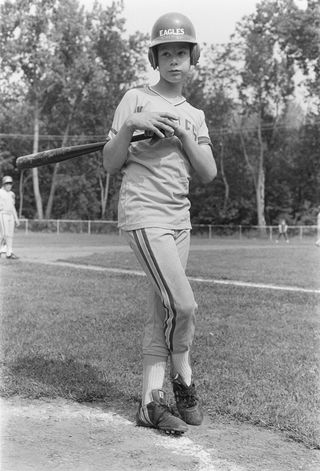 "You know why Pop-Tarts have no expiration date?” asks the comedian Jerry Seinfeld as the setup for one of his best jokes. “Because something can't go bad if it was never fresh." So what are we to make of the work of American photographer Mark Steinmetz (1961), whose pictures mysteriously become even fresher over time? Maybe great art goes directly against nature: instead of falling apart over time, it pulls itself together. Images that Steinmetz took over twenty-five years ago, between 1986 and 1990, have just been published as a monograph, The Players (Nazraeli Press, 2015), a tender black and white documentary series that captures the emotional world of little league baseball and little kid fun. In this interview, Steinmetz speaks with GUP about photographing without thinking, what gear works for him, and the advantage of working on big ideas at a slow pace.

The kids in The Players are ages 6 to 13, with a few older boys, so the book is, in a way, about childhood. What was your own childhood like? Did you play sports?

I was born in Manhattan but at the age of 4 my parents moved to the Boston area and I lived in Cambridge and then Newton until the age of 12. My brother was more the sportsman in the family but I played some baseball in a league. My usual position was shortstop and, because I was small, I had a tiny strike zone, which I could usually make even smaller by scrunching down more. That way, I got on base by walks.

Mostly I was a scientist. I collected rocks and fossils and a few broken Roman objects from trips to France. I created a museum which I invited other kids to visit. I also produced a magazine which I typed out and illustrated. I would go to the public library a few blocks away all the time.

Your mother is French and father Dutch. Did you inherit the feeling of being a foreigner, an outsider? Did your parents suffer from homesickness?

I feel a bit of an outsider. I don’t have any relatives in this country except for my brother. But I have pretty much the same level of comfort wherever I am and can feel a connection with many places in America or abroad. My mother more than my father felt homesickness but they made a pact so that they would get out and travel.

What do you take with you when you go out photographing? What do you put in your pockets?

I have a camera bag. I take along my cell phone, my wallet, my reading glasses and plenty of film. I use a variety of different cameras, mostly medium format film cameras, but I only take one at a time. One which I use now, but which I warn you against, is the 6x7 folding rangefinder by Fuji. It is super quiet and light, and it folds so it is easy to carry, but the focusing mechanism is iffy. The rangefinder can drift and it’s hard to tell when it’s no longer accurate, until you see that the results are not sharp. I think they’ve recently discontinued making this camera.

It’s important to take an internal pause while you photograph

Do great things happen that you want to photograph right when you run out of film?

No. I usually take more film than I need, just in case. As Garry Winogrand said, “There are no pictures when I reload.” With digital, people take pictures endlessly without being selective and they don’t learn to discipline their minds. It’s important to take an internal pause while you photograph. Time is actually malleable. It is stretchy. Be aware of how many frames you have left and stay conscious. That’s how you’ll walk away with the photo in hand.

You've said that you turn your brain off when photographing. How does it feel when you walk around shooting without thinking?

I think about all sorts of things when I photograph. But the picture can arise quickly and I think in my case there’s no real inner critic or judge to cripple me. Photography is very physical. It is much closer to athleticism than anyone ever discusses. Or, at least, it’s athletic if you are working quickly out there in the world. I walk a lot and that’s got to be good for you.

How do you keep your brain sharp? Do you restrict your computer usage and TV-intake? Go on meditation retreats?

I’m so busy, my brain has no choice but to stay sharp. But yes, I meditate and if you can turn your brain off from time to time and give it a rest, your brain will work better. I haven’t watched TV in ages. In America, with all the commercials, it is insulting. People are so passive to watch it.

Do you ever get angry at yourself if you can’t focus, can’t turn the brain off?

No. I don’t beat myself up. If my brain is active, it’s ok, I accept it, and in accepting it, it usually calms down.

Do you have dreams about taking pictures?

Yes, but in my dreams many layers seem to take place simultaneously so they are hard to describe. In one, I am on a roller coaster and then at a sharp bend in the track I fly off instead of making the turn and then am in a slow moving plane over Fifth Avenue in New York. I am taking pictures of the clouds and of the people in slow motion on the street below me in a Kerteszian manner.

How important is the camera you use – in terms of how big it is, how loud the shutter is, etc. – for street photography? 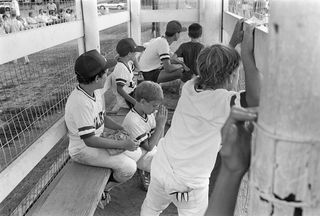 It’s very important if you want to do surreptitious work. I like these new electronic shutters where the sound is suppressed. Everybody is so lost in their cell phones today, they have no inkling you are there. There’s been so much small camera photography in the past and maybe it’s time for more of that now, but I like a bigger negative for how it renders the light, and for that you need to be practical and take out a big camera. You can go about and be sneaky and be hidden but if you want detail and for the light to be gloriously recorded in your results, then you probably need to use a camera that you can’t hide.

I have the Leica M which is good for colour and movies. So far it’s just a fill-in camera for jobs. I haven’t fallen in love with it or been entirely satisfied with what it can do. Most digital photography seems overly sharp and fake. The recording of light just isn’t the same and the harmony between elements in the image is missing. All the elements seem estranged from one another. Nobody else seems to mind but it’s not good enough for me. Nick Nixon told me he was 95% satisfied with digital, which meant he couldn’t continue with it.

Did you ever get a letter from someone saying “You took my picture 10 years ago and I just found it in your book at a bookstore today?”

A mother wrote me once. She saw a picture I took at a summer camp 10 years before of a group of kids covered in shaving cream in the Atlanta newspaper. Her daughter had gone to that particular camp and she thought one of the girls covered and virtually unrecognizable was her daughter. Her daughter had died the year before.

No, I would show up and announce myself to the coaches and explain to anyone who was curious what I was doing and most everybody seemed happy to have a photographer present. I would say that if you are photographing kids it’s best nowadays to find a parent first and ask. So many suspicions.

You said in another interview that photographers today are mostly doing small-scale projects. You, on the other hand, often choose big themes: summertime, Paris, players. How does walking around with a big theme in your head affect how you approach photographing?

I think it’s more exciting to work on something broad and big. It seems more important, too. Walker Evans was walking around in 1936 saying to himself, “Only me, only now.”

The images from The Players span 4-5 years. What does working slowly do for the project? How does it feel selecting images you took thirty years ago? 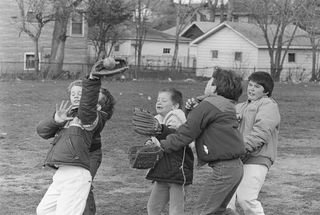 I like the slow pace. Instant gratification as a method of operation typically doesn’t yield work that will stand the test of time. I have a better perspective when editing photographs after a few years have passed. The images can be assessed with much greater detachment; there’s not as much wishful thinking entering the process.

You have another book coming soon from Kominek, what is it about? When will it be released?

The book is called Where I Live, and it is about my new home in Athens, Georgia and the surrounding neighbourhood. It’s a mix of portraits and scenes. There will be some text to go along with the pictures which will put a different spin on some of the photos. We’re hoping it will be ready in the late fall.

The Players is available from Nazraeli Press.