In his series The Far West, Drew Kelly explores the curious dichotomy of China's landscapes and the country's modernising culture. The images depict a country steeped in history and tradition, rapidly redefining itself according to western ideals. This cultural shift is as apparent in the natural scenery as it is in the growing urban sprawl of its cities.

Some of the photographs, taken in the spring before the Olympics, are dry observations of the changes imposed upon the land; one image in particular, depicting a concrete path fixed to the cliffsides of Huang Shan mountain, betrays the astonishment of the photographer at such an imposing alteration to the inherent beauty of the country. Splitting his time between the aforementioned mountain and Beijing, Kelly captures a strange transformation of Chinese culture through the physically invasive presences in the countryside, expansive developments in the city, and stark portraits of its citizens.

Speaking about his series, Kelly writes, 'In the end I can't say that I found the two experiences to be so different. In the mountains I encountered large tour groups led by guides shouting into megaphones, and porters passed me carrying building supplies as they sprinted up narrow, winding paths... These photographs are my attempt to show the contrast of the old and new in China, as I feel much of what I saw will soon be gone.' 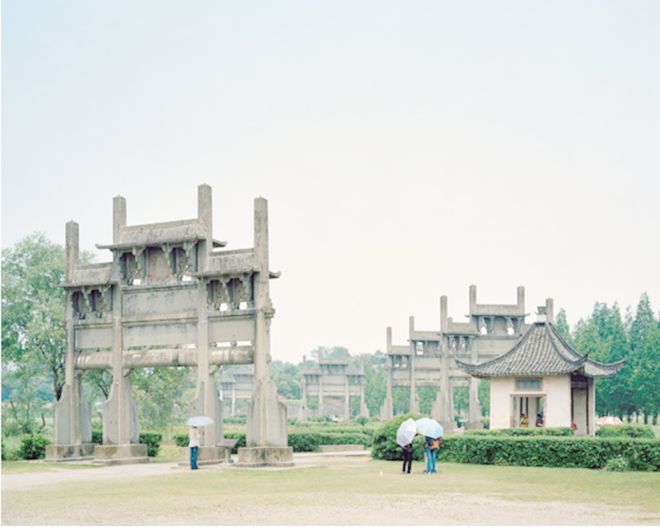 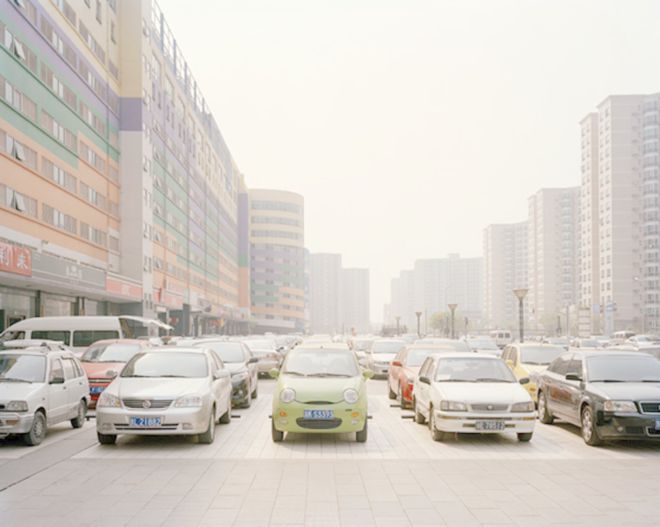 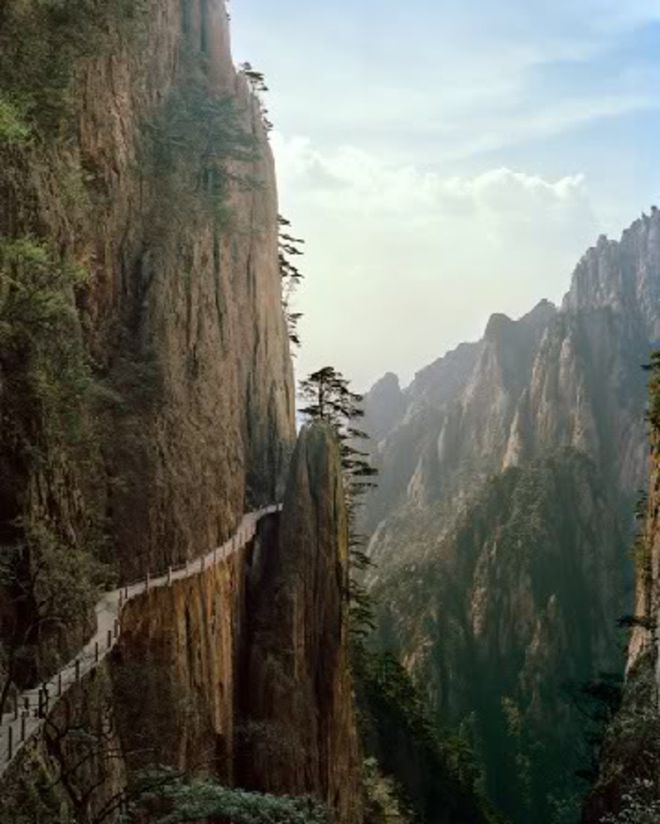