The Creation of a Self-Image: An Interview with Ina Jang

Ina Jang delves into the idea of beauty with her series There Is No There There. The project started after Jang encountered some manipulated images posted online, from girls who were heavily influenced by the ‘Ulzzang’ culture in Korea. Ulzzang is a Korean portmanteau that combines the words ‘Ulgul(face)’‚ and ‘Zzang (best)’ – in short, a good-looking face. With the use of Photoshop and web-cams, the girls post their pictures online and become internet celebrities among their teenage peers. In reaction, Jang collaborated with several girls to create artistic versions of these images: she shot the original photographs in a studio, controlling the conditions of the portrait, and then relinquished all post-processing control to the girls, allowing them to retouch to their satisfaction. In this interview, we speak with Jang about beauty ideals, manipulation, and the construction of a new self-image.

Tell us more about your interest in the Ulzzang culture. How did it develop? 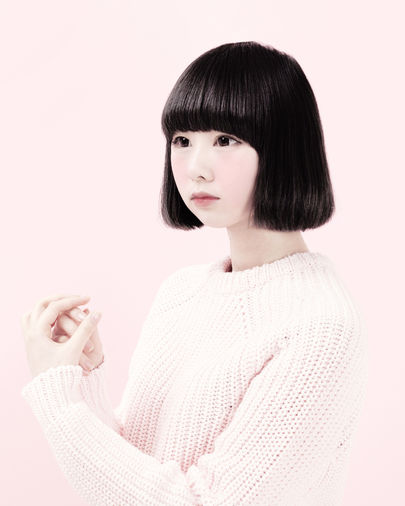 Ulzzang culture started more than a decade ago, when webcams were being introduced to the wider public. I noticed that people started taking pictures of themselves to post on their personal websites – back then it was done mostly on a Korean social network site called 'Cyworld'. Among those people posting, good looking people started gaining more attention. They didn't have the manipulation used today, but by using lights to make the face brighter or by using different angles to slim their face, they enhanced themselves in the most flattering way.

It was an interesting phenomenon at the time, but I had honestly forgotten about it for a long time. Then, about 3 years ago, I noticed that the internet-savvy younger generation were doing more to their profile images. Digital cameras had become commonplace and Photoshop skills were being deployed, Internet communities were larger and more populous than before, and this presented a much larger platform for the girls to showcase their faces. Cyworld became irrelevant as a platform, but there is always something new for people to present themselves.

The photos I saw were very casual - usually the girls were posing for the camera in the nature of snapshot. I don't think those communities are as lively as before due to the fact that most of them are now being replaced by 'Instagram celebrities'. Now there are apps that can manipulate your face automatically or selectively by touching your phone, and these are widely used among young people in Korea.


Both of these cultures – the Ulzzang culture and, now, Instagram celebrities – seem to be based on the idea of creating and curating an idealized ‘image of self’ that you share with the world. How do you see the relationship between these two worlds?

I think online platform like Instagram made it more convenient and accessible to share idealized images with a wider audience for Ulzzangs. As long as you don’t have a private account, you are more likely to be seen by more people, with no further obligation to comment. Other than that, the essential idea of creating an ideal identity is somewhat similar.

The fact is that everyone does this. We may not necessarily manipulate our facial features, but people definitely are conscious of what is being seen by others. We curate our lives on Facebook, Instagram, and elsewhere – you name it. It definitely is more ubiquitous, now that we can share our lives with more people than ever. Even back in the days when we actually made family albums, I never saw anyone who would put the less-attractive photographs of themselves in their albums. 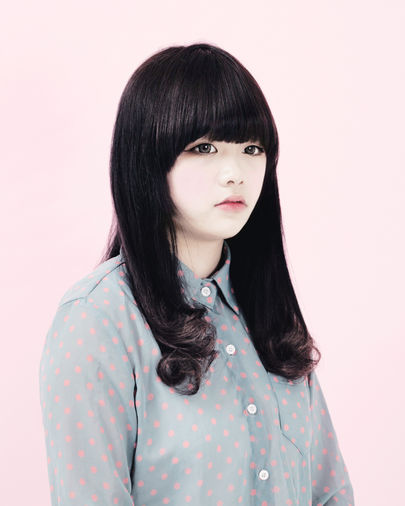 What were the Ulzzang girls like in person, when you met to photograph them?

They were very nice and excited about the fact that they were going to be photographed in a studio. It must have been a new experience to them, because there were lights, camera and a photographer.

You relinquished all control of the post-processing to the girls themselves. How different were the finalized images from the portraits that you made?

Since the impression of the final images are so strong in my mind, I do not recall what the original portrait looked like anymore. I just remembered that the certain facial features were exaggerated, but that was expected, since I saw their manipulated photos while I was casting them. I was particularly impressed at how skillful they were in Photoshop.

Yes, it is quite striking how professional the post-processing is! Were any of them trained in this?

No. Not really. They were just normal high school students, except one girl who studied graphic design. Most of them started learning Photoshop more organically by being interest in retouching their own photos.


Were there some general trends of manipulations that the girls followed? What were the standards of beauty they were trying to meet?

The girls tended to follow the notion of Western beauty that has been instilled into Asian culture. The media has played a huge role in influencing these young girls to manipulate their features in the same way businesses' portray their models. They all added a standard of beauty we have come to know: whitened skin, bigger eyes and a slimmer face.


As an outsider, this seems like it would be a frustrating ideal – that is, it’s essentially a rejection of their actual appearance. What does this beauty ideal look like from the inside? Do they view any significant meaning from the way they make themselves more ‘beautiful’? 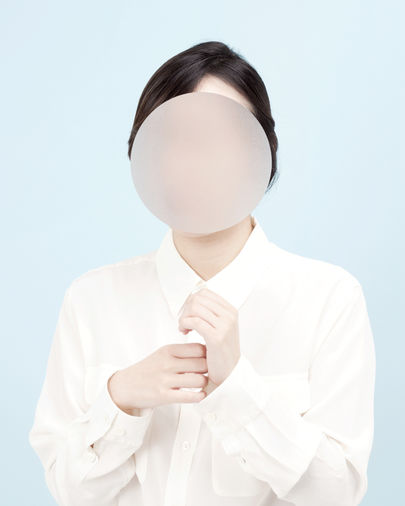 I’d like to think that it is also a ‘growing up’ thing. Teenagers are generally not very content with how they look and always aspire to be someone else - or at least have an ideal beauty in their minds. And the media usually plays a huge role at this age. You learn about the idea of beauty through the perspective from media: magazine covers, k-pop idols on TV, etc. I don’t think the Ulzzang girls specifically think of the meaning of beauty ideal that they pursue - which I think is totally fine. As you grow up, as you start build your identity, you get over this.

In terms of how Western beauty appeal to most of Asian cultures, instead of taking a critical point of view, I’d like to think that people are generally attracted to something different, something not attainable. It’s perhaps not that bleak, as it may appear. When I moved to US, I noticed that most Asian actors had pretty similar facial features, and even they would not necessarily be considered the most beautiful from my culture. I just understood it to be that we may find each other more attractive when we have distinctive features.

I am not saying that we should accept as it is, and try not to fight for accepting who we are as we are. However, it doesn’t always have to be offensive and negative. We can be more open to the idea of accepting differences within cultures. I don’t see a problem of having different standards, unless we start discriminating people from getting jobs because of the superficial appearance, for example.


What were the girls’ impressions of their final pictures? Were they satisfied or not?

They voiced no dissatisfaction about the images or the process. I attribute this to the full control they had received, ensuring they presented and represented themselves in the final image.


How did working on this series as a collaboration affect your ideas about the creation of an ‘image’ of self? 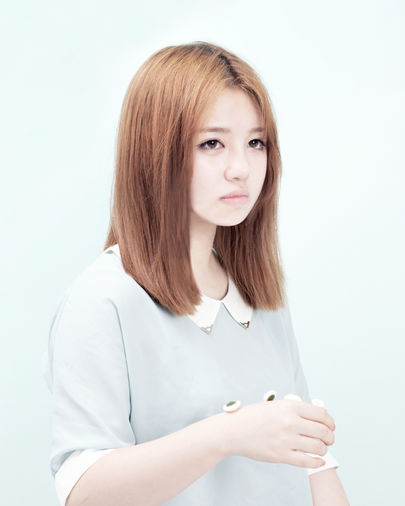 Usually when I make images, I like to be fully in control. So it was a challenge for me to let the collaboration happen in a way that I couldn't be in a full control. However, I still tried to find a way to put my voice in them. By using gentle colors and lighting, and also directing them in a quiet way. I wanted to give them an integrity that expresses a positive and playful phase they are going through as teenagers, while investigating the idea of beauty. As an image-maker, I am aware that once an image is made to be seen by others, I no longer hold full control over its agenda. So, in a way, the whole process is a reflection of the idea of making images and how viewers interpret them in their own way.


The issue of ‘control’ seems quite central to the work – trying to maintain control, and letting go of it. Why do you think control over image is so important to us? 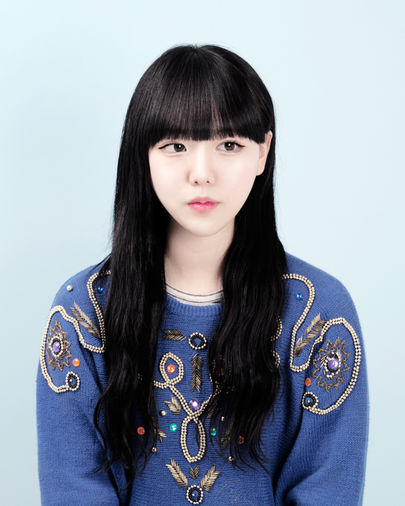 I am not an expert in social studies, so I wouldn’t know why. To my humble understanding, we naturally pay attention to how we are perceived by others in the community. And there are so many outlets nowadays to build your ‘images’. No one had to make a decision what kind of car to drive in the 18th century... and, in the not-so-distant past, no one had to think about what to post on social networks. I think it’s only getting more and more important to ‘curate’ your life, and ‘control’ your image as we have more choices in life. It’s liberating to think that now we can kind of visualize who we are by making certain choices in life, however the idea of creating a self-image still remains at its superficial level and it’s keenly connected with the attribution of wealth, as well. It is definitely an interesting theme to explore further.