The Colour of Rio Bay: An Interview with Elsa Leydier 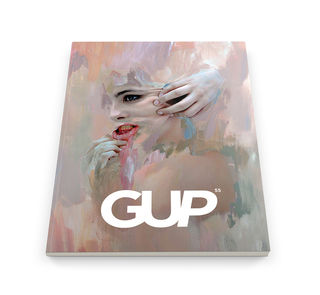 Brazil is often portrayed as an exotic and beautiful holiday destination. However, after relocating to Rio de Janeiro, French photographer Elsa Leydier (b. 1988) came to realise this image is a little misleading. Upending the deception of postcard clichés, she playfully manipulates photographs to start a conversation about a grim reality, unknown to outsiders: Rio is a city surrounded by a toxic, polluted sea.

In her series La Couleur de la baie de Rio (The Colour of Rio Bay), she takes tourist shots of the bay and then drenches them in indigo, alerting us that the surface is not to be believed. In this interview, Leydier tells us more about Rio’s pollution and her method of drawing attention to the materiality of images.

Your project has two layers, the touristic image of the bay and the indigo colour. Why use indigo?

Indigo was a substance native to Brazil. Before colonial times, indigenous people would use indigo to dye their fabric, and then, during colonialization, indigo was cultivated and widely traded in the ports of Rio. Paradoxically, now, I couldn’t find native indigo anywhere in the city and had to buy it online.

Today the bay contains, alongside other waste, high levels of mercury which is super poisonous. However, through my research of the bay I learned something interesting: an ancient antidote for mercury was indigo.

Is this why you focus on ‘the colour of the bay’?

I guess there are two reasons for this: one, because of this ingrained idea that we have of the beautiful colour of the sea and, second, because when people see the series, they’d see the classical landscape of Rio, like the Corcovado Mountain where the monument of Christ stands and Sugar Loaf mountain, and may wonder if they’d seen the images before. So, the title acts as a starting point or a pretext for the viewer to wonder about and for me to introduce in this landscape the story that I want to tell.

Since you’re not native to Brazil, what made you feel connected enough to it to make a series expressing its problems?

It’s important for me to portray places that I’m not native to. My work is very much about places I first knew through images and then came to know through actually experiencing the territory. I’ve been based in Rio de Janeiro for two years now and living here is what allowed me to experience the gap between the postcard, which was my first perception of the place, and actual reality. Brazil is a great example of a place full of paradox. 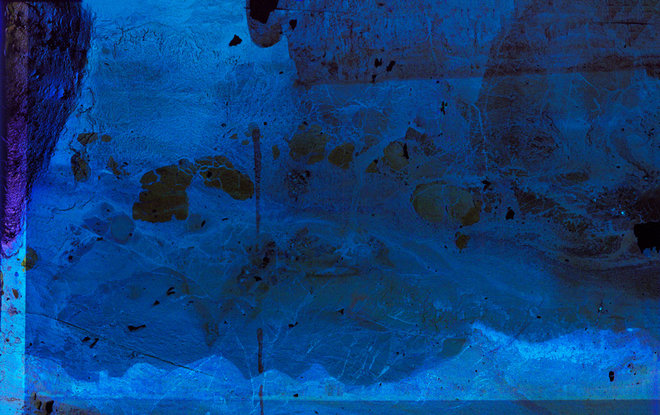 Do you hope to bridge this gap between representation and reality?


I’m not sure if I’m bridging the gap, but it feels good to show that images are only images; they’re only surfaces that you can play with. They are material and they’re not reality. They are not the place, or the essence of the territory.

Talk us through the process of creating the images.


I was particular about starting with a touristic image so I took the photographs on tourist tours of the bay. Of course, generally tourists don’t use analogue cameras anymore but I used a camera that could’ve been used to make images of the bay maybe 40-50 years ago. I took the negatives and dipped them into a tint that was a mix of water and indigo. 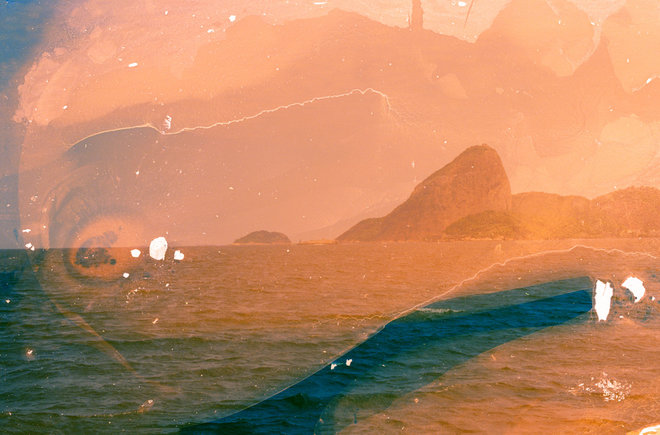 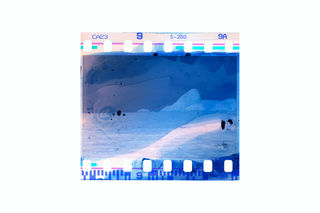 Not all the pictures are indigo blue, though. Could you tell us about that?

I’m showing both positive and negative versions, so in some images the colours are inverted. By showing both sides, I could display the materiality of the image, so that the viewers would be able to see for themselves that it’s just a material I’ve played with.

Do you think there is the risk that the beautiful quality of the images could side-line the social implications of the work?

Oh, it’s interesting that you think they’re beautiful, because I don’t see the images as necessarily beautiful. There is something wrong with them, something different. It’s so far away from the blue sea and Caribbean colours, it could even be a bit disturbing. But if the viewer sees something beautiful, why not?

The Colour of Rio Bay was featured in GUP#55, the Wonder issue.