The Bound: An Interview with Elizabeth Heyert 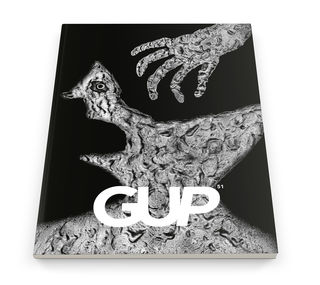 New York-based photographer Elizabeth Heyert (1951) has developed portrait projects dealing with death, self-perception and sleep. Her latest work, The Bound, looks at practitioners of the fetish crafts of rope bondage and mummification. Rather than focusing on the sexual fixation, however, Heyert finds herself fascinated with the deep trust required between the one who binds and the one who is bound, in order to even participate in such a journey – one which is simultaneously shared and isolated.

Were you already involved in the practices of rope bondage and mummification before working on your series?

No, it was just not part of my world. Someone who was involved in rope bondage started to show me pictures, and they were horrifying to me because they were in all sorts of basements and cellars with people having painful things done to them, but the actual practice and the artistry of it really blew me away. It was such sculptural beauty and it also required so much emotional bravery to do it. I got very interested in the idea, first of all just visually and second with the whole idea of making portraits when somebody is completely withdrawn – they’re sort of hidden inside themselves. 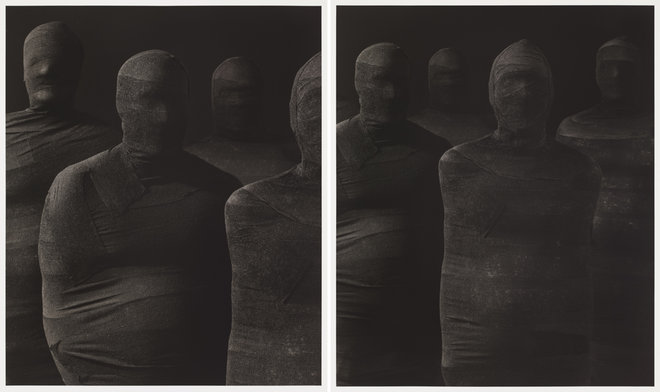 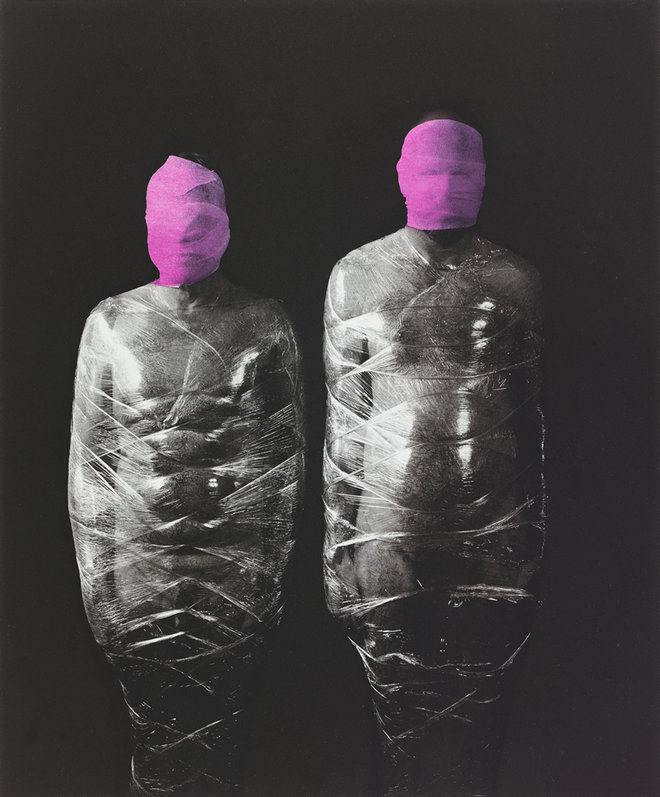 Tell us more about the artistry of the practices.

It requires an enormous amount of trust, but it’s also very physically taxing because people can’t move at all. So, the people who do it have to know how to wrap the bodies in such a way that they don’t cause death. They seem to know how to do it so that they can bring people to this emotional place where they are completely isolated but still able to connect with the world enough that something terrible doesn’t happen. It really is an artform.

They usually use a material called vet wrap – it’s what they wrap horses' legs in. It’s kind of gauzy and it’s sticky on one side, and it comes in all these beautiful colours. It was so interesting to me how each time somebody wrapped another, not only was it a personal and emotional journey for both participants but it also required so much artistry, and that was the big thing that in the end drew me in: that you needed somebody to trust you so much to be able to do your artform.

The skill of it is to make the bondage or ropes tight enough so that people have an experience but safe enough that they’re okay. 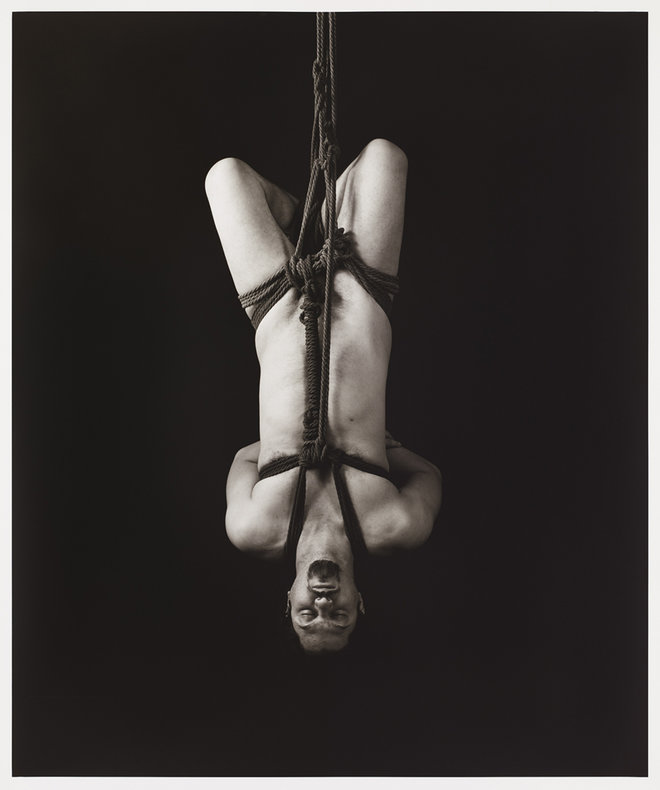 Somebody wants the experience of completely giving up responsibility – in every way. 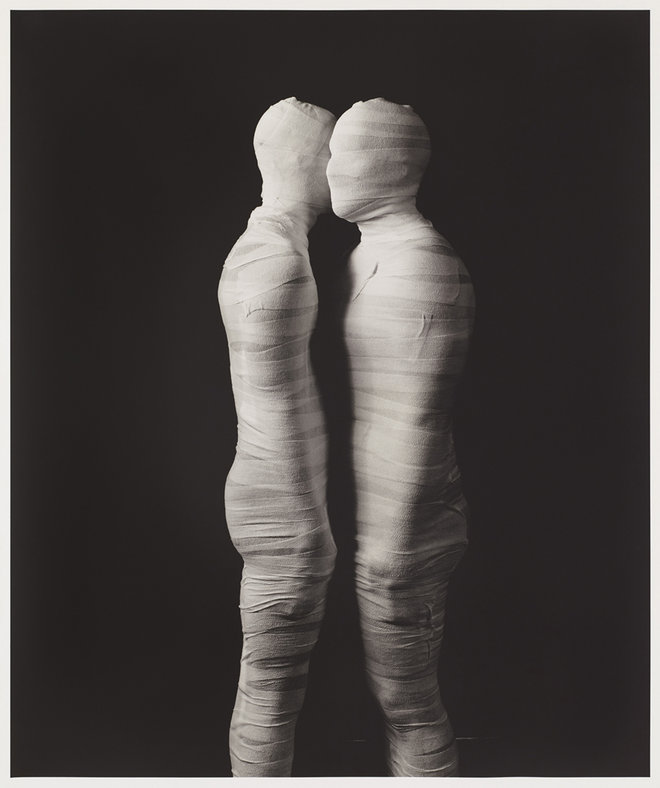 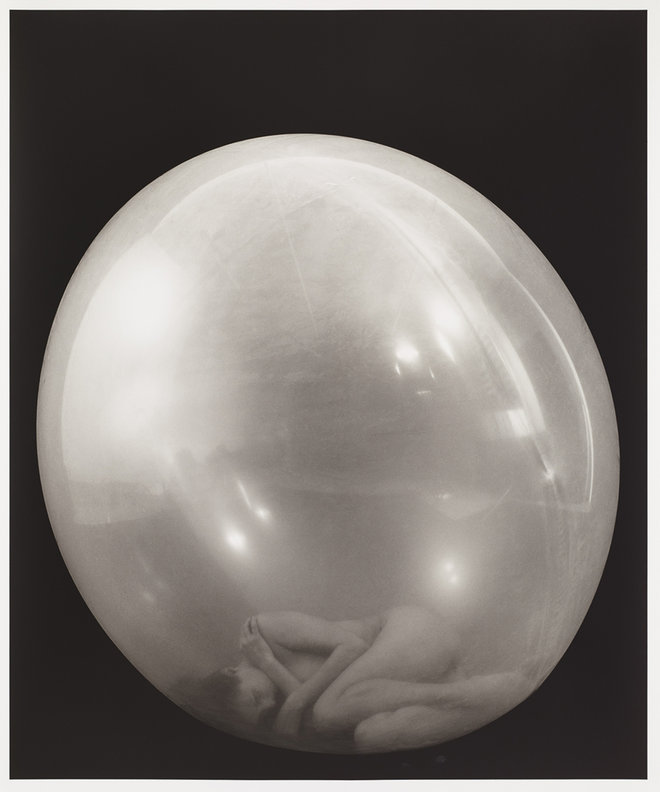 What is that experience?

The thing I want to emphasise is that I never photographed the sexual experience. People came to me knowing it was not going to be what they call ‘a session’. It just wasn’t my interest. My interest was in the emotional relationship, and it’s intense. A lot of it is not sexual. It’s a love and trust bond. Somebody wants the experience of completely giving up responsibility – in every way. I compare it to the womb: you can’t speak, you can’t walk, you can’t move, and the person who’s taking care of you has your life in his or her hands. You give it up, and you can go to this place they call ‘subspace’, which is somewhere in your head apart from your body. I think the whole feeling of powerlessness and being on the edge of danger lets you go to that place. But the only way you can allow that to happen is to have massive trust of another person. 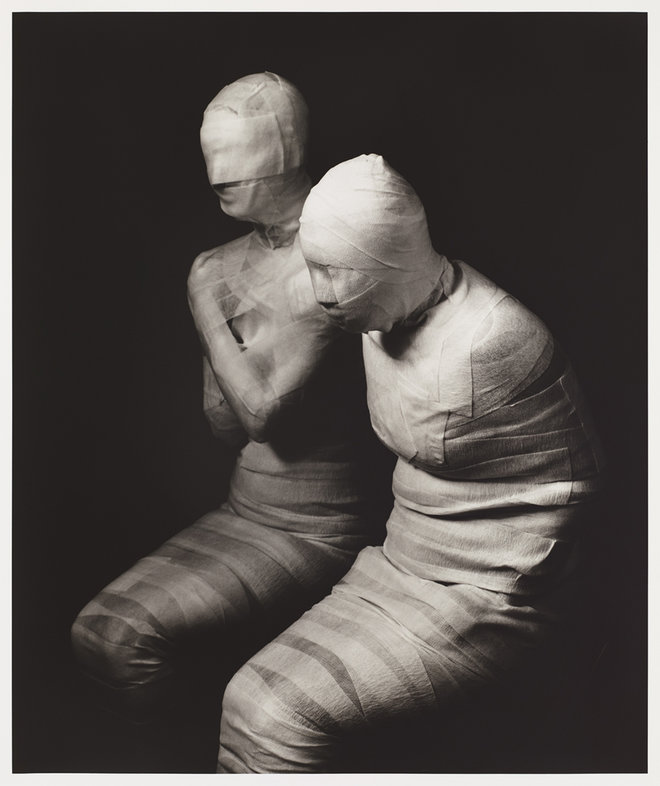 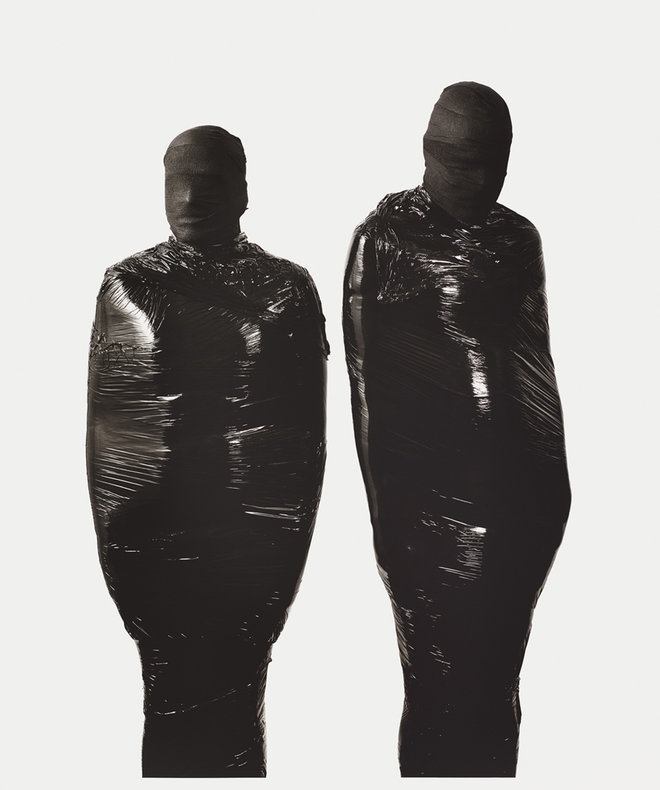 In a practice like this, what do you think ultimately distinguishes the sexual act from the ritual?

Oh, God knows! Seriously, I’m a photographer. This was an amazing thing that I witnessed – but I wasn’t part of it. I think that’s one of the joys, for me, of being a photographer, is that you are on the outside. You always have this camera between you and what’s happening. More than with most of my projects, I was not part of this. It was very intense, but I don’t pretend to be able to explain ritual and sex! This was a visual project, and I’m interested in both what it looks like and also the emotion behind it, the relationships, the complexity of what it means to use your body as a site for transformation. And it’s really complicated. 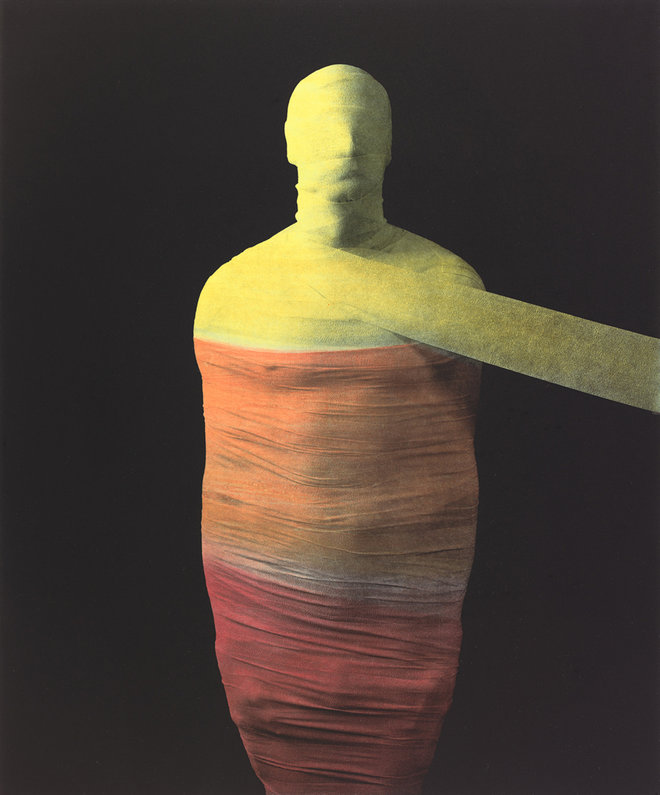 Elizabeth Heyert was featured in GUP#51, the Rituals issue.