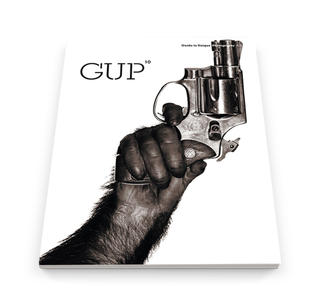 I think that one can hardly overestimate the impact of a powerful photo book, even in a time when a large part of the world has access to mass media such as television and internet. A good book has a face – it’s a cherished object, an artefact that gives enjoyment without needing to be plugged in or have its batteries changed. It is entirely conceivable that right now a young Chinese collector is searching for Dutch photo books from the 1950s or 1960s by Van der Elsken, Van der Keuken, Sannes or Oorthuys.

A good idea has many fathers, and the invention of photography is no exception. The  Frenchman Niepce made the first photographic image of reality in 1827. His business partner, Louis Mande Daguerre, created a much sharper image ten years later. That process was bought by the French government, which made a gift of it to the world. This happened on 7 January 1939, and the amazing news spread like wildfire. The news reached England as well, and was received with frustration by the landowner and inventor, William Henry Fox Talbot. He was working on the negative-positive process, which would lay the foundations for analogue photography, and he was in the process of trying to obtain a patent for it. In 2004 and 2006, The Photobook, a History: Volumes I and II were published, a retrospective compiled by Gerry Badger and Martin Parr. Their selection is one made by two devotees, and devotees often seem to be right. All important publications from the canon of photo book history are covered in this large tome of more than 600 pages. For instance, the first photo book was a publication literally containing real photos: The Pencil of Nature by inventor Fox Talbot, which appeared in six instalments between 1841 and 1844. It is a sort of catalogue describing the possibilities he saw for photography. The selection consists of 24 images of architecture, nature, art reproductions, a group portrait and still lifes.

Social involvement
The earliest publications in the Netherlands also contained primarily photos related to culture and science. Pieter Jan Kaiser, a physicist from Leiden,included a detailed photo of the moon, which he took on 5 June 1862, in his dissertation The application of Photography in Astronomy. 1873  saw the publication of Isidore van Kinsbergen’s  The Antiquities of Java, an album of 333 spectacular photos of ancient art objects on this Indonesian island.

Many years ago, two classic photo books from the United States advocated social involvement. How the Other Half Lives by Jacob Riis, published in New York in 1890, represents the genesis of humanist, social documentary photography, in which social wrongs are exposed. This particular instance denounced the horrendous living conditions of new American immigrants, who were crammed into confined barracks.  The images and text of Let Us Now Praise Famous Men, the extensive commentary on rural poverty during the Depression, was so confronting that several publishers refused to accept it. Work on this indictment of the excrescence of capitalism, a collaboration between the legendary photographer Walker Evans and the Pulitzer Prize winner James Agee, began in 1936. The book, containing Evans’ modern, direct photography and Agee’s personal, polemical writings, only appeared in 1941, however, at a time when the overheated war economy had begun to alleviate the consequences of the Depression.

The directness of Evans’ photography – almost a message in itself – can also be found in two beautiful German photo books from the interbellum period. Die Welt is Schön (The World is Beautiful) from 1928 is one of the pearls of ‘New Photography’, the modernist movement that called upon photographers to ‘get rid of lens pollution’, i.e. let photography be photography and stop

Lens pollution
imitating painting. In 100 photos, Albert Renger-Patsch shows that he is a master of the close-up. His work method was extensively imitated, but it was also criticized. Not everyone appreciated the 20. Jahrhunderts (People of the Twentieth Century). For years August Sander worked on a heroic attempt to make a photographic inventory of all humanity, divided into professions, age groups (including the dead) and physical shortcomings (dwarfs and the blind). Hitler thought it was useless, far too objective, far too humanist, and subsequently banned Sander’s work. It is a minor miracle that his negatives and prints survived the Nazi period.

Immortalized work
The photo book has a future. Sales have stabilized after having plummeted dramatically since the introduction of television. In this country, print runs are often 2,000 in number. Hip, young photographers also like to see their work ‘immortalized’ in print and publish their projects themselves in print runs anywhere from a few dozen to a few hundred. The pleasure of holding a beautiful ‘object’ in your hands has become a special experience in our world of virtual alienation. Personal appreciation for such ‘things’ grows with time, while the historical and commercial value grow with it automatically.