Australian photographer Louis Porter (b. 1977) documents evidence of urban unrest in his project The Small Conflict Archive. By focusing on quotidian conflicts – with chapters in the series such as Bad Driving, Crap Paint Jobs and Discarded Art – Porter uses his photography practice to point towards a sociologically study of man and his environment with deadpan comedic effect. He speaks here in an interview with Katherine Oktober Matthews on failed attempts at improvement, the transition of an object from usefulness to uselessness and the way that city streets show evidence of those who live there.

Your work certainly brings a new meaning to the idea of a 'conflict photographer'. What is it that draws you towards these daily-life disruptions?

I've always been interested in the small details of urban space, in particular the idea that there are patterns and latent meanings out there, waiting to be observed and deciphered. I think conflict lies at the heart of so many of our daily actions and arguably might make up the fabric of what we consider to be normality.

Might some of these conflicts also show attempts at conflict resolution? For example, your series Crap Paint Jobs could also be seen as an effort to solve a problem.

Possibly.... or they could be seen as an escalation of an existing conflict, albeit a well-meaning attempt at a solution.

It's a bit like when an elderly Spanish church-goer took it upon herself to fix a deteriorating fresco of Jesus and ended up making him look like a disfigured chimpanzee. History is full of examples of helpful people making things worse. In Crap Paint Jobs, it's impossible to know if the painter was a lazy tradesperson or whether they simply over-estimated their abilities with a brush. From a social viewpoint, intent is an important thing, it changes the perspective we have of a situation and even has legal substance. But, in the Small Conflict Archive, I'm more interested in the way an event echoes physically through the city once its 'authorship' has faded from view. For me, the question is, does the trace of an action contain any inherent meaning or substance? 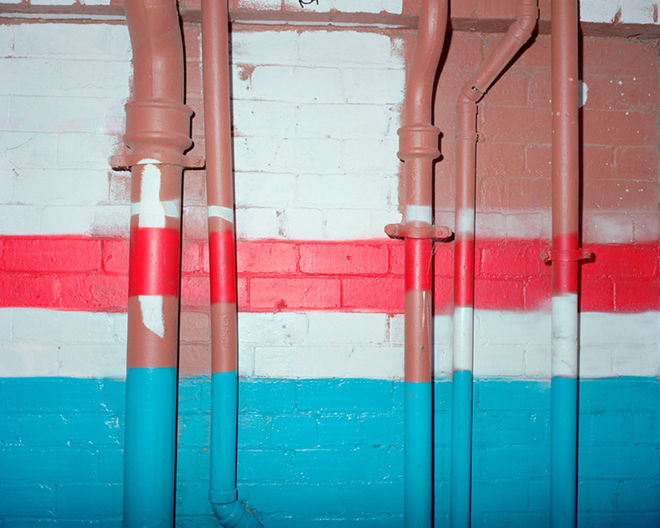 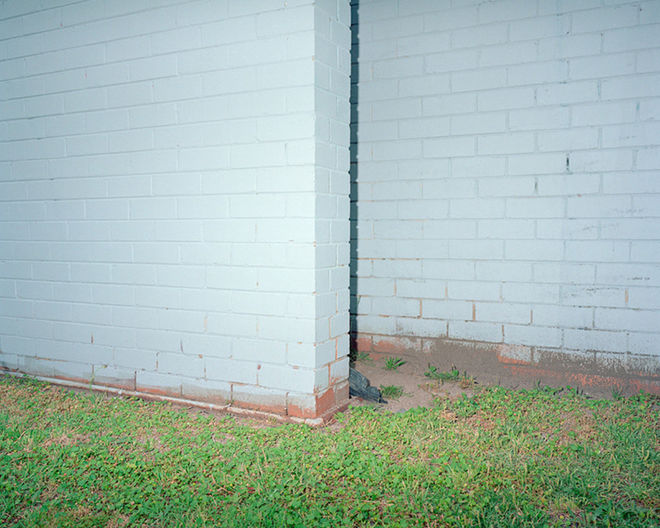 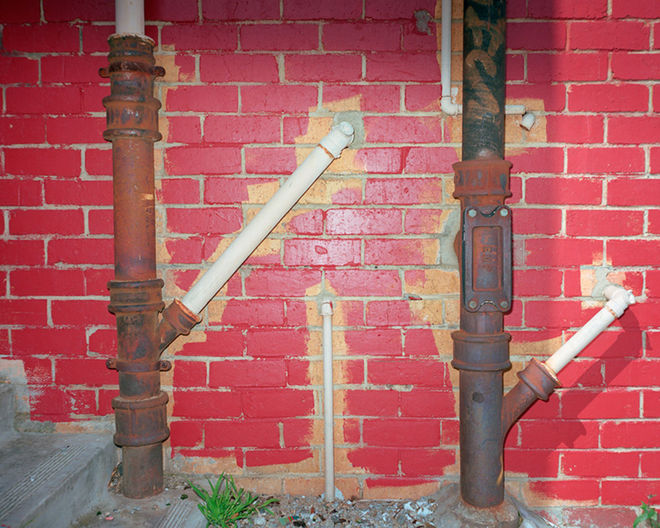 Do you seek out the conflict, or is it more a case of recording conflict as you come across it, with the idea of cataloguing it later?

I'm not the type of person to go around 24/7 with a camera around my neck, I have a camera phone, but it's so awful, I tend to only use it in emergencies.

Generally when I'm photographing, I put the time aside to do it and focus solely on that.

How long have you been working on the Archive? Do you see it as an on-going work?

The Archive developed slowly from about 2004 onward. I wouldn't say it's a finished project; I'm certainly focusing on the subject of conflict with other projects at the moment and I may put them into the Small Conflict Archive when they are done.

How has the project evolved over time - have new issues emerged, have some conflicts been resolved?

Over time, different subjects have been added to the collection and the focus has become increasingly abstract. Signs of a Struggle, for instance, is one of the more recent projects and evolved from spending a lot of time looking at the city in a particular way. As I see the Small Conflict Archive as a genuine archive and not a narrative, I've added to various sets over time, so the change that has developed has manifested across the whole project. 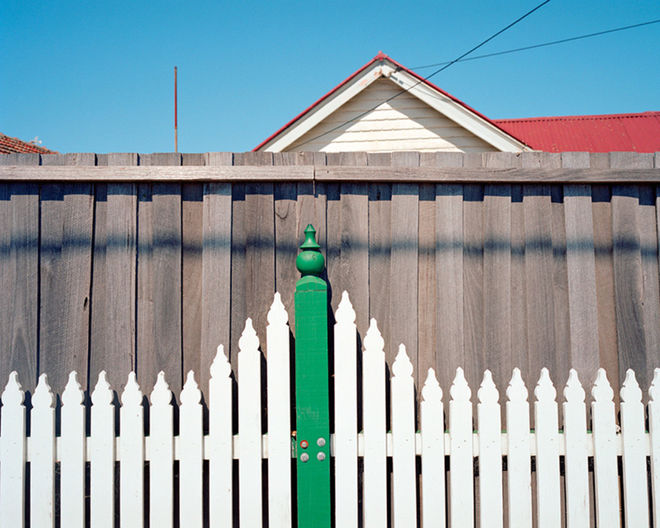 From: Signs of a Struggle

You typically photograph the result of these mundane conflicts, rather than the people involved – in fact, there are no people involved in your series, aside from the chapter Men Up Ladders. How do you think these artefacts of conflict tell the story differently than being a witness to the conflict itself?

Bringing people into an archive has a number of serious connotations attached to it. Allan Sekula would have said that the result hovers somewhere between two honorific and repressive poles. Given the subjects I've covered with the archive, the very serious concern I had from the outset, was that viewers would begin to draw conclusions from the work, based around the demographic of the subjects depicted. I wanted to talk about more universal ideas of urban space and so I decided to all but exclude people. The result is that I think what is presented are general patterns of human behaviour rather than individual cases.

And what is it that you think the Small Conflict Archive reveals about people, generally speaking?

The Small Conflict Archive doesn't actually aim to directly reveal anything about people, but instead puts forward the argument that the city itself is a legible surface, that readily absorbs and reflects the essence of our actions, like a kind of existential concrete sponge. The archive is basically an exercise in trying to translate these markings.

So, it's not about the people themselves, but the consequences of their presence. Have you come to any conclusions yourself about the ultimate translations of these markings?

I'd love to say I have figured out how to translate the surface of the city, and it's certainly on my things-to-do list. I've been working on the project about a decade now, and what I'm confident in saying is that the incidental markings scattered across urban space ARE legible, but that I have no idea what they actually mean. Ask me again in another ten years.

I've always been fascinated in the way we imbue the material world with psychological value, particularly in the fact that despite a relatively small change in its physical composition, an object can go from being a desirable item to a piece of junk. Ultimately that transition is entirely psychological and personal, it doesn't in real terms exist. For example, the global economy is built around matured organic waste in the form of fossil fuels. If in 2000 years an archaeologist dug up a discarded iPhone case they would see it as having social-historical value in the same way bits of broken Roman pottery do now. In a sense, all I'm doing is projecting this future archaeology onto the present.

Well, you do indeed direct our gaze towards certain objects to assert some sociological value - objects that might otherwise be ignored, lost, or laughed off as garbage. But there seems to be a sense of humour with the subjects that you've chosen, so it's a bit lighter than unearthing a bit of Roman pottery, right?

Certainly there is humour there and I think humour is a good way to deal with things that normally have a negative value. But there is humour everywhere, even in an excavation of a Roman house, there will be the odd cheeky pottery phallus. 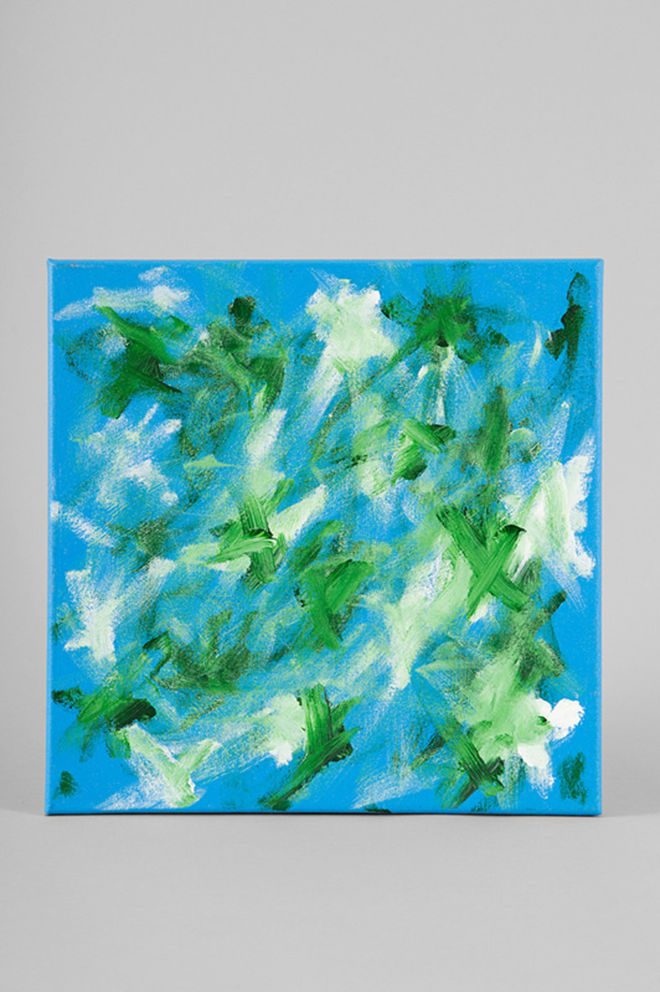 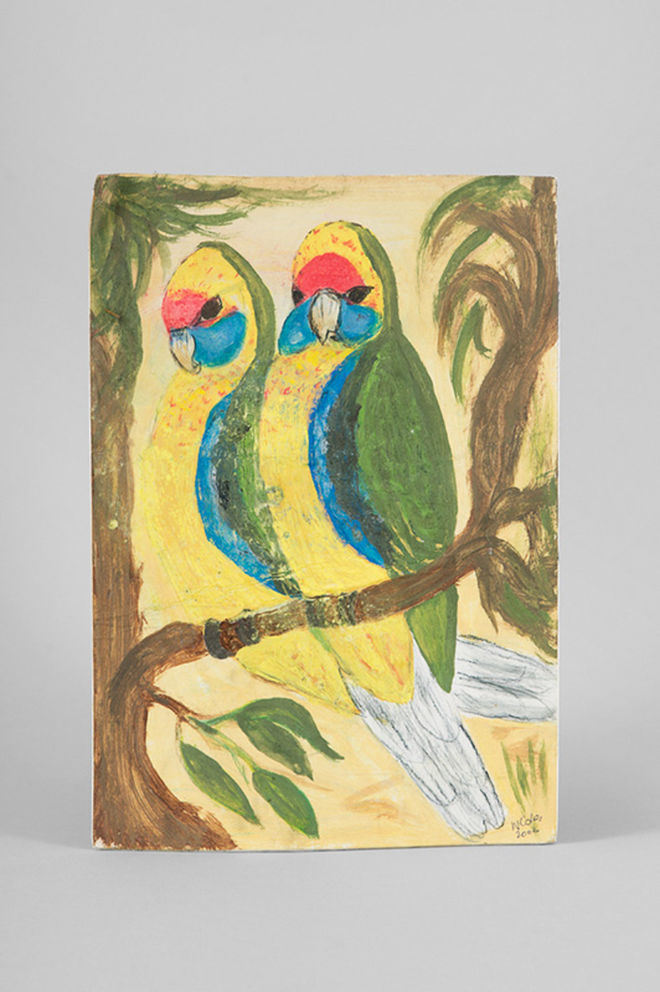 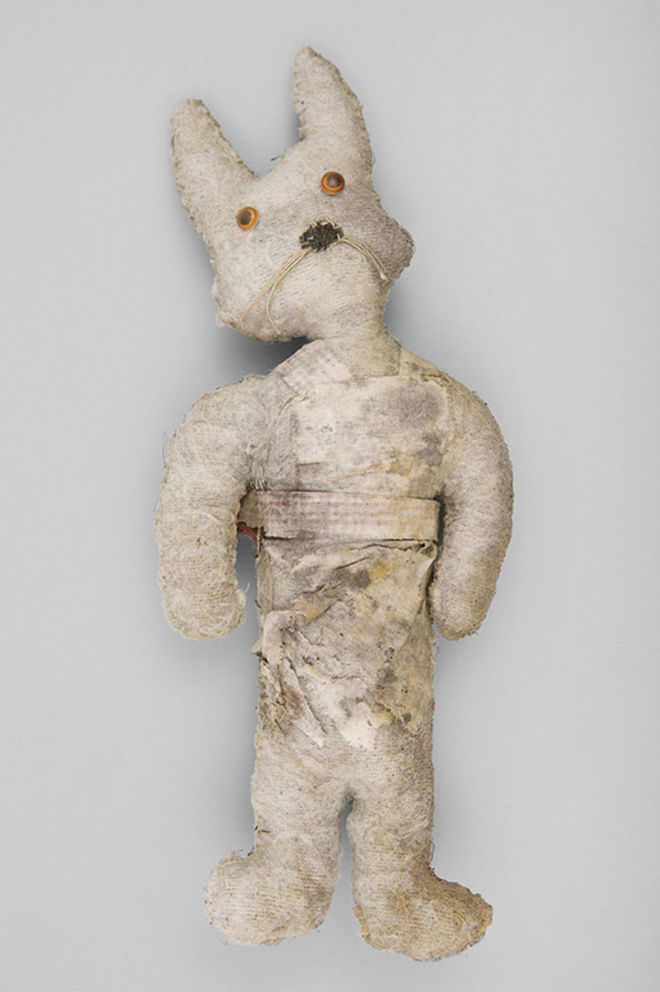 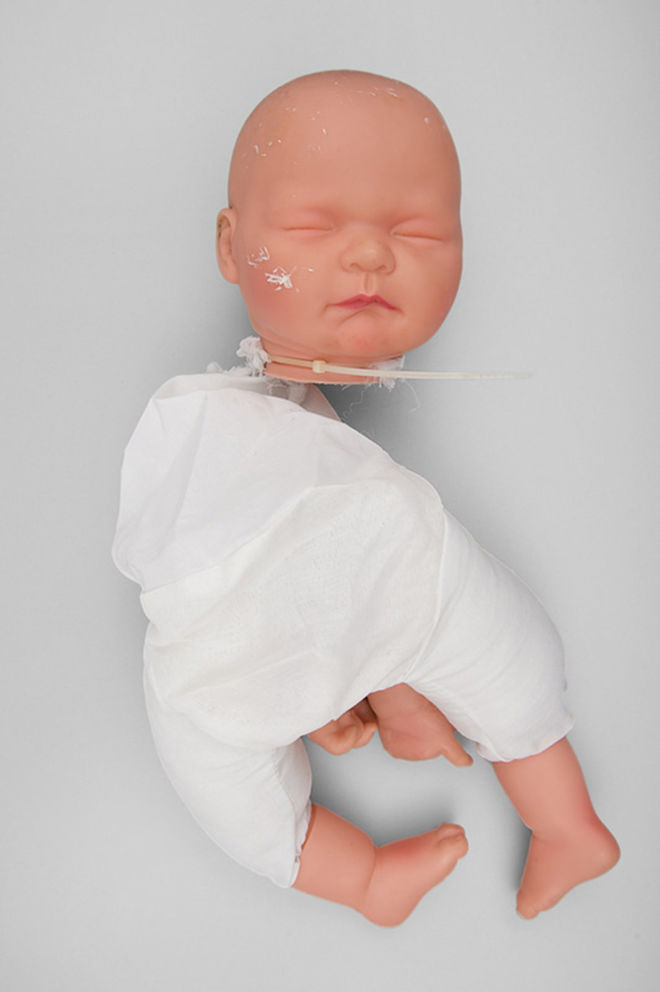 See more from Louis Porter's Small Conflict Archive in our online portfolio of his series Signs of a Struggle.