In their series Trivial Freedom, up-and-coming London-based photography duo Berkin & Mika (Bakhtiyar Berkin and Mika Barny) highlight the role of modern consumerism and pop-culture with exaggerated, colourful sets. At the heart of their practice lies the concept of taking things made solely for consumption and converting them into something more valuable. This sustainable approach is also reflected in their way of working: the self-built sets are captured by a large format analogue camera, which is a time-consuming process. GUP talked with them about their reasons for looking at modern consumerism in their work, their process and dramatic aesthetic.

What does the title of your work, Trivial Freedom, mean?


Trivial Freedom is about the artificial freedom of choice that people have, regarding consumerism, based on the advertising and propaganda techniques used by Western companies. Trivial Freedom describes the variety of choice that we have nowadays, but at the same time, this choice is influenced by a third party, the commercial world. Although people think they’re free to choose, they are unconsciously influenced. 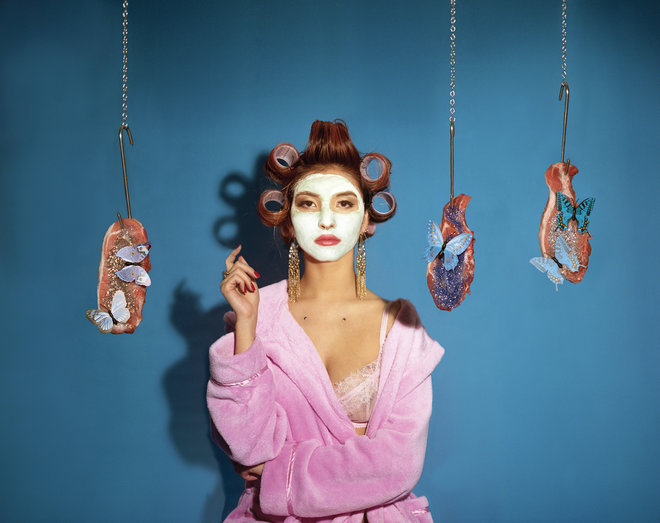 How did your interest in consumer behaviour start?

It all started one year ago, when we began to read about Freud and Edward Bernays. Freud researched people’s behaviour related to the external world, by which people are influenced unconsciously. He studied social realities and norms which decide how people behave. Later, Edward Bernays used these techniques about the unconscious mind in the commercial world. By doing this, he was the founder of commercial propaganda.

Bernays taught the big commercial companies to manipulate people’s demands. He researched how society was capable of making people desire things they actually didn’t need. Freud’s theories in combination with Bernays’ formed the base of the way in which Western businesses try to sell a perfect lifestyle, linking happiness to certain products. People will buy things in order to become happy. We found this topic very interesting because it’s still contemporary and we can relate to it ourselves. That’s why we decided to dedicate a series of work to this topic.

What’s your opinion about modern consumerism?


Everyone, including us, is a slave of consumerism. However, we are a slave by our own will. We want to fulfil ourselves by buying things, and using consumer items as a marker of our identity. Although nowadays, most people in modern society are aware of the consequences of their actions and the bad sides of consumption, it’s hard to deny consumer culture. With our work, we’re not completely criticizing consumerism. Rather, we try to understand consumerism and the reason for its rootedness in nature. 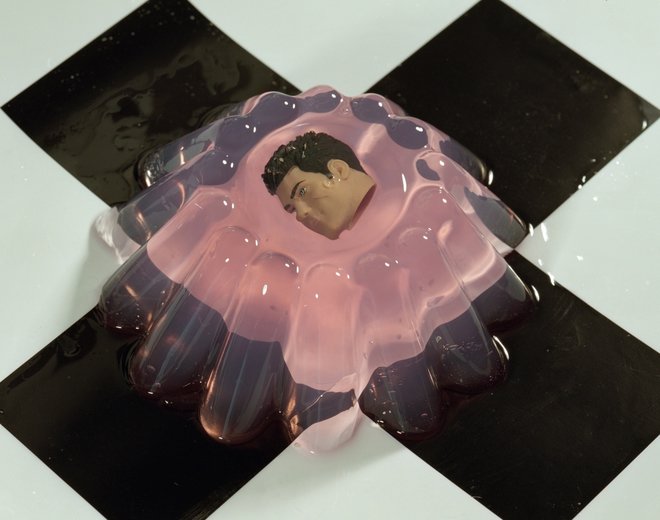 Can you describe your process?


Our process is very organic, like a conversation between the two of us, sharing our experiences and drawing inspiration from them. For example, by making the image called Corn Flakes, we talked about our childhood. When we were young, we were bombarded with advertisements of cereals, which are really targeted on children. Another image we made, Basket of Corn, is inspired by the way in which organic food is advertised. These advertisements often look very wholesome, using a lot of natural elements, such as a valley with grass and flowers. We wanted to add a very artificial, plastic, layer to that serene, wholesome atmosphere, to satirize this way of advertising.

We see it as a challenge to get from zero, from discarded objects, to the final, polished and appealing results, without any intervention.

And how do you continue? How do you actually build your sets?

Once we have thought through our ideas, we start searching for the objects we need to build our installations. Most of the time, these are unwanted, cheap objects we find, get or buy online at cheap websites. Then we transform these unwanted objects into something more valuable. When a set is built, we use photography as a tool to document it. Our photography is quite technical because we only use a large format analogue film camera. We also process, scan and print everything ourselves. It’s a slow, time-consuming process: it can even take four or five weeks to develop an image. But we see it as a challenge to get from zero, from discarded objects, to the final, polished and appealing results, without any intervention. 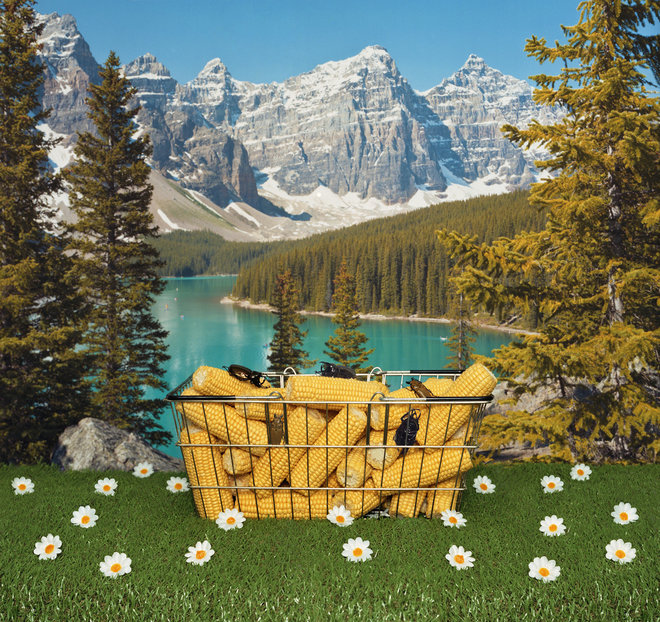 Do you always come up with an idea and then search for objects, or do you sometimes get inspired by an object and the idea for the image comes afterwards?


Most of the time, we first have an idea and then search for objects, but it happens vice versa. For example, our image called Cash Register was inspired by the object. We found the cash register and then started to build ideas around the object.

You just said your images are very polished and appealing. How would you define your style?


We find it very difficult to put a label on our images, but we definitely think our images are not just bright and beautiful, there’s a meaning behind it. Every image has a story on its own, so it’s difficult to put the work in one specific category. Some people compare our work to pop art, others think it refers to post-modernism.

I just wanted to ask if you’re influenced by pop art and Surrealism.


Yes, we’re definitely inspired by both. The idea behind our work is really connected to pop art. Pop art has played a big role in influencing modern art in general and made art accessible. We also really like the way in which pop art reflects consumerism. However, pop art is not the only thing we’re inspired by. The aesthetic of our images has a lot in common with Surrealism. 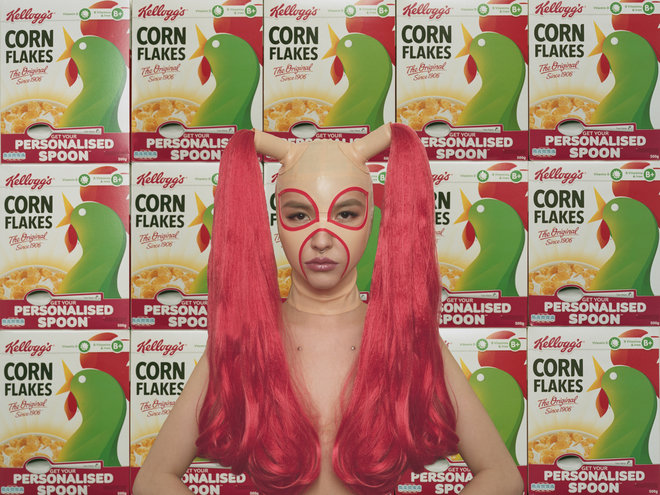 Our work is a kind of satirizing critique on consumerism. That's why we chose to visualize the topic with a little twist, with some humour.

By choosing such an excessive, humorous approach to visualize a pretty serious topic, how do you want people to react to your images?


We want to make people think about consumerism, but we don’t want to be depressing. Our work is a kind of satirizing critique on consumerism. That’s why we chose to visualize the topic with a little twist, with some humour.

Is consumerism a topic that you want to continue to examine in your work, or will you take a new subject next?


Trivial Freedom is the only series which is dedicated to consumerism. It happened to be that we were drawn into this topic and made this series. In November, our work will be shown in a group exhibition and we’re planning to show four more images, so at the moment we’re working towards that. But when the series is finished, we’ll go on to something new. We want to explore other current issues in modern society, like vanity or voyeurism regarding social media.