American photographer Scot Sothern spends a lot of time on the street. Following up on his photographic series on the prostitutes of Los Angeles, Lowlife and A New Low, and his memoir Curb Service, he now introduces his work Sad City. A combination of photography and written vignettes, soon to be published as a book by Straylight, Sad City introduces us to the people typically ignored or avoided on the streets: the unstable, the desperate, the strung-out. 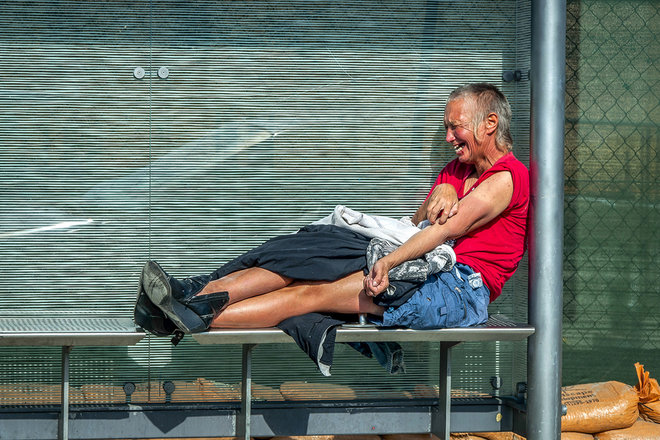 It’s 1978 and I’m renting a clapboard dump high on a Silver Lake hill looking out toward Hollywood. The guy next door, on the other side of the wall, tells me he used to be a Black Panther and he did time for murder and he steals cars for a living. I ask him if he can get me a car in the two-hundred dollar price range and he tells me he’ll keep an eye out. He lives with his sister who is a whore and totally blind. I ask her if she’s ever accidentally climbed into a cop’s car but she doesn’t have much of a sense of humor. Late one quiet Friday night, I’m reading and have the door open when the sister next door starts screaming.It’s not my business but it continues for a while so I go next door and knock. The Black Panther opens the door and apologizes for the noise. His sister is on the floor in the middle of the room pulling her hair and beating on her head and screaming. I ask him if she’s alright and he says she will be in a little while. I go back to my place and open a beer and a little while later she stops screaming. 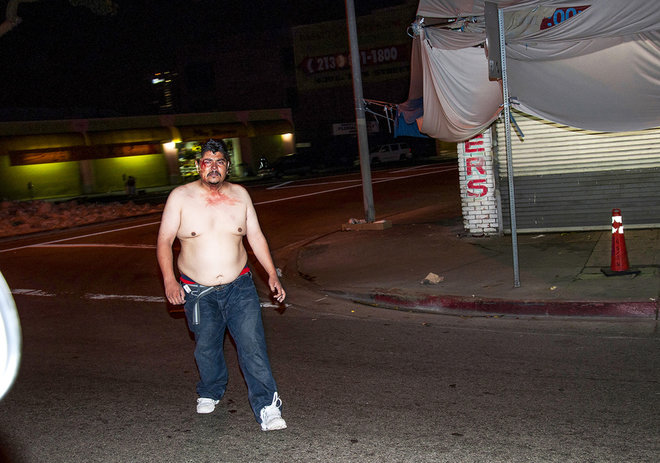 The bloody Mexican runs and stumbles toward me like he’s a step behind himself. The strobe puts spots in his blurry eyes and he growls at me. He could use another drink but the bars are closed and his pockets are empty. 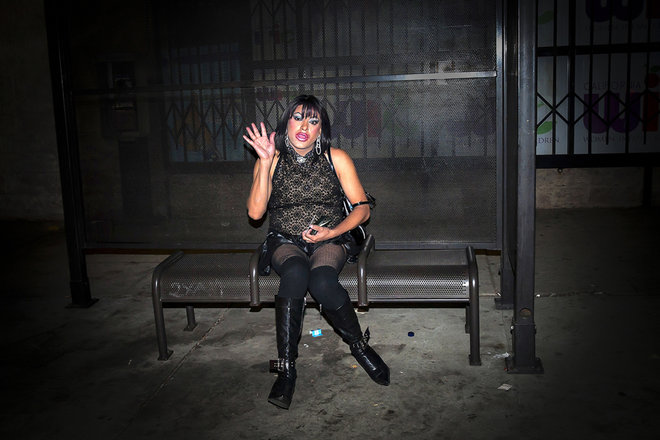 This babe looks like a deluxe blow-up doll, all pumped up and ready for action. Some guy is going to get more than he deserves and she’s going to make a little money. It’s a sad cash-up-front romance but sometimes that’s not so bad. 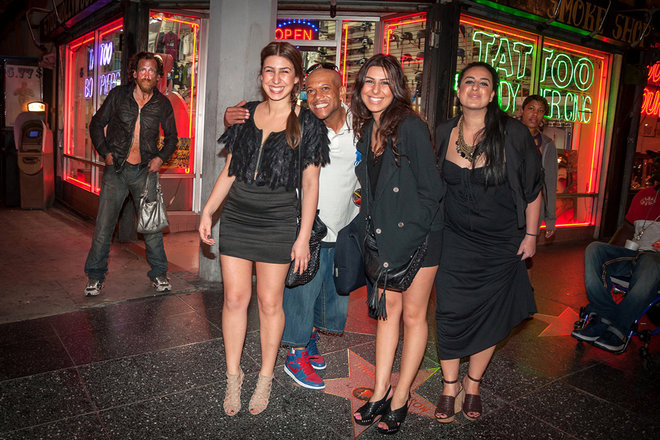 When I was a budding portrait photographer I remember a family of five: mom, dad, two preteen girls and a teenage boy. I posed the boy and tallest of the girls standing behind the seated others. I said look up here and say fuzzy pickles and everyone smiled, and as I hit the shutter the kid flipped me the bird. That’s a picture I couldn’t sell and a frame of film I paid for. Let’s do that one again, I said, and without the middle finger this time. I smiled at the kid. Dad bolted up and plastered the kid with a fat fist to the side of his head. The kid staggered around for a full minute while dad sat back down and nobody said anything. The kid finally made it back to his assigned position and smiled wide for the next picture. 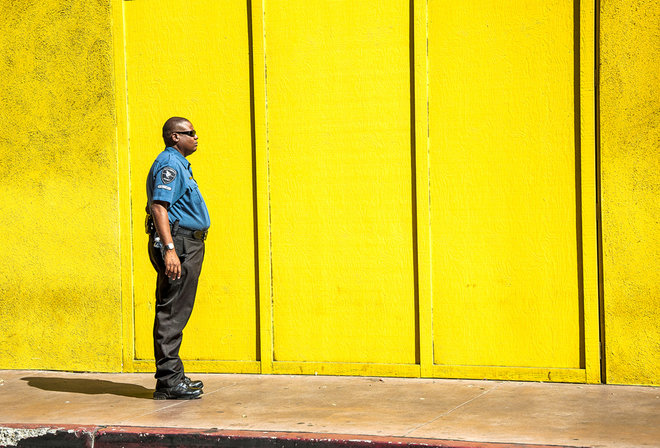 The Man With No Name

Otis is a security specialist and a film buff and he likes to imagine he is Clint Eastwood in A Fistful of Dollars. “I don't think it's nice, you laughin'. You see, my mule don't like people laughin'. Gets the crazy idea you're laughin' at him.” 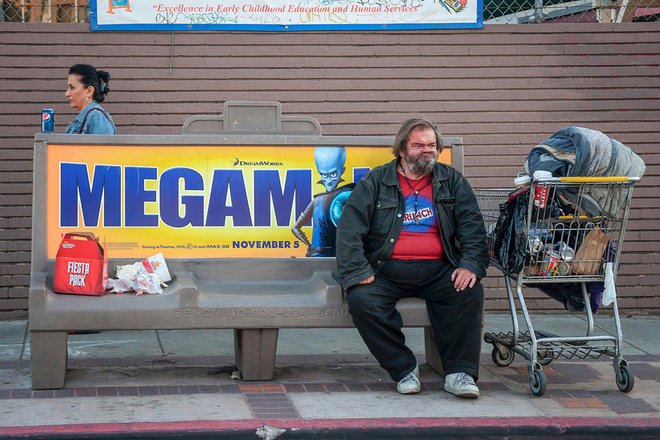 Crunch disguises himself as product placement and hopes no one will see him. 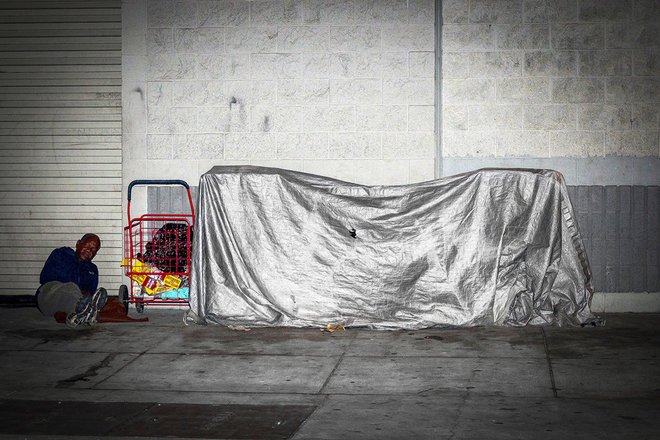 I’m nine years old crawling on a clay floor through a cave passage not much wider than my head. I hate being skinny and small but here in this Missouri cave I can go places no one else can fit. I come into a closet-sized room where I can stand, with head bowed, and no one but me has ever been here and I feel safe. I turn off the flashlight and I yell into the passageway, Hey all you fuckers, come see if you can find me! 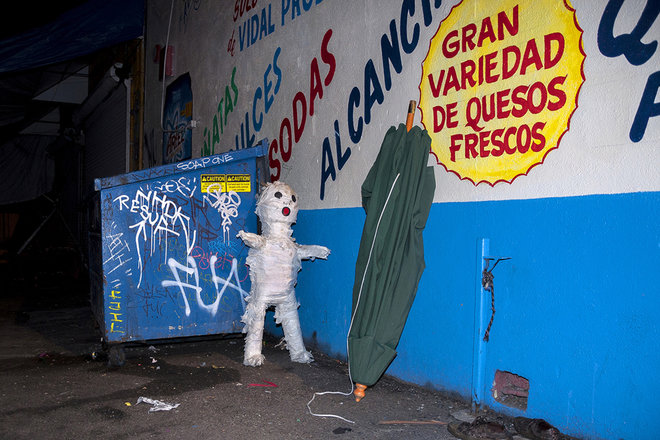 It’s 1967 and I know a paraplegic guy who broke his back in a car crash. He got an insurance settlement and a new Plymouth Barracuda outfitted with a hand-throttle. He honks and waves me over in a shopping center parking lot. I’m on my motorcycle and I pull up to his window.

Bill lights a cigarette with the dashboard lighter. “Yeah, thanks, Scotty. I’m doing fucking great, Scotty. I fucking fucked two skanks yesterday. I been getting pussy like crazy.”

I can see his legs dangling down to the floor, his pants look empty. “Oh yeah. Congratulations, man. How’d that happen?”

“I got chicks all over town is how. That’s all I do is bang girls.”

A big dumb guy named Mike, walking through the lot with a bottle in a paper bag, stops and slaps a rendition of Wipe-Out on the hood of Bill’s car. Bill honks the horn. “Hey, stupid shit! Get the fuck away from my car, before I kick your fuckin ass.”

Mike and Bill don’t know each other but I know them both; I know all the assholes and idiots in this town.

Mike comes around with a puffed-up chest and kicks Bill’s left front wheel with the heel of his boot. “I’ll pull you out of that dumb shit car and stomp your face, you fuckin’ queer-bait!”

Bill’s wheelchair is collapsed in the back seat. “Go ahead and try it, you fuckin candy ass.”

I’m between them, my bike thump thumping like a badass. “Hey, Mike, just cool it. Alright, man, just keep going wherever you were going.”

“Fuck you too, Scotty fucking Sothern, we both know I can kick your ass.”

“Nobody’s asking for your help,” Bill tells me. “Fucking shit-ass.” He flips his cigarette out the window and drives away, spinning the back tires, with his middle finger in the air.

Sad City will be published as a book by Straylight, available in November 2015. It is on display at the Mindy Solomon Gallery in Miami from Oct 23 - Dec 11, 2015.